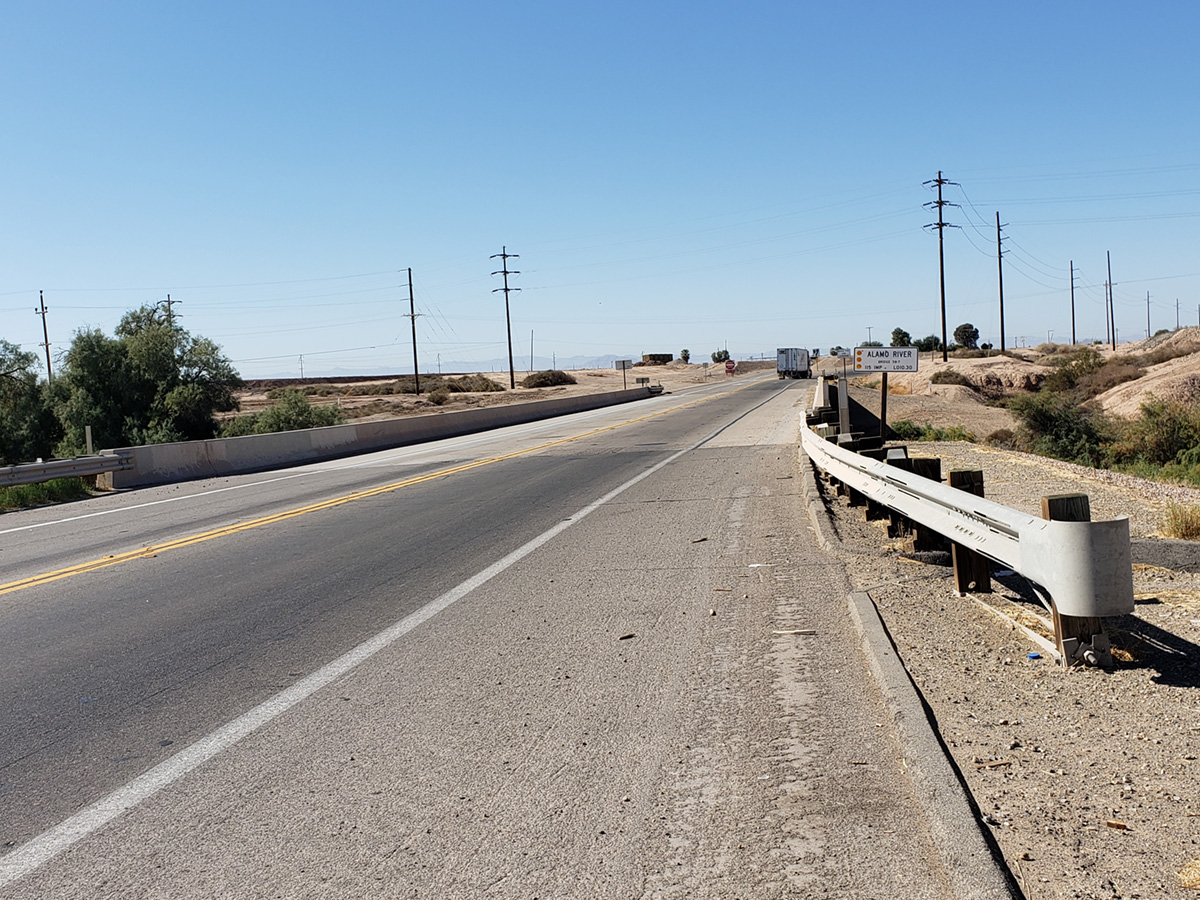 While fallen U.S. Marine Erik Silva, who perished after being ambushed during the Iraq War, now has a local highway bridge named after him, it is still not known when the signs designating that will go up.

The effort was led by Assembly Member Eduardo Garcia (D-Coachella) and in accordance with the Senate the Assembly passed Concurrent Resolution No. 37. It was signed by Gov. Gavin Newsom on July 23.

This measure designates the Alamo River Bridge on the Evan Hewes Highway (State Route 115) near the western entry to the city of Holtville as the “Marine Corporal Erik H. Silva Memorial Bridge.” A ceremony was planned by Kim Vincent, former American Legion Auxiliary Unit 138 president, who was told by Garcia last spring the dedication should be ready by Veterans Day.

“But that’s not happening now,” said Vincent from her new house in Oklahoma. “It’d be nice to come home for that. I’m waiting to learn if the Assembly is purchasing signs for the bridge or we (private supporters of ACR No. 37) have to purchase them from some bureaucratic entity.”

Silva, 22 at the time of death, was an infantry rifleman when ambushed in combat on April 3, 2003, while assigned to the 3rd Battalion, 5th Marines. He was six months shy of being honorably discharged and had planned a career with the California Highway Patrol.

The youngest of four, Silva was the third sibling to serve in the military after his brother Isaac served in the Air Force and his sister Gloria served in the Navy. Known as a quiet and friendly young man, Silva played trumpet in the Holtville High School Viking Band of Pride. He also played on the school golf and soccer teams and was a drum major the last two years of high school.

According to the text of ACR 37, the Department of Transportation is to determine the cost of installing the appropriate signs with this special designation. Then, upon receiving donations from nonstate sources covering that cost, the signs will be secured in place.

Vincent reminded Holtville residents that American Legion Post 138 was re-chartered in 1941 as the Bradley Keffer post. It honors two local servicemen: the first, Roland Bradley was killed in World War I and the second, Howard Keffer, was a radio operator on the USS Oklahoma when the ship was attacked by the Japanese at Pearl Harbor on Dec. 7, 1941. He was also killed.

Keffer was listed as missing in action until July 2019 when his remains were identified. He was buried at the Punch Bowl Cemetery, also known as the National Memorial Cemetery of the Pacific, in Honolulu.

“I haven’t talked to the Keffer family lately, but it would be nice to have his remains interred in Holtville,” said Vincent. “But his family donated his memorial flag to Post 138 since it’s named for him. It would be nice to have the bridge dedication for Erik on Pearl Harbor Remembrance Day (Dec. 7). But we can’t confirm anything until we hear more from the state Assembly.”

Next
Spurs On! Brawley Ready to Welcome Throngs for Cattle Call Events