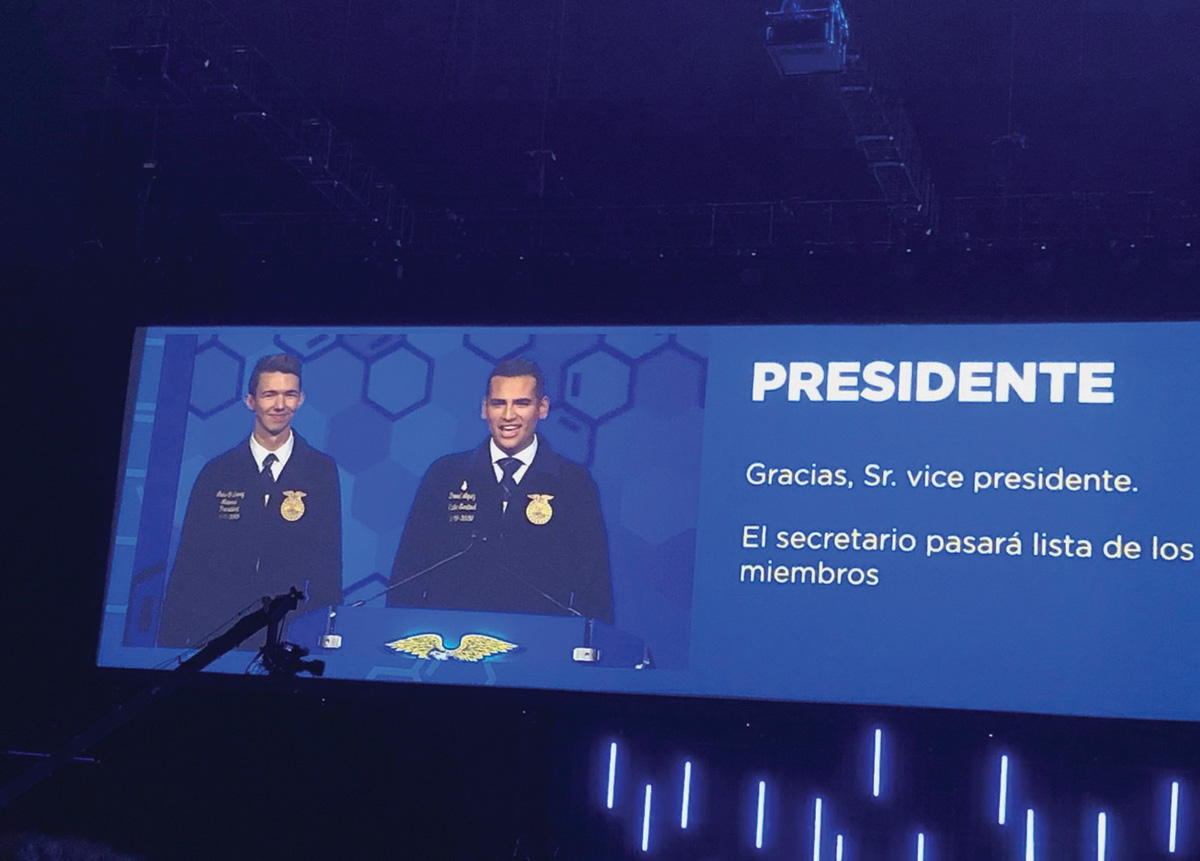 HOLTVILLE — Recently, the 92nd National FFA Convention was held with almost 70,000 students from all over the United States converging in Indianapolis.

Students arrived enthusiastic for the days ahead, and much to their surprise the gathering was a little different. Those from Holtville community may have noticed a familiar face during the opening ceremonies of the fourth general session.

Many members across the country speak a second language. Having the opening ceremonies in a different language offered a whole new National FFA Convention experience.

“I think a lot of times it’s hard to find your spot in a program and whenever you see other people like you on stage, it really inspires you. It was really an honor to represent, not only California, but also the Hispanic members in the program.” Lopez said.

Lopez said he was excited when he was asked to present the opening ceremonies in Spanish. In the weeks leading up to the convention he recalled he was nervous because he had never had to memorize anything in Spanish before.

In preparing he stated that “when I went home I spent a couple of days memorizing it, practiced for my mom and sisters. The day before I left to head back to Galt, I went to the Holtville Ag Department to practice with the gavel and the podium. Mrs. Cox and Ms. Monita walked in and just validated me, which was super cool.”

Members of the Holtville FFA chapter watched the ceremony through the National FFA live stream in their first period classes. Students have felt inspired by Lopez and his journey to become a state FFA state officer.

Watching him present the ceremonies in Spanish at the National FFA Convention truly made an impact.

“It was great to see a member of our local chapter making history on a national level by showing how diverse FFA really is,” one bilingual Holtville chapter member said.