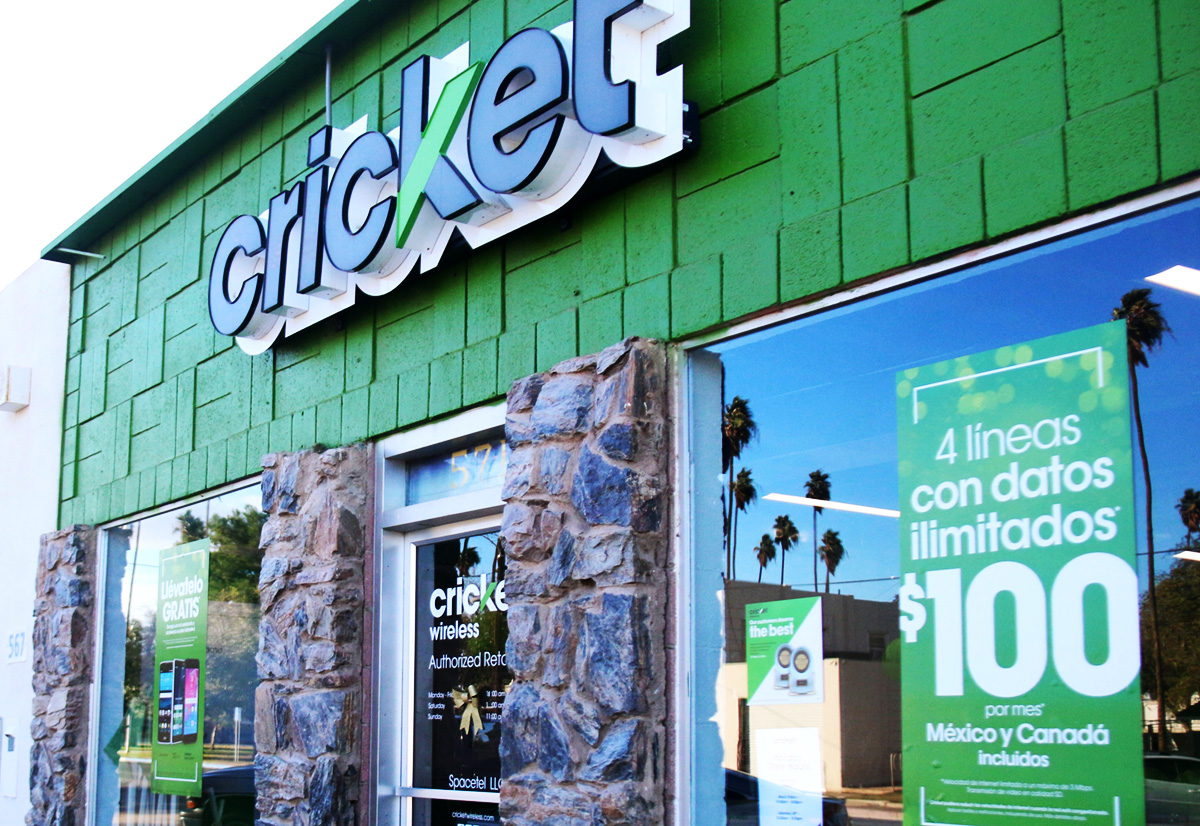 Black Friday No Given For Small-Town Retailers

HOLTVILLE — The distance between downtown Holtville and the bustling retail center surrounding the Imperial Valley Mall in El Centro is great in terms of both mileage and aura. As major retailers absorbed a flood of customers on Black Friday, Nov. 29, the Cricket Wireless store in Holtville was happy to see a few customers.

To have any hope of remaining competitive the modest storefront at 571 Pine Ave. needs to make a stellar offer. Cricket’s answer is to offer something for free and extend the sale over more than a month to straddle both Thanksgiving and Christmas.

Based on a customer’s phone of choice, Cricket will hold Black Friday sales promotions from Nov. 2 to Dec. 12, Nov. 22 to Jan. 9 and Dec. 13 to Jan. 9. Numerous models of Cricket phones are provided free when a person who already has a phone plan with another wireless carrier changes to Cricket, explained Vanessa Valenzuela, sales associate.

“But you must switch from your old service,” she stressed. “That way you can keep your old number. Cricket covers all 50 states, Mexico and Canada too.”

The free phones are mostly basic, but are all smart phones with Internet access.

“You just pay a monthly service charge,” said Valenzuela. “But obviously it’s a good value because when you compare it to the full retail price, just as if you were getting your first phone, or if you were upgrading a current Cricket account, (still a small discount) you’d have to pay a lot more.”

There are a broad range of phones available from Cricket, most running from a low of $50 to $230, noted Valenzuela.

“We cater to different lifestyles,” she said. “A lot of people prefer certain brands over others. Some people are particular about a phone’s features.”

“Actually the phone I’ve sold the most, the Moto G7 Supra, has the big screen,” said Valenzuela. “It lasts three days with just one charging boost. Also, people really like LG Stylo 5. But since it’s more expensive ($230), it doesn’t sell as well. But for holiday discounts this phone is $80. We’ll always have some phones for free after holidays, but I’m not sure which ones.”

The most popular features concerning users are the camera or storage capacity, she noted.

“All our phones are connected to the Internet, take pictures, use applications,” Valenzuela assured. “But the more expensive ones have better camera image quality, more storage capacity, bigger screens and perform tasks much faster.”

Phones, while providing entertainment features, remain a necessity, especially for parents needing to keep tabs on their children, Valenzuela added.   “Parents give their kids phones so they can check up on them at all times … where are you?,” she said. “I saw other kids in middle school with phones but I didn’t buy my own until college. I went to IVC. I’d catch a bus home to Calexico and wouldn’t get in until 11 p.m. Then I’d call my father to pick me up. It was a matter of safety, and necessity.