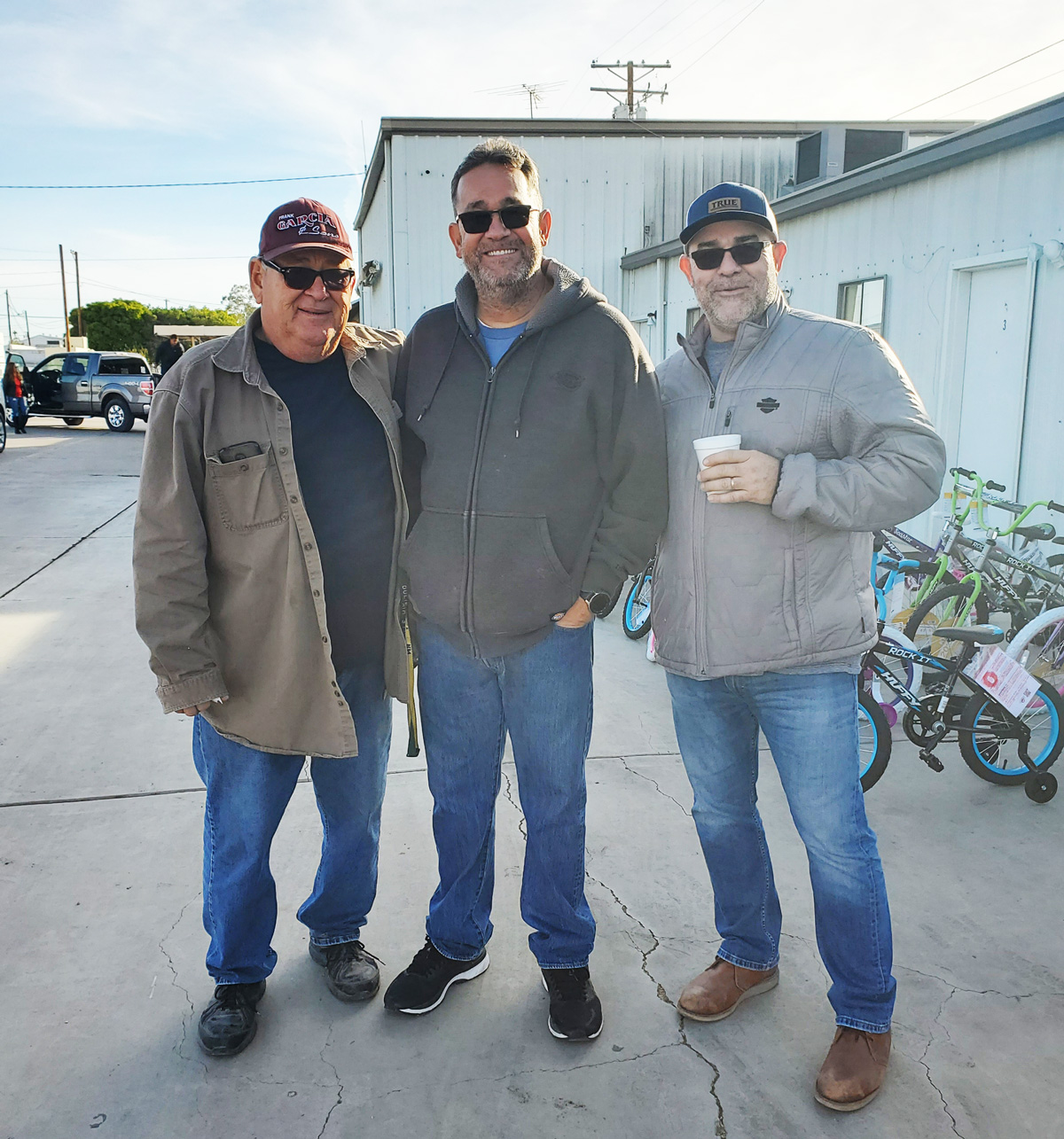 HOLTVILLE — Though the holiday season has passed for another year, leaders of the Turning Point Life Ministry in Holtville can look back fondly on a job well done helping their community.

The ministry again played Santa Claus for some Holtville residents who received a little extra holiday cheer when the organization hosted the 14th annual Mike Johnson Memorial Give Away on Dec. 21.

Mike Johnson founded Turning Point in 1994 and the annual remembrance commemorates his passing in 2010 at that time of the year.

“We probably had the biggest turnout we’ve ever had,” said Norman Chandler, Turning Point pastor. “Many people were blessed that day.”

The ministry handed out 135 boxes of food to people who pre-registered at the group’s 449 Pine Ave. address. From Nov. 1-Dec. 18 people could sign up at the Life Center each Wednesday but participants had to be Holtville residents.

“We went through 600 pounds of canned food. There was enough in each box for a family of four,” said Chandler. “We distributed bags of fruit and produce as well as tons of clothing and furniture.”

Ken Vest, Turning Point anger management facilitator, noted the group stacked furnishings and clothing, collected through the past year, in the parking lot so people could pick out the furniture or clothing they liked best and take it home with them.

“We also had 40-plus bicycles raffled off (free tickets) and there was some very happy and grateful kids,” said Vest.

Church secretary Cibia Leonard prepared the Albondigas, a traditional Mexican meatball soup. It is a simple soup base made with sautéed onions, garlic, broth and tomatoes. Into the bubbling soup a cook drops meatballs made with ground beef or ground turkey and rice.

“It was such a great community gathering, good to see and a blessing for our community,” said Vest.

In addition there were 10 scooters given away, as well as an assortment of Christmas gifts so every child received a present. Sponsors included Mark McBroom’s Bloom to Box, Vessey & Company Inc., Southland Cooling, Joe Heger Farms and Ben Abatti Jr.

“I thank all of them for the food boxes, fruit, produce, bikes and toys,” said Norm Chandler. “I also thank all our church families for their participation and if I left anyone out, please forgive me.”

Chandler said he would like to remind Imperial County residents the 25th anniversary of the Turning Point Men’s Home, as well as the 15th anniversary of the ministry, will be celebrated on March 27 from 6-9 p.m. at the Old Eucalyptus Schoolhouse west of El Centro. Those interested can RSVP at the website www.turningpointmenshome.org or by phoning the office at (760) 356-4088.

Chandler has been with Turning Point since 2004 when he was the men’s home supervisor.

“We provide a faith-based curriculum approved by the Imperial County Probation Office and certified every year since 2005,” he said.

The course accommodates 45-50, providing one class each week for one year. The class can serve as an alternative remediation for those with a misdemeanor conviction. “Some will do a four-month internship and then go into our transition living quarters with a site on our campus,” said Chandler. “We have two in transition quarters now. Some even find work and stay up to five years. They want to make certain they can succeed before they go out on their own.”