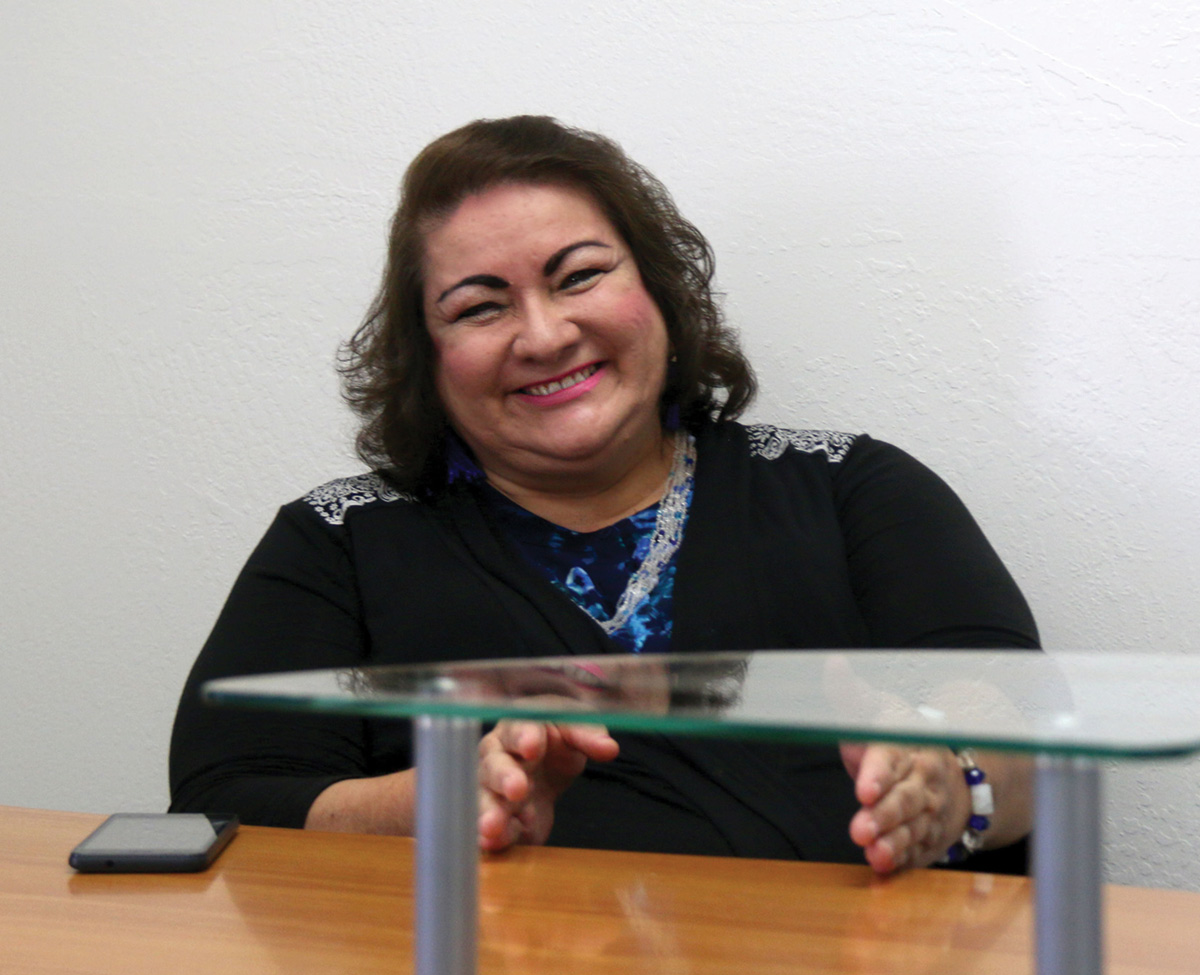 But with a can-do spirit, Villa, a Holtville resident, engages in philanthropy since she has a passion to help others improve their lives.

“She has been a blessing for our church,” said Norman Chandler, Turning Point pastor. “I know she’s participated in prior years at our Christmas food box distribution. We were so busy serving guests this past holiday season I don’t remember seeing Carolina then. But it’s typical of her devoted commitment that I’m not surprised to find out she was there.”

Villa then became a pre-school teacher for Campesinos Unidos, Inc. a nonprofit corporation implementing numerous federal, state and local entitlement programs, including those in child development. Villa has worked all over Imperial County teaching three- to five-year-olds their numbers, alphabet, colors and basic social skills.

It was her ardent concern for childhood welfare that eventually led her to make the acquaintance of Luis Olmedo, executive director of Comite Civico del Valle. Since 1987 the local nonprofit has combatted environmental degradation through education and advocacy for field workers and disadvantage families.

Upon befriending Villa, Olmedo invited her to Sacramento to coach her on how to lobby legislators in order to pass pollution-control measures, including those involving the New River.

“That was the starting point for me,” Villa recalled. “After that, I became a volunteer for Comite, but my focus was on air pollution, because I have asthma myself. My concern was to limit agricultural-field burning.”

Villa said she would restrict ag burning to just weekends in order to lessen children’s exposure to harmful emissions while at school.

“I’d love to see field burning banned,” she said. “It may not happen in my lifetime but maybe my kids’ generation.”

Villa then proceeded to seek a meeting with the Imperial County Air Pollution Control District. There were only two air monitors measuring air particulates in the county at the time. With the help of Comite, she convinced the district to invest in numerous monitors, including one at Holtville High.

Monitors measure the amount of PM10 particles in the air that can enter the lungs, and even smaller PM 2.5 that enter the bloodstream. Monitors also measure air temperature and humidity, determine air quality and forwards the data to an online server with public access.

“Orange and red flags warn schools about poor-air-quality days so students will be kept indoors for all activities then,” said Villa. “I also went to the ICAPCD and lobbied Brad Poirez (then executive director). I said, ‘I’d love to see two air monitors in every city in the county.’ I never thought it would happen but by 2018 we had 40. By then I decided to take a break with Comite to spend more time with family.”

Even before work with Comite, Villa had started an advocacy group, Seeley Citizens United, in the town where she was living in 2008. Her teenage son, Ramon Jr., was an avid soccer player at Seeley’s John Bates Park but lack of lights often cut play short.

“We (families of soccer players) got together with the Seeley water department, because that functions as a kind of government in unincorporated Seeley,” said Villa. “The kids didn’t believe it would happen, but I said have a little faith. It took four months but we got our lighting and a drinking fountain.”

Villa also pointed out the new lights encouraged more people to walk through the park at night because it was safer and even the fire department began to train there.

Also about that time, Ricardo and Marta Villa, her father-in-law and mother-in-law, recruited her to help deliver food to the homeless.

The group told the homeless they would pray for them because when a person helps another’s physical needs it follows they are more open to have their spiritual needs ministered to, she recalled. These days they feed the homeless gathered in vacant lots.

“I’m not a person to back down from anybody,” said Villa. “I have to be a little bold even if it is a little dangerous nowadays. I don’t see the homeless as criminals, but as human beings just like you or me.”

Always energetic, Villa recalled as a teenager she was a competitive disco dancer with the film “Saturday Night Fever” an inspiration for her and an older brother with whom she won numerous trophies in Mexicali, Ensenada and San Luis, Baja California, Mexico.

“In my mind I thought I’d never stop but at 17 I got involved with my church and the time of dancing was over,” said Villa. “It was fun while it lasted but now I’m committed to other things.”

Next
Holtville Kid’s Play Sews the Seeds of Excitement