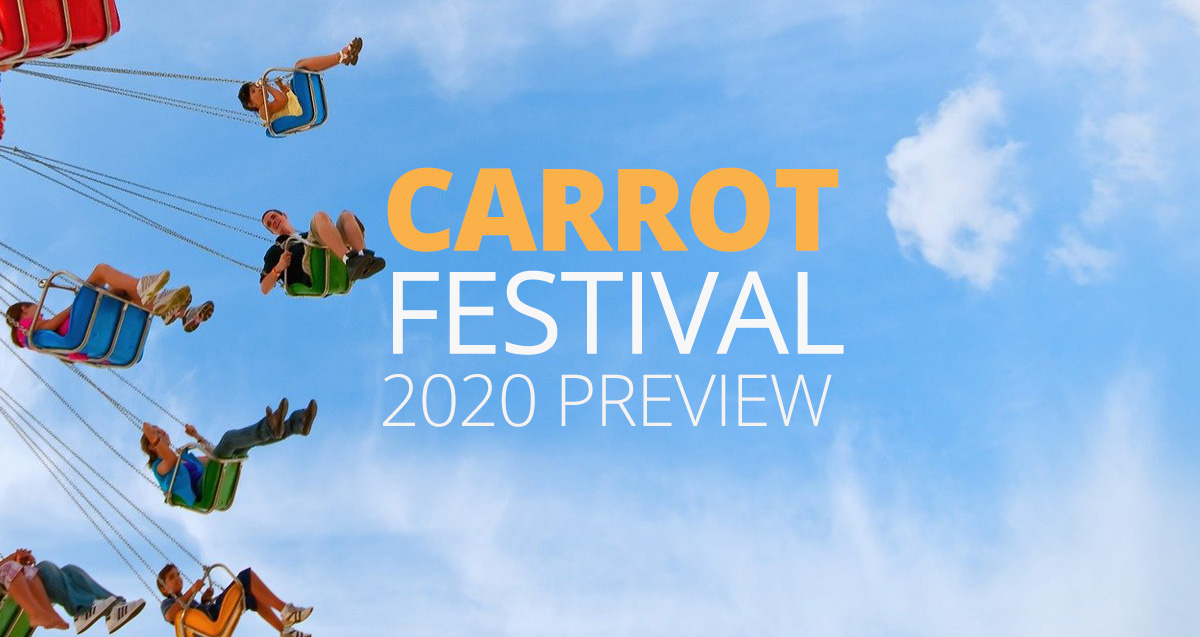 HOLTVILLE — Visions of carrots are filling many an Imperial Valley resident’s head as the 73rd Annual Carrot Festival again promises the best family fun in a small town.

Interim Holtville Chamber of Commerce Manager Rosie Allegranza noted she is very excited to be part of coordinating the event.

“This town means so much to me as I bleed green and gold,” she said. “I definitely have a lot of help from my directors, volunteers and close friends helping out as needed. I am learning along the way and am so proud and feel blessed to serve Holtville.”

The chamber had a shake up with the recent departure of its former chief executive officer but officials said chamber members and the community are working together to keep the tradition going strong.

With the Jan. 31-Feb. 9 week-long schedule of activities fast approaching in mid-January, the Carrot Festival Royalty Court contestants were preparing for the speech part of their competition. It was held Jan. 29 in the Holtville Civic Center and after this newspaper’s deadline.

Candidates were required to explain what inspired them to participate in the contest and answer what royalty means to each of them, Allegranza explained.

“One of the things I most enjoy is cheerleading,” said Alexis. “I spent nine years in youth cheer programs and am currently co-captain the Holtville High School junior varsity cheerleading squad.”

Meanwhile, Lexee Roeseler, 12, a Princess candidate, said she was enjoying the opportunity to get to know people in Holtville.

“My family and I are not from this town (originally) but I would like to make an impact in Holtville as my home town,” said Lexee. “I like the community and it is very supportive of everyone who lives here.”

Junior Princess candidate, Carmella Vallencia, 9, a cheer captain of the Viking Mighty Mites, added, “I would love to meet new people and would love to represent Holtville in all the parades.”

Junior Princess hopeful Brytni Valenzuela, 6, of El Centro, said she would be proud to win the title and represent Holtville, a venture consistent with her ambitions.

“Learning new things is something I care about the most,” she said.

The Royalty Coronation Banquet will take place Jan. 31 at the Imperial Valley Swiss Club. It begins at 6 p.m. with a dinner of tri-tip roast or chicken. Ticket are $35 each and available at the chamber, or $40 at the door.

The banquet as per tradition delights in recognizing the Citizen of the Year. This year’s recipient will be Holtville Fire Department Chief Alex Silva.

“I was very surprised,” Silva admitted. “I’m humbled by everything. I think others were far more deserving but I do appreciate it.”

The Carrot Festival carnival runs Feb. 6-9 from 4-10 p.m. adjacent to Holt Park. Some of the highlights of the many rides include the Vertigo, Zipper, Frog Hopper, Scrambler, Dizzy Dragon and Alien Invasion.

Rides cost between three and five coupons. A pre-sale booklet of 30 coupons costs $20. A pre-sale ride wristband available at the chamber office at 101 W. Fifth St. costs $22 and allows one person to ride all day for one day. An on-site wristband costs $27. An individual coupon costs $1. A sheet of 25 coupons is $23. A sheet of 80 coupons is $70.

The Carrot Fest Kickoff Concert is scheduled for Feb. 7 from 7-10 p.m. and takes place on Holt Avenue between Fifth and Sixth streets. Headlining will be Sweet Rock playing favorites from the 1980s and 1990s, as well as some country music. There will be a beer garden along with a projected 30 food vendors.

The Carrot Festival’s big day will be Feb. 8 with races, a parade, drumline competition and street fair.

The 22nd annual Festival Races get under way adjacent to Holt Park at 7 a.m. with a 4K race/walk and a 5K race.

The parade starts at 10 a.m. beginning at 5th Street and Maple Avenue and winds up just north of Hot Rods & Beer on Fifth and Cedar Ave.

For a first time the parade grand marshal will consist of the entire fire department staff of 16, including Fire Chief Silva.

“That’s the guys (and young lady) who deserve it, because they do all the hard work, ” said Silva.

After the parade trophies are presented and the drum line competition follows at the Holt Park gazebo.

The street fair with vendors selling myriad items, food and beverages will run from 8 a.m.-4 p.m. in Holt Park.

Allegranza said the chamber board voted to not have the wing cook-off that was held for the first time in 2019.

Previous
Holtville’s Taco Shop a Culinary Delight for a Generation