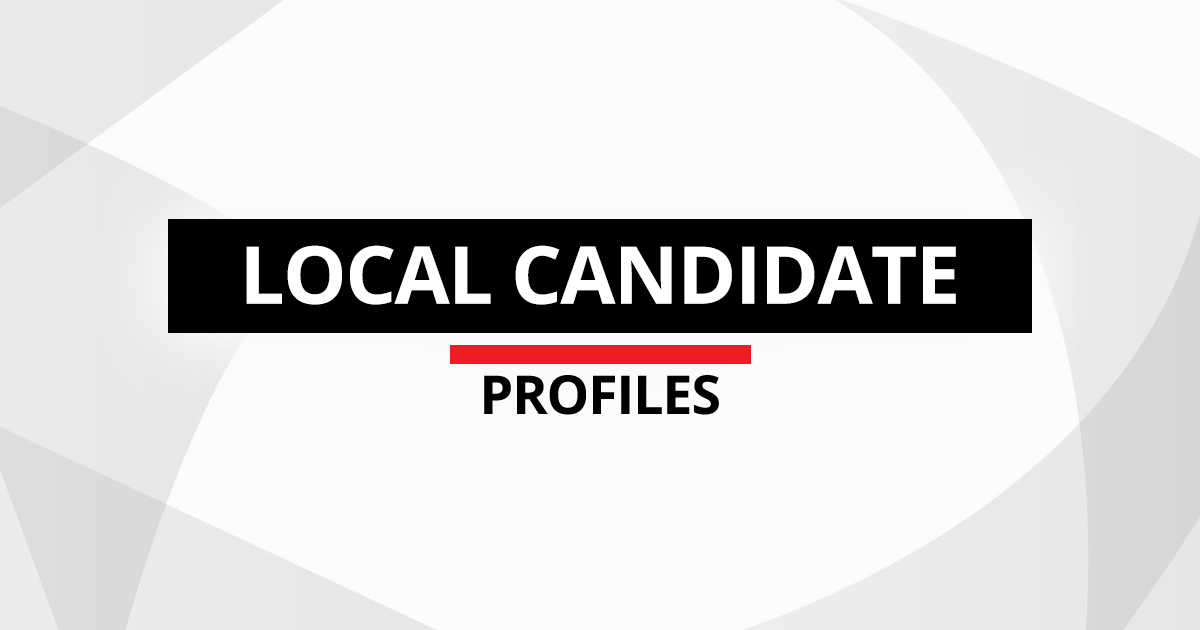 HOLTVILLE — The Holtville Tribune is pleased to present profiles of the candidates seeking local offices in the March 3 primary. The profiles that appear reflect those who responded to our request to submit a profile. If a candidate does not appear it means they did not respond. Photos are used if submitted.

Because many voters now vote early by mail we scheduled the candidate profiles to run several weeks before the election so early voters can learn more about the candidates before casting their ballots.

This week’s profiles are for Imperial Irrigation District director Division 4.

IID is the largest irrigation district in the nation and the third largest public power provider in the state. It was formed in 1911 by a vote of the people and chartered by the Legislature to protect the water rights of the Imperial Valley.

Today those water rights are under attack, and not just from outside the Imperial Valley but from within it. Agricultural landowners who use over 97 percent of the water IID delivers are challenging its ability to serve new business and industrial water customers, except through them, because they believe that they own the water and they found a local judge who agreed with them.

I voted with the rest of the IID board to appeal that judge’s decision, because it is such a serious threat to economic development and job-creation in a part of the state that has never had enough jobs to go around for the people who here, and because I believe that water is a public resource that belongs to all of us, not just some of us.

I have used my vote and my voice as an IID board member to advance the cause of the greater Imperial Valley, because our water and energy resources should be put to work for the public good, and with a public purpose. I have voted to keep IID power bills among the lowest in California, and in 2019, during my year as IID board president, the district began to receive energy from the country’s first-ever community solar project, which is already lowering the energy rates of IID’s most vulnerable ratepayers.  I believe in the IID as a force for good in the communities that it serves, and in the broader, better community of the future that we are trying to build. For all of us.

Political experience: Politically active over the past 30 years in city commissions and community advocating.

I Javier Gonzalez candidate for IID division 4 believe the position of the Imperial Irrigation District is not only to keep the lights on and the water flowing, I believe the position also entails being actively involved in all aspects of our community. Leading in grassroots initiatives and taking an active participation at all levels to help make sure that the communities we serve become safer, healthier and more eco-friendly places to live, play and grow should be a responsibility of all elected representatives. This cannot be achieved if elected representatives do not take a true leadership role in grassroots initiatives and actively lead at all levels working hand in hand with the people they serve. That is the reason I decided to run because I believe that we can better represent our communities, our neighborhoods, the Division 4 and the entire Imperial Valley in a more active and transparent way by working with the IID Board of Directors and being a true community leader initiating grassroots initiatives of all types.

As a community activist and neighborhood leader for the past thirty years, I strongly believed the need to take a more active role in our communities and our neighborhoods. Today there is little trust in public representatives, as public representatives are believed to be out of touch with their constituents. I believe I can serve the people of Imperial Valley better with a more active and participatory role, having a lifelong track record of community service and grassroots accomplishments from the ground up, as a catalyst and initiator.

I believe the position of every elected representative including the Imperial Irrigation District is much more than just voting yes or no and keeping the lights on and the water flowing. In today’s environment, we have many issues and the people deserve representatives that are much more involved and active at the grassroots level in all issues.

This cannot be achieved if elected representatives do not take a true leadership role in our communities.

Political experience: 2 and half year’s school Board member of Calexico Unified School District. 4 years of city council members and 1 year of City Mayor in city of Calexico

As a small business owner and homeowner in Calexico I will be your “watchdog” if you vote for me as an Imperial Irrigation District (IID) Board of Director in District 4. I want complete transparency to safeguard our water and not sell it to outside parties for personal profit. Having served as an elected official for both Calexico City Council and the Calexico School District, I have the experience in government issues and policies.

The electricity bills in both Heber and Calexico have been increasing and it has created a financial hardship for many of our senior citizens and families. It is well documented that the (IID) is spending our public funds on too many attorneys, lobbyists, consultants and developers. I want to protect the rights of our rate payers and expose the questionable deals that the (IID) has been involved with. My agenda: No selling of public water for personal gain to benefit special interest wealthy groups, keep the water in the valley, more construction jobs for local contractors and no more special deals with outsiders, creating work with economic developing project in Agricultural industry, senior discount program, lighting parks and street, lower rates for local residents, promote environmental and open up (IID) employment for more local residents.

Next
Carrot Cook Off Tradition Continues With a Few Tweaks