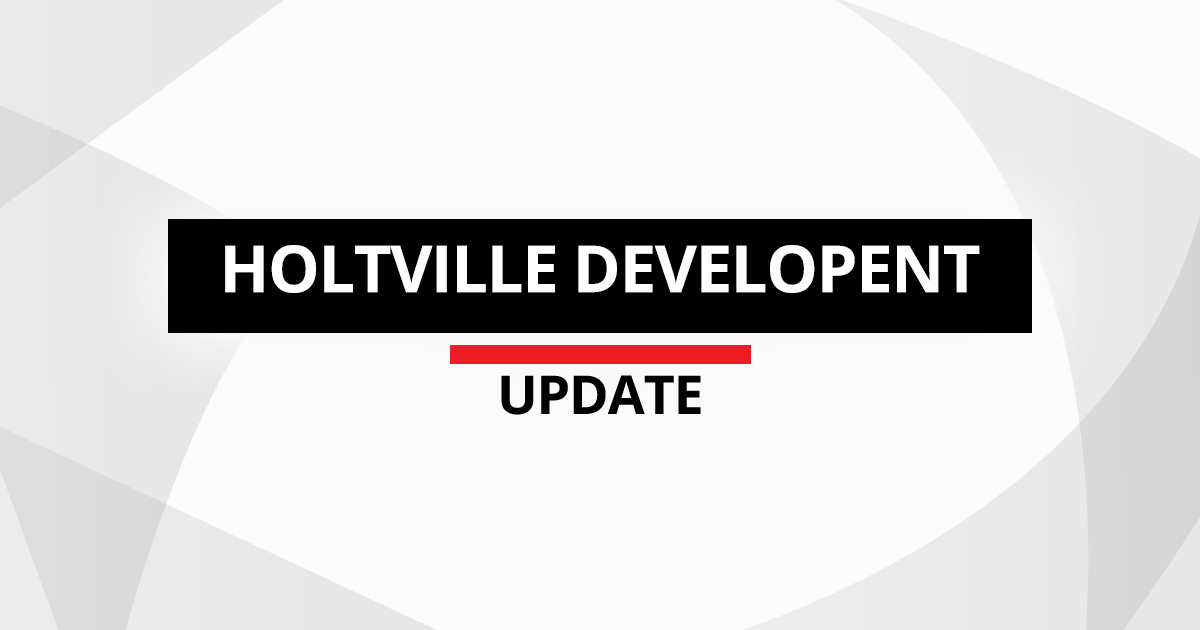 HOLTVILLE — A mixed-use development of residences and retail as proposed by AMG & Associates, Inc., has launched on a block bound by Holt Avenue, Fern Avenue and Fourth Street the week of Jan. 27, noted Holtville City Manager Nick Wells.

“There has been a flurry of activity over the past few weeks as the developer races to meet a deadline for a funding source,” said Wells at a Jan. 27 city council meeting. Building permits were issued prior to Christmas and dirt work on the site commenced this week.”

The project is known as the Fern Crossing Apartments and will include 42 units, of which 25 will be two-bedroom units and 17 three-bedroom, Jeorge Galvan, Holtville city planner, said previously. The project could also include unspecified retail development, according to city documents.

Preliminary conceptual maps and elevation renderings were submitted in April 2018 and there was approval by the planning commission and subsequently the city council, Wells explained during a recap for council members.

Civil engineering plans were submitted in July 2019 and Javier Ortiz, building inspector, completed the plan review in August. The Holt Group reviewed the plans from a civil engineering perspective and made some additional comments.

There also has been some progress on the Donut Shop at Fifth Street and Fern Avenue. The developer has completed all of the necessary requirements from the city’s perspective, noted Wells. The planning commission approved the project and a building permit was issued.

“It remodeled an existing building that was a Chevron gas station in my childhood and a livestock/pet supply store a few years back,” Wells stated in an email. “It has onsite parking and due to progress recently made, it looks to be ready to open soon.”

Another AMG project, the Sunset Rose Senior Apartments, 703 E. 3rd St., was proposed for the area of Third Street and Grape Avenue. This is a 5.29-acre parcel that would initially include 32 apartments on two acres. Rents are expected to be $550 to $800, explained Cameron Johnson, AMG representative, earlier in January. An additional 32 apartments might be built over the next five years.

“The city was asked to apply for grant funding ($ 6.1 million) to obtain a Home Investment Partnership Program under the oversight of the Housing and Urban Development department,” said Wells. “That application has been completed and submitted.”

Cuchi’s Raspados, the frozen desert restaurant, has proposed a mixed-use development at 574 Holt Ave, just south of Sixth Street. It would include two apartments. The concept passed through the planning commission the week of Jan. 20 with more review as plans are developed, explained Wells. Preliminary site work began in October.

“But an issue developed regarding the setback requirement with respect to the existing neighboring building,” said Wells. “They have made a request for a variance and are working on making the building footprint marginally smaller to allow for an alley between the apartment next door.”

The Dollar General Store slated for where State Route 115 enters the city from the west has developer NNN in recent discussions with the Dollar General corporate office and the property owner, Wells added. A meeting was held on site in early August to clarify a few items of discussion. The city received plan in September and the first series of comments were forwarded to NNN.

“The developer had us record the previously discussed lien release last week, and another round of revised plans was submitted this week so the builder hopes to imminently be issued building permits,” Wells said.