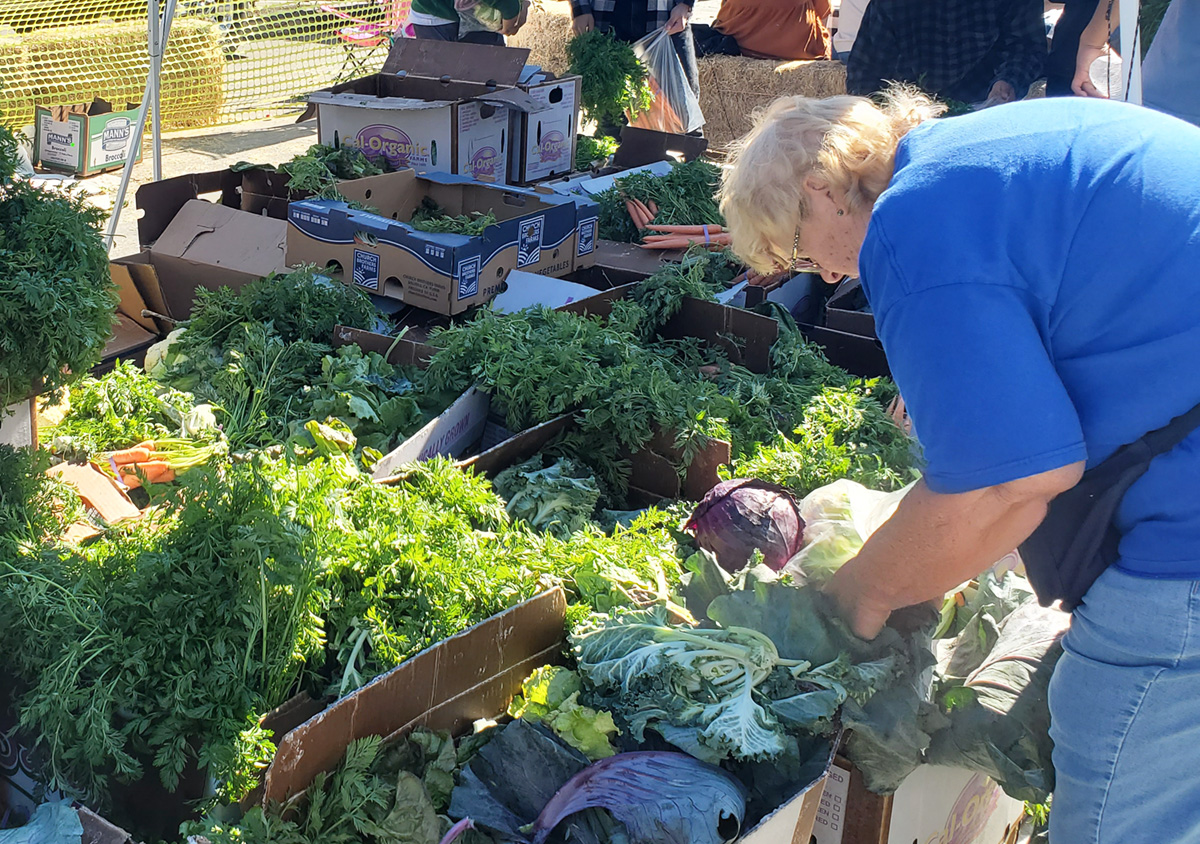 Carrot Festival Goes Beyond Its Name for Culinary Delights

HOLTVILLE — Despite long lines at food concession stands during the Carrot Festival in downtown Holtville on Feb. 8, attendees remained excited about what to eat next.

Ramiro Plascencia said he drives in from Imperial each year for what he considers the event’s main attraction–the food.

“Actually, the food is pretty good. You’ve got everything from Mexican food to hot dogs to fish tacos. There are some tacos de carne asada at a food truck that are really good,” he said.

Plascencia said he has attended the festival enough to become a sort of aficionado.

“When we first got here, we got here pretty early, there were hardly any lines for food. But right after the parade lines for food were long. It was worth it. If you want to eat, come early, before the parade, get your food, go watch the parade and enjoy it with everyone else,” he advised.

After the parade, Plascencia waited in line for a cold drink to cool off and said, “The iced lemonades are really good, especially the strawberry lemonade. It is all freshly made and there are no powders or additives like it says on their sign.”

“We introduce students to different aspects of engineering and come together for competitions. This year we are competing in Orange County,” club member and Holtville High Scholl student Isabel Ramirez said.

Maricela Valenzuela, club advisor, explained this is her first year advising the group.

“I didn’t know what I was getting myself into, but these are great kids. The students are part of the first Robotics Competition League. They compete in local and international competitions,” she said.

“We will be competing April 1-5. Registration alone is $5000 plus hotel expenses for our 12 student members,” Valenzuela added.

Staffing the antique ice cream machine, Jerry Burton said, “We are a group of men that meets every Tuesday night for dinner. Our function is to raise money for groups around town. It’s all for the kids.”

Even though for the first time in 28 years the club did not hold its rib cook off, Burton explained it still cooks for a cause.

“We take the money we make and do barbeques for different groups and donate 100 percent of the money we make to groups we are supporting. Trying to do that without the Rib Cook Off is going to be tough, but somebody’s got to do it.”

Daniel Ledesma, a member of Holtville’s Future Farmers of America, said he took the initiative to walk around the festival selling huge crates of vegetables for $7.

“We are raising money for the state conference at Disneyland later this year. I really like the FFA. I am learning welding. We also get to learn about animals, farming and other cool stuff like that,” he explained.

When asked about the quality of this year’s carrot harvest, Ledesma said, “I took a bite of a carrot earlier. It was pretty good. We have rainbow and orange carrots. We get all of the produce we sell donated by local farmers.” Whether they ate carrots or the carne asada, everyone in attendance at this year’s Carrot Festival seemed to have a big smile on their face.