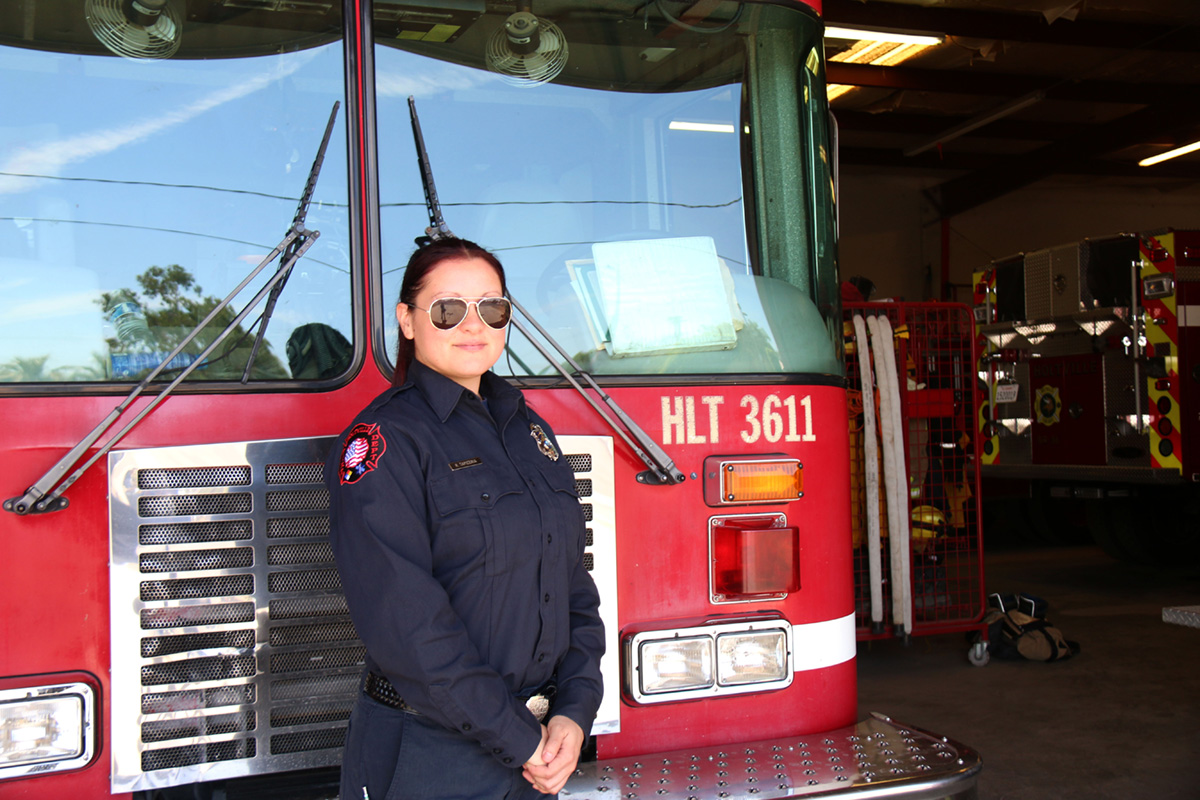 HOLTVILLE — Absent in recent years, the Holtville’s Fire Department Explorers came roaring to life in August when Chief Alex Silva said he recognized it would be a valuable tool to develop future firefighters.

“I’m so excited, as all of the crew are, to see the Explorers happening again,” said Tapiceria. “We all do the training. The Explorers are an ongoing process, it is not a school with a summer break. Our current group are all high school students.”

After the initial orientation last summer that drew six students and their parents, the Explorers expanded to eight members by fall. Three each are from El Centro and Calexico, and two from Holtville. All currently attend high school and are 18 or 19 years old. However, none have yet to enroll in the fire academy for fire science or emergency medical technician at Imperial Valley College.

“They all plan on taking classes. Not sure when they’ll enroll but I assume it’ll be in the summer because they’re still in school,” Tapiceria said.

However, the candidates made clear from the orientation not all are committed to a firefighting career. One would like to be a game warden, while another intends to become a registered nurse, she said.

All eight have clearance to go out on fire calls.

“They can do a ride-along but they cannot enter a burning building,” said Tapiceria. “Also, they can’t go to the top of a building roof. But they can accompany the full-timers to a structural, brush or vehicle fires.”

Some of the tasks Explorers are capable of handling are switching out the oxygen bottles firefighters need to use to prevent smoke inhalation. Explorers also go out on medical emergency calls. They are learning to take vital signs such as pulse, blood pressure, temperature and a patient’s level of consciousness.

The Explorers receive the demanding physical training to get into peak shape to handle the daily rigors of a fire station crew.

“They also do training with ladders, ropes and other equipment we use and how it works,” said Tapiceria. “We also take them out to use a hose that’s charged (full of flowing water), which is not easy to handle.”

Explorers make use of some local parks, such as the field behind Holtville Middle School, where they do pump training.

FOOTBALL: Familiar Face Back at QB for Vikings

The department has four fire trucks with water tanks, one from the Imperial County Fire Department. Its fleet includes brush-fire and structural-fire trucks. Explorers are not authorized to train in driving the trucks.

“We don’t ask them to do routine maintenance at the fire station,” said Tapiceria. “Nor do we press them to help wash the fire engines–that’s our job. Our focus is to develop discipline, self-esteem and engage in community involvement.”

Tapiceria said the Explorers are doing great so far and came out for the Carrot Festival serving in the department’s color guard.

“They want to learn what it takes to become a firefighter,” she said. “Aside from that, it’s the friendship we build with them.”

She also pointed out the full-timers are not only advisors but are like a family. An explorer with a personal concern can always find an empathetic ear from one of the trainers. “No matter the eventual career they go into, the training they will get here will serve them in whatever profession they choose,” she added.