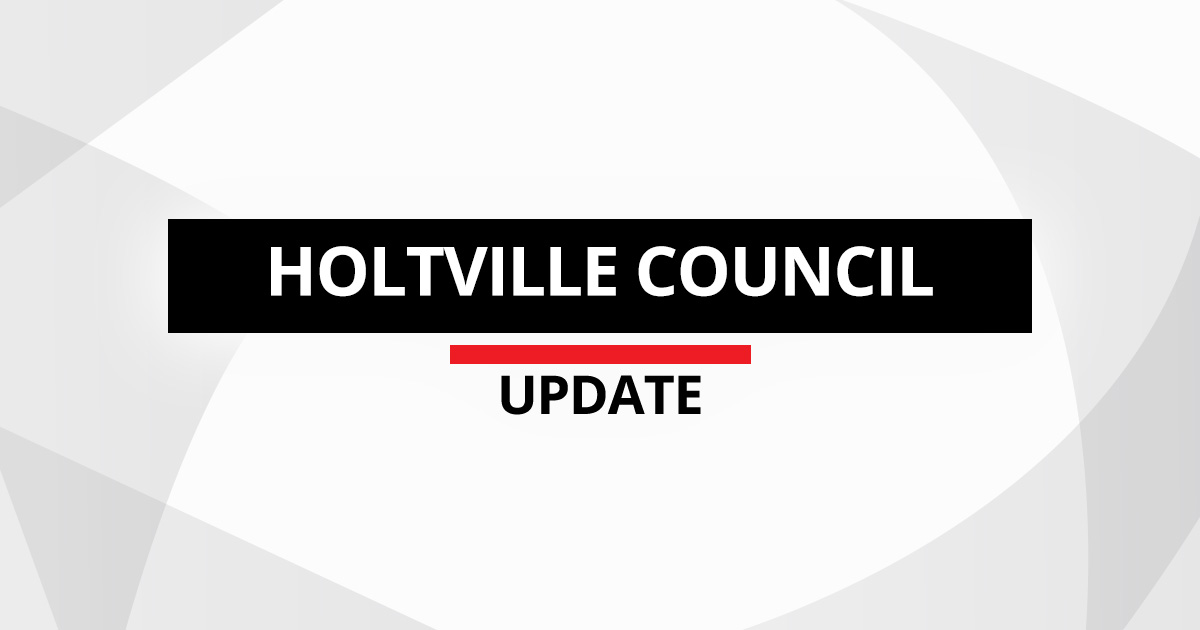 HOLTVILLE — The Holtville City Council on March 9 voted unanimously to make changes to plans to upgrade the city’s water-treatment plant.

The vote means the project’s design and construction elements will proceed separately with design occurring first.

For most projects the city hires a designer and a contractor for construction to work on parallel tracks in order to expedite completion, explained Nick Wells, Holtville city manager.

The separation was made to comply with guidelines set by the state as a condition of its funding for the project, he noted.

The Holt Group has the contract for the design and the bid for the construction was to go out while the design was still being finalized. But the state is now requiring design to be completed before construction bids can be sought.

Holtville originally applied for a state grant in 2016 and won approval in September for $4.1 million. Water-plant improvements include a shade structure over the clarifier/filter unit, pipeline rerouting between reservoirs and the replacement of emergency power generators.

The change will affect the project timeline, Wells added.

“It will now take 160 days to complete the fully-designed process and once finished we can put out requests for proposal” for construction, he said.

Any cost changes would be funded through the state grant, Wells said.

The city was ready to put the project out to bid when the State Water Resources Control Board requested the change, Wells explained.

“We were ready to go out to bid (for construction contractor) but at the 11th hour (Dec. 2019) they (Control Board) halted the project because they insisted on converting to a fully-designed project separate from the construction process,” he said.

The work is needed to meet the Control Board’s requirements to control trihalomethanes formed as a by-product when chlorine is used to disinfect drinking water, Wells added.

The Melon Apartment complex had been moving forward until the beginning of the year but nothing has changed for several months, Wells noted.

The project would include about 150 one- and two-bedroom apartments on Melon Road and West Ninth Street in the northeast corner of the parcel. But as of yet there is no estimate of when it will break ground.

A kiosk at Holtville City Hall will be prepared with laptops so residents can complete their Census forms throughout the month of April, the city Census Committee reported. However, the U.S. Census Bureau prohibits any city personnel from assisting completion of forms.

The committee includes Mayor Ginger Ward, City Finance Supervisor Kariza Preciado, city assistant Haley Dowsey. “We have received many kudos for the work being done by Mayor Ward, Kariza and Haley along with their committee to get Holtville fully counted,” said Wells.