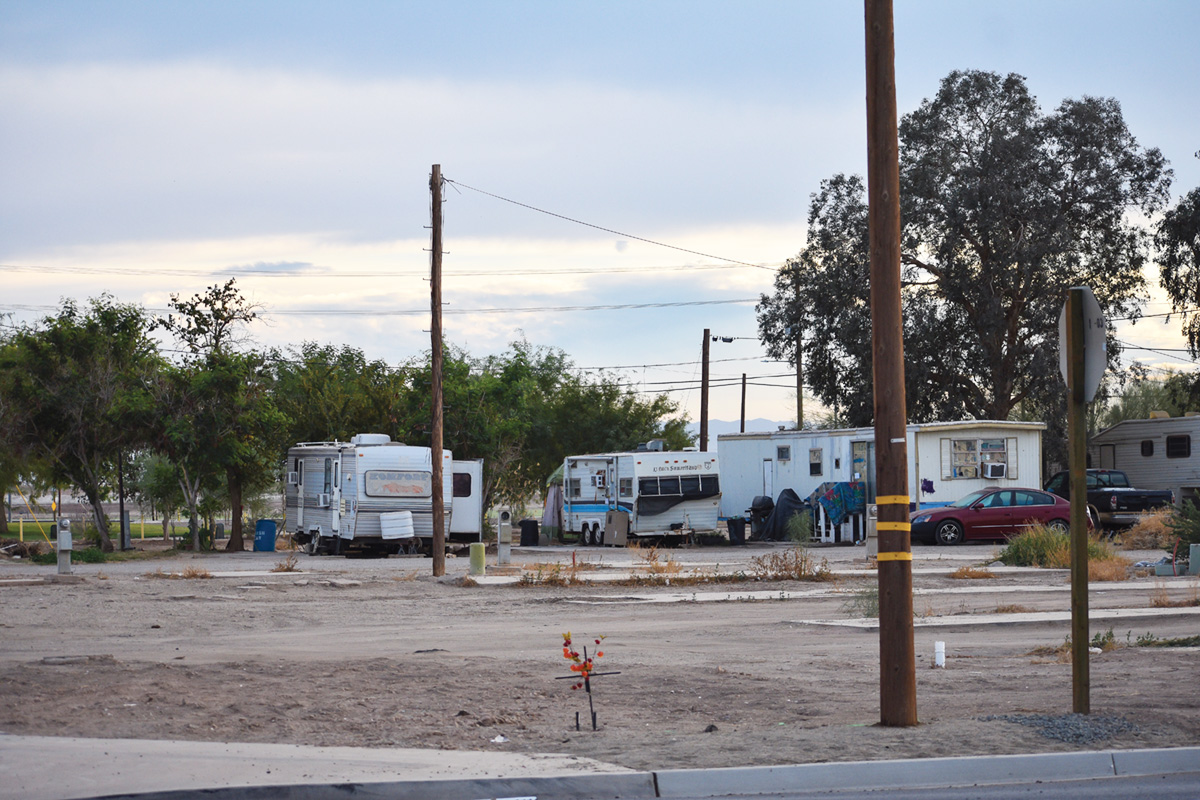 This vacant lot in Holtville, the former site of a mobile home park near Palm Avenue and Fifth Street, is planned to be the site of a Dollar General store. | FILE PHOTO
Home
Business
In BusinessLocal News

Dollar General Store on Cusp of Building in Holtville

HOLTVILLE — The long-awaited Dollar General store planned for Holtville’s west side appears to be nearing its construction phase, it has been learned.

The store would be located on a parcel formerly occupied by a mobile home park where State Route 115 enters the city. Several mobile homes are still on an adjacent lot.

A change of building contractors and compliance upgrades to conform with California Department of Transportation standards to prevent flooding of the sidewalk perimeter put the project on the fast track.

For several years, the northern half of the parcel of the Willowbend Mobile Home Park at Fifth Street and Palm Avenue has been proposed for the store. In order to get the project to proceed, ongoing discussions were held between Dollar General, contractor NNN Development, the property owner and the city, explained City Manager Nick Wells.

NNN submitted a completed packet of building plans and the corporate office of Dollar General approved the go ahead in July 2019. In August, some building clarifications were agreed to and then, in late September after additional comments from the city planner, the project was approved.

“The developer has now taken possession of the property,” Wells informed the city council on March 9. “NNN has moved materials for construction and they have begun arriving on site. But their building permit is not fully complete. There’s still some engineering issues to review. But we’re shooting for another two weeks and then they can break ground.”