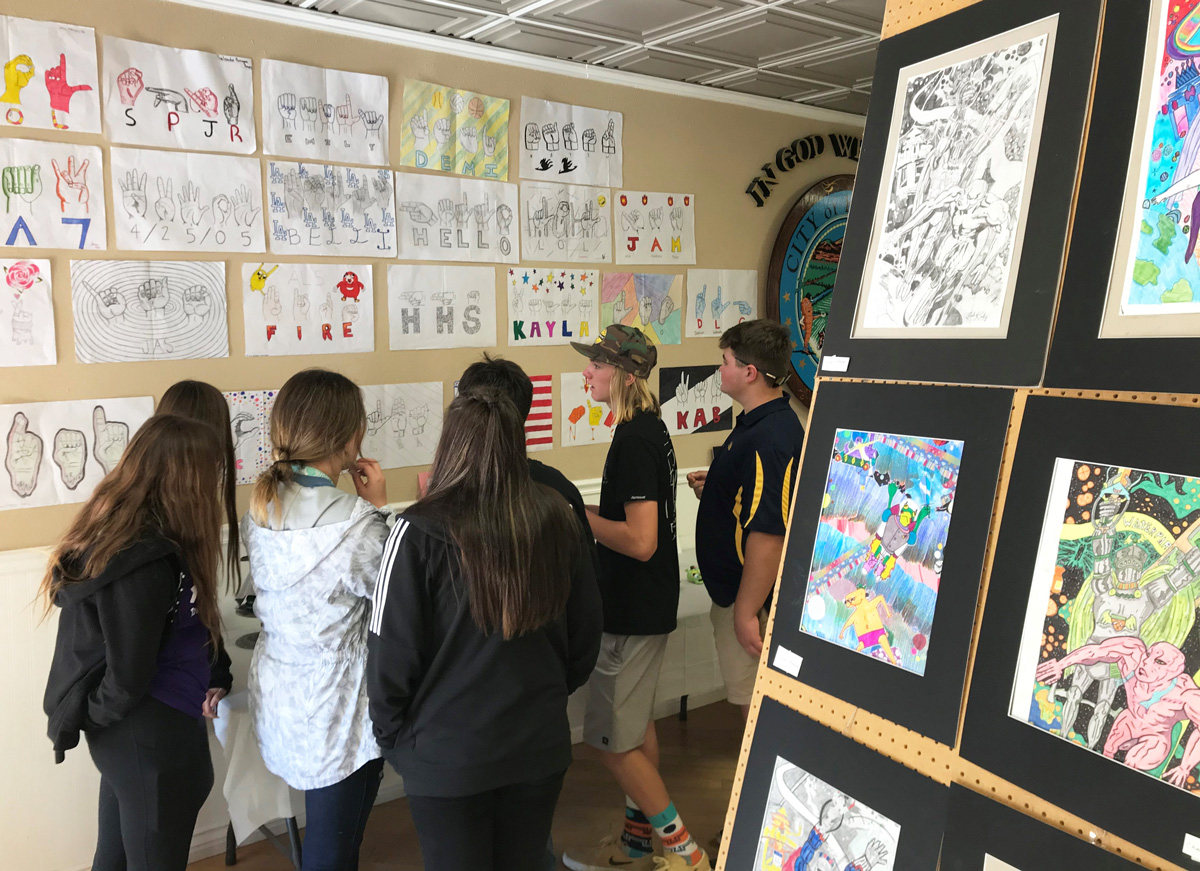 HOLTVILLE — On March 2 the Mid-Winter Fair & Fiesta held High School Madness in which  Imperial Valley schools performed and competed in contests. The Holtville High School cheerleaders and the drumline both performed.

Events included tug of war, whip cream flip, and a mascot dancing competition to get the crowd pumped. The whole fair grandstands was filled with students rocking their school gear and cheering on the contestants. The cheerleaders competed to be the best of the best but Brawley High School took first place in the cheerleader competition. The whole event was a big pep rally in which students from every high school in the Imperial Valley had a good time.

On Feb. 8, while the Holtville Carrot Festival going full blast, everyone was having fun at the events and Holtville High School’s annual art show was among them.

The displays included drawings and painting from students and gave friends and families a glimpse of what students do during art class and how gifted they are.

This art show was directed by art teacher Alfredo Guzman. During it, there was a competition and school alumnus Larissa Hanson was the judge.

Bibiana Quintinar won first place for her mixed media artwork of Wonder Woman. Second Place was given to Robert Tellez for his rendition of Squidward using modeling clay and third place was given to Yahaira Gutierrez for her drawing of Sailor Moon.

Guzman was asked what he liked about this year’s competition and he responded, “I was happy to include more student work because I had more time to set up. My personal favorite was the muscular Squidward sculpture.”

He was also asked what he does to get more people involved in art.

“We like to get more people involved through the art club and using the student’s work,” he said. “I appreciate that the Carrot Festival allows a venue for the students so that they can have their work displayed.”

Bibiana was asked how she felt winning first place in the art show and responded by saying, “Surprised because I didn’t know I was going to win or that Mr. Guzman had put my artwork up. When he told me, I was so excited. I feel recognized because of my art.”

Omar Corral, one of the parents who attended, commented, “I liked the creativity that each child had. I also liked that it was a very personal event. Each student drew what they liked. For example, if someone likes Dragon ball they would draw Goku or any other character from the anime.” Art is one of the many outlets that allows a student to express themselves non verbally. It allows people to see a different side of them. The Holtville art show allowed kids to take pride in what they did.

Next
Funding Sought for Memorial for Fallen Holtville Marine