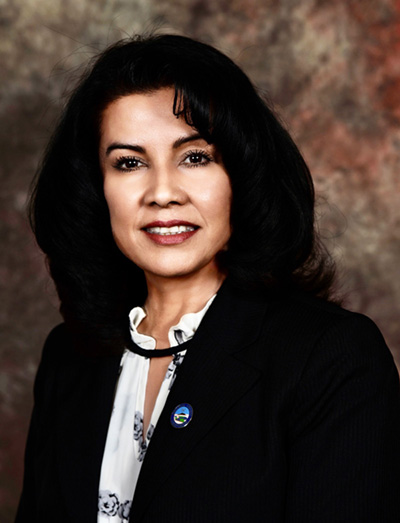 IMPERIAL COUNTY — Although high hopes for the accuracy of the 2020 Census have been affected by the COVID-19 pandemic, the deadline for the count has been extended three months and efforts are underway to get back on track, according to county officials.

Census officials will resume field operations locally, meaning they will go door to door, starting June 1, according to the bureau, Colio Warren said.

In the meantime, local count efforts are being pushed online and through telephone banks being operated by local volunteer groups, Colio Warren said April 20.

“We have three partners, Comite Civico, the (Imperial Valley) LGBT Resource Center and Campesinos Unidos), (that) have volunteers with a cell phone … available to help people with the hotline,” Colio Warren said. “People feel more confident calling someone in their own language and having someone help them complete the questionnaire.”

Warren explained the U.S. Census Bureau is tracking response rates weekly by location. Official count efforts got under way in late March. As of April 20, Imperial County’s response rate is at 41.3 percent, Colio Warren said. California is at 51.9 percent.

“We are receiving some in the mail, but most is online,” she added.

Colio Warren shared why some may be apprehensive about completing the census questionnaire.

“People are afraid of being deported if they are non-citizens. I came to Imperial County from Mexicali when I was 21. The rules are different in the U.S. The way the system works is different. I spent nine years in school here, so now I can relate how people are afraid of the system and that is why the hotline is so important,” she said.

Colio Warren spoke about how the COVID pandemic has drastically affected the county census committee’s ability to complete the 2020 census.

“The plan was to send people door to door and set up kiosks all over the Imperial County, but we had to stop that to prevent the spread of COVID,” she said.

Imperial County and its partners in the 2020 Census shut down the planned 31 informational kiosks located at different locations in Imperial County along with all canvassing activities and events.

Ricardo Ortega, a special projects manager with Neighborhood House in Calexico, was one of the leads on a Calexico subcommittee formed to increase the count in the city through door-to-door canvassing. He said the virus ended all of that.

“We did a lot of volunteer canvassing and we were ready to start kiosk centers and had already bought laps tops when the whole coronavirus thing started and that brought everything to a stop,” he said.

Ortega encourages residents to complete the census through the internet, telephone and mail.

“We had a good plan to start, but everything went topsy turvy when the virus started,” he added.

Ortega said he thinks the extended deadline for the count isn’t enough time to recover from the time lost by the virus.

“The date to complete the census should be pushed back even further because we still have to have direct contact with people to encourage them to participate. Hopefully, they will push it even further back to the end of the year,” he added.

* Response rates as of April 20