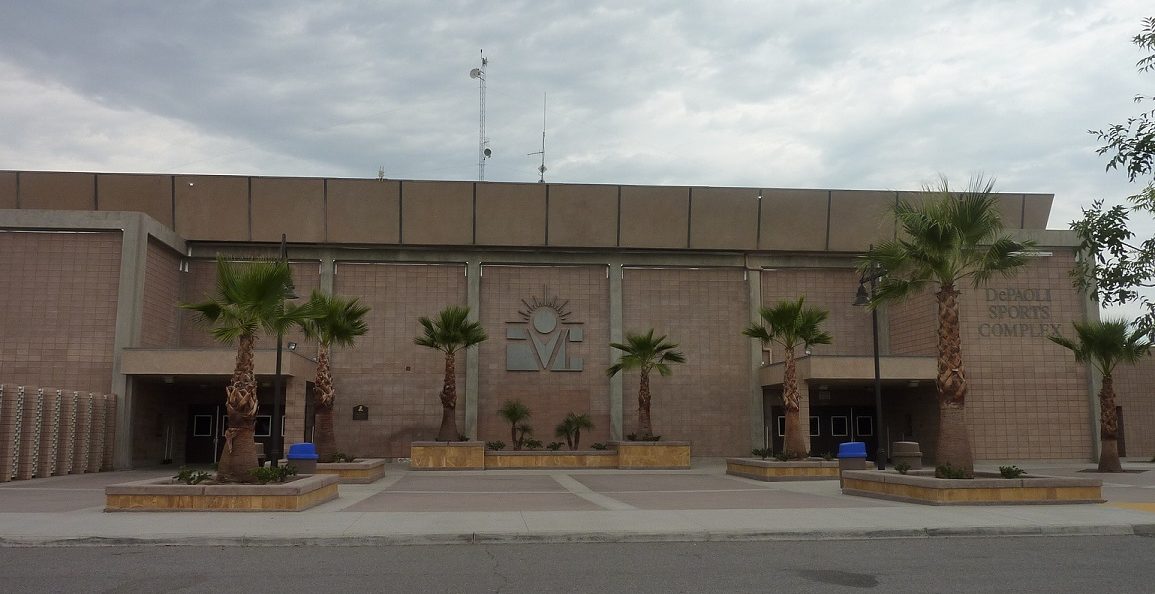 IMPERIAL COUNTY — As public health officials continue to press forward with meeting state criteria to continue opening up businesses and modify health orders in Imperial County, the high rates of hospitalization and the infectiousness related to COVID-19 have put any real movement on the resumption of normal life on hold.

Over a three-day period, starting May 18 through May 20, an explosion in COVID-positive patients requiring hospitalization has caused rates to skyrocket, Imperial County’s two hospital emergency departments to temporarily divert COVID patients to other facilities, and necessitate the establishment of a “federal medical station” inside the Imperial Valley College gym as soon as May 22 to handle the overflow of COVID patients.

Meanwhile, ever-evolving changes to health metrics at the state level is allowing Imperial County Public Health Department officials to inch closer to being able to speed up its efforts to open businesses considered higher risk in what is considered Stage 2 of the state and county’s four-stage Roadmap to Recovery.

The Latest Developments: IVC as a ‘Field Hospital’?

The U.S. Army Core of Engineers has identified and designated the IVC gymnasium, known as the DePaoli Sports Complex, for use as a “federal medical station” with the ability to accommodate 80 COVID-patients to be medically treated and quarantined, Imperial County Emergency Medical Services Manager Chris Herring said during a May 20 press conference.

“This is not a hospital. Patients admitted to the federal medical station will be transferred from local hospitals. The patients admitted here are not the sickest patients in the hospital,” Herring said.

The facility will be staffed by the U.S. National Guard and California Assistance Medical Teams (CAL MAT) and is scheduled to open by May 22.

“This facility will be used to quarantine patients that do not need much attention to open up space in the hospitals for high-risk patients,” Imperial County Public Health Officer, Dr. Stephen Munday, said during the press conference May 20. “The ability to the handle a surge has multiple components like having the ability to send patients to other facilities.”

On the morning of May 19, the chief executive officers of El Centro Regional Medical Center and Pioneers Memorial Hospital in Brawley put their emergency departments on “divert,” meaning they would no longer accept any new COVID patients following a surge in COVID-positive cases from Mexicali that started late May 18.

The diversion, which ended sometime in the evening May 19, did not affect patients seeking treatment at either of the hospital E.R.’s for conditions or problems not related to COVID, ECRMC CEO Adolphe Edward said. Edward announced the diversion was called off during his daily Facebook Live chat around 9 a.m. May 20.

“Yesterday (May 19) we were notified that there was a 27 percent increase in hospitalization of new COVID patients between (May 18 and 19),” Herring said May 20. “There are currently 93 patients in both hospitals in the Imperial Valley (with COVID).”

He said that was a 13 percent change from one day to the next.

Imperial County is still “on the front-end of our epidemiological curve,” Munday told the Imperial County Board of Supervisors during a Public Health Department update May 19.

Herring said that local medical officials were working closely with the state government to meet the care needs presented from the two-day surge.

“Our mutual-aid system has been working well from our perspective. We were notified about the surge around 7:30 (a.m. May 19) and immediately reached out for help from the state, who only took two to three hours to respond. We feel we are getting the help we need,” Herring said during the press conference.

He explained how the state was able to help local hospitals.

“We reached out to the state because we needed to move patients out of the hospital to free up space. The ambulance strike team helps find hospitals that can handle the sickest patients and arrange transportation,” Herring said May 20.

Some 40 patients were moved from local hospitals to other healthcare facilities in Southern California, he said.

The Mexicali Effect on Local Conditions

It has never been precisely clear how serious the conditions are in Mexicali and Baja California, but anecdotally local officials are described the situation as dire and that hospital facilities there are “overwhelmed.”

While Edward said earlier in the day May 19 that reports were that all hospitals in Mexicali were full and no longer accepting COVID-positive patients, ECRMC officials modified that message toward the end of the day.

“Patients presenting at the emergency room (were) reporting hospitals in Mexicali weren’t taking any more COVID patients. We have confirmed two of the private hospitals were not accepting additional COVID patients as of this morning. Keep in mind this is a very fluid situation, so what was true this morning, may have changed,” El Centro hospital officials stated in an email to this newspaper around 3:30 p.m. May 19.

County public health officials have long said that conditions in Mexicali would mirror conditions in Imperial County, and they confirmed the situation with COVID cases in the city of more than 1 million people was worsening.

The numbers Imperial County are seeing are a direct reflection of what is happening in Mexicali and along the Baja California border, Munday said May 19.

Although he had no firm data available at the time, “There is a very difficult situation in northern Baja (California),” Munday told the county board.

Mexicali hospitals and emergency services are “overwhelmed,” supplies of personal protective equipment are exhausted and “overwhelmed,” and COVID hospitals have “turned people away, because there’s not enough capacity to help them,” Munday said May 19.

As of noon May 20, Mexicali had reported 134 COVID-related deaths, a total of 1,463 COVID-positive cases and 207 cases pending confirmation. Baja California as a whole reported 590 deaths and nearly 3,500 confirmed positive cases.

Imperial County Public Health Director Janette Angulo updated the county board May 19 regarding the department’s efforts to meet state health metrics, known as “regional variance criteria,” to move further along in opening more high-risk businesses and ease up on health orders.

Part of that presentation was informing the board and the public that what were hard and fast metrics established by the state as little as two weeks ago, had shifted over the weekend to make it easier to meet certain health bars to open businesses more quickly.

Angulo informed the board that her department has just about completed a report for the state that shows Imperial County has met nearly every “regional variance criteria” standard with the exception of one: the all-important “epidemiologic stability of COVID-19.”

Formerly (as in last week), based on the population of Imperial County, Public Health had to show that there were no more than 14 new cases a day of COVID-19 for 14 consecutive days, something the county was nowhere near achieving as new cases have consistently been in the upper 30s to 60s for a least a week or more.

However, Angulo said May 19 those epidemiological stability standards were substantially “modified over the weekend” by the state.

Under the new rules, the criteria went from 14 days to a seven-day period of stable or decreasing numbers for testing positive. The state is now requiring less than 8 percent positive tests for the past seven days, while Imperial County was at an average of 24 percent for the seven-day period between May 8 and May 14, which is significantly above the metric.

However, in every other category, Angulo said Imperial County met the metric, including a second requirement in epidemiological stability related to hospitalization rates.

Angulo informed the county board that the report to the state is considered all but complete, so that the minute Imperial County meets the final criteria, the report can be approved by the health officer and sent to the Governor’s office.

Meanwhile, even though so many of the metrics have been met, Munday and Angulo reminded the public that it will take significant work to reach the final bar and to do that the stay-at-home health orders and face-covering requirements must remain.

“We’re counting on the public’s continued compliance with the orders to enable us to relax restrictions. We are committed to making sure that Imperial County is in the best position to continue to protect the health and safety of our community as we progressively get back to normal,” Munday said.

Next
Father Moreno Feeds his Flock in Drive-By Blessings