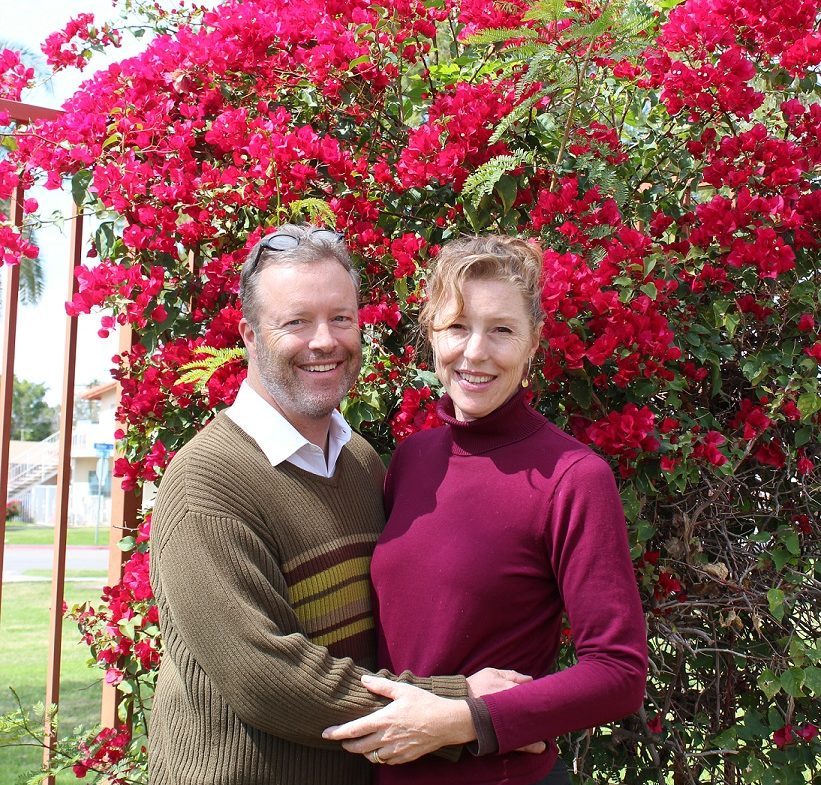 Mark R. Wheeler has been named associate dean for academic affairs at San Diego State University-Imperial Valley campus in Calexico. Wheeler will start the job in June. Next to him is his wife, Alexandra Hart. | COURTESY PHOTO
Home
Regional News
In Regional News

CALEXICO — Mark R. Wheeler has been named associate dean for academic affairs at San Diego State University-Imperial Valley campus in Calexico. Wheeler will start the job in June, according to an SDSU-IV press release.

“A lot of things just came together to make this the right time for me to take this step,” Wheeler stated in a press release.

Wheeler joins the administrative team at a time when SDSU-IV Dean Gregorio M. Ponce and SDSU President Adela de la Torre have stated their intent to see the Calexico campus enrollment double to more than 2,000 students over the next few years.

“Since I’ve known Mark, he’s offered to do anything he can to help us achieve our goals for the campus. He’s enthusiastic about what we are doing. And, he has the experience and connections in the university and the CSU system to help us build this local university to meet the Imperial Valley’s higher education needs,” Ponce stated in the release.

Even as he prepares for his new position, Wheeler has worked to ensure SDSU-IV is recognized and fully integrated in SDSU governance. In March, for the first time in the university’s history, Wheeler convened a University Senate meeting at the Imperial Valley campus, with other members of the university’s governing body joining through Zoom. And he put into motion a plan to include SDSU-IV as one of the regular sites for the University Senate’s meetings in future years.

Wheeler’s book, “Being Measured: Truth and Falsehood in Aristotle’s Metaphysics,” was recently published by SUNY Press. The book is based on about 25 years of research and writing, he said.

Wheeler has a Ph.D. in philosophy from the University of Rochester, in Rochester, N.Y. He joined the philosophy faculty at SDSU as an assistant professor in 1995. In August 2019, he was made a full professor.

In addition to being chair of the Department of Philosophy at SDSU, he is director of the Institute of Ethics and Public Affairs at SDSU and has held numerous other leadership roles in the university. He has published numerous articles and book chapters and received many accolades and honors, including the Most Influential Faculty Award for the SDSU Department of Philosophy in 2018-19.

He stated he is enthusiastic about joining the Imperial Valley campus team and the chance to work with Dean Ponce.

“I see how he comports himself as a diplomatic leader,” Wheeler stated. “He’s just a wonderful human being.”

Wheeler and his wife, Alexandra Hart, a noted metalsmith and jeweler, are moving to the Valley and plan to immerse themselves in the campus and broader community. “It is the perfect time for me to make a change, to bring together what I enjoy and what I am good at,” he stated. “I like to be a leader with people I am serving.”

Next
Dozens Turn Out for Drive-By Tribute to Farmworkers