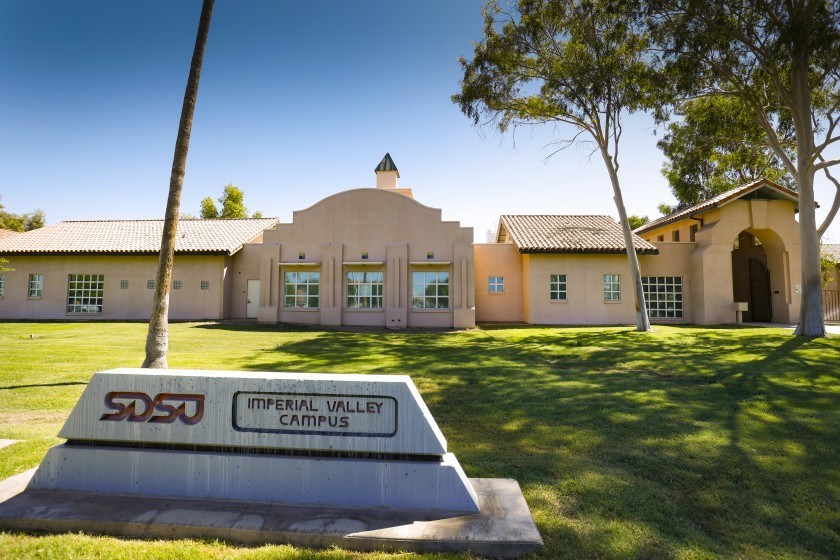 San Diego State University-Imperial Valley campus Class of 2020 stands out for many reasons – including the fact that it is the largest graduating class in the Calexico campus’ 60-year history, according to a press release.

This class includes graduates of the campus’ first cohort of the Master of Science in Nursing Leadership in Healthcare program. And, the class has endured, and even thrived, amid extraordinary changes as it moved to online coursework in response to the COVID-19 pandemic.

While an in-person commencement has been postponed until December, the entire SDSU community participated in a “virtual celebration” for the Class of 2020 on May 16.

The SDSU-IV graduating class is 382 students, up from 329 last year. The Class of 2020 graduation caps a year of tremendous growth at the local campus that included the highest-ever enrollment in both the fall and spring semesters and the first full-time freshman class in nearly a decade.

In a message to the graduates, SDSU-IV Dean Gregorio A. Ponce, wrote, “Over the past few years, you joined and helped form a unique community of learners and researchers at SDSU-Imperial Valley intent on expanding minds and opening doors for everyone. Your example will inspire future generations of students and your presence here inspires us in our journey to be of service to our students and our community.”

Three students in the SDSU-IV graduating class are being recognized for their special achievements. Carlos Montaño received the campus’ Academic Excellence award. Julie Crothers, who is receiving a Master of Science in Nursing Leadership in Healthcare Program, was named SDSU’s top nursing-program graduate. Elvira Reyes-Hernandez was named SDSU-IV’s Outstanding Graduate for her academic work and service to the campus and community.

Montaño, who received his degree in Liberal Studies with an Emphasis in Mathematics, aspires to teach math at middle school or high school. He is planning to study for his teaching credential and master’s degree.

He said professors Bret Kofford and Stacy Bodus further inspired and motivated him to become a teacher. Another highlight of his college career, Montaño said, was the chance to study abroad in Ireland. “It impacted me greatly because it allowed me to experience a new culture.”

Crothers, an RN with Pioneers Memorial Healthcare District for 10 years, said she got her bachelor’s degree in nursing “because I knew early on that I wanted to help and take care of people.”

However, she said, “Until I started the master’s program at SDSU-Imperial Valley, I didn’t realize how broad the scope of nursing can be, how large a role a nurse can play in a community, in creating change for the better.”

At PMH, she was recently promoted to supervise nursing care for all adult services, including medical-surgical, ICU and OB/GYN.

As part of the master’s degree program, each student is required to lead a change project.  Crothers identified concerns surrounding end-of-life cases at the hospital. She led a team that developed and implemented a program that provides information and a sense of closure for surviving family members and the nursing staff.

Of the master’s program, Crothers said, “It really broadens your perspective and makes you more confident in what you can do.”

“She (Hoyt) is such a positive, bright personality,” Crothers said, “And, she is at the table for so many positive changes in the community.”

Hoyt said, “Julie is humble, yet confident, which is a truly amazing attribute for transformational leadership. Her love for nursing, her patients, and community is evident in all she does.”

She added, “Julie is deserving of this award and is a testament to the amazing students we have at SDSU-Imperial Valley.”

Reyes-Hernandez transferred to SDSU-IV from Imperial Valley College as a psychology major eager to get on with the education she delayed when she got married and started her family. She immediately immersed herself in opportunities she had not known existed.

“It was like, wow, this place is a jewel,” Reyes-Hernandez said. “People have no idea what is available here.”

She was captivated by cultural psychology, relished the chance to help conduct research, became a campus leader as president of the campus Psychology Club in 2019 and served a term as Associated Students Senator. She named Linda Abarbanell as her most influential faculty member.

Abarbanell said, “Elvira was not only an excellent student academically, she enhanced the classroom environment and the learning of the other students.”

Abarbanell said, “Elvira is one of those students that takes advantage of every opportunity and does not take her education for granted. … Elvira is more than deserving (for this award) and I could not be more proud of her.”

Of her experience at SDSU IV, Reyes-Hernandez said, “This is where I was meant to be. I am naturally curious. With qualitative research I get to talk to people and what we’re doing is increasing our knowledge.” While Reyes-Hernandez plans on entering the Master’s in Social Work program at SDSU Imperial Valley in the fall, she said she plans to continue to work on Abarbanell’s research projects.

Previous
Dozens Turn Out for Drive-By Tribute to Farmworkers

Next
4-H Ambassadors Make Hundreds of Masks, Kits During Quarantine