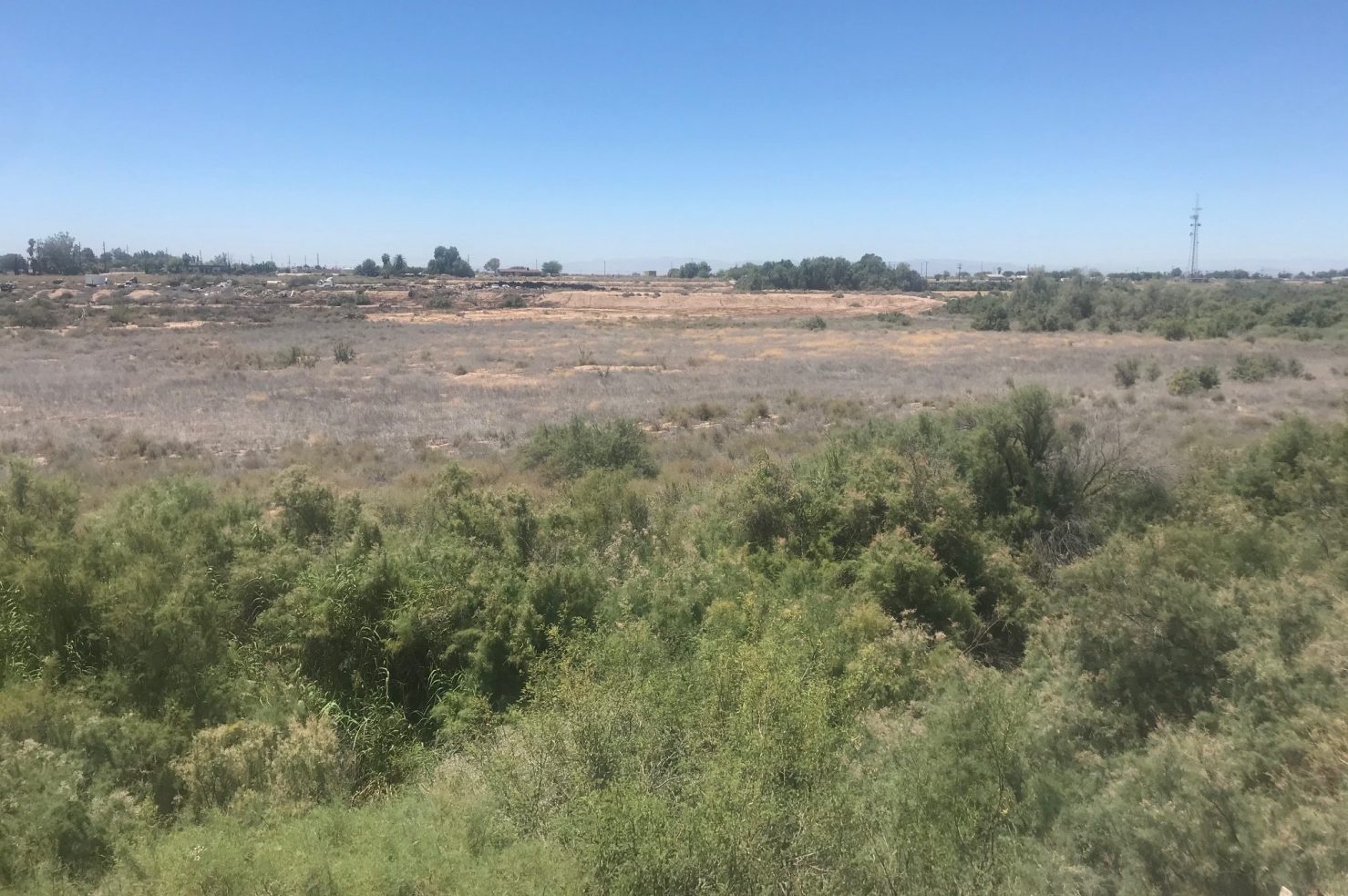 The Holtville wetlands project's 15-year journey to completion continues to be delayed by an engineering firm two years behind in finishing its design work so the city can fully utilize nearly $3 million in federal funding to develop the project. The wetlands are also a key component of the city’s popular trail system that includes the Mellinger Alamo River Trail, that once complete will give nature lovers and pedestrians an off-shoot trail through the wetlands that links back up with the city sidewalk system from which walkers can navigate through all of Holtville. | COURTESY PHOTO
Home
Featured Stories
In Featured StoriesLocal News

Holtville Wetlands Project Stuck in the Mud by Engineers

HOLTVILLE — The wetlands project in Holtville seems to have hit every snag during its 15-year journey to completion and is now being held hostage by an engineering firm two years behind in finishing its work.

The Holtville City Council was recently given a status report from City Manager Nick Wells on the wetlands project during a June 8 meeting.

“I have been in contact with the representative from (U.S. Bureau of Reclamation). While she is concerned about the progress (of the project), the conversation did calm the waters a bit on their end,” Wells wrote to the council in his report.

Some $2.85 million in funding from the Bureau of Reclamation has been blowing in the wind as the city awaits design work for the wetlands project to be completed by contractor George Cairo Engineering Inc. of Imperial.

The goal of the wetlands project is improving the water quality of the Alamo River by acting as a natural filtration system, with a secondary benefit of creating valuable wetlands habitat for birds and other critters.

Diverting water to and from the Alamo River to the wetlands project will filter water through a system of channels before returning it to the river. The Alamo is primarily made up of farming water runoff.

Holtville Mayor James Predmore declined comment on the situation with the wetlands project and no other council was immediately available.

The wetlands project is also a key component of the city’s popular trail system that includes the Mellinger Alamo River Trail, that once complete will give nature lovers and pedestrians an off-shoot trail through the wetlands that links back up with the city sidewalk system from which walkers can navigate through all of Holtville.

Much like the twisting Alamo River, the journey of Holtville’s wetlands project has been an arduous one.

“The project fell apart and was put on the shelf five years ago due to a loss of its original source of funding,” Holtville City Manager Nick Wells said during a recent interview.

Permitting, environmental analysis and other work was completed by 2006 in anticipation of funding for the wetlands project was never realized because of the nation’s economic downturn at the time, he said.

A decade later, in February 2016, the city learned of an opportunity from the U.S. Bureau of Reclamation to finance the project and began reviving it and figuring out how to secure funding.

The bureau contacted the city about utilizing a $2.966 million grant to finance construction of the wetlands along the Alamo River west of Holtville. Some $117,500 of grant funds were allocated for preparation and permits for the project and the remaining $2,848,500 was to be utilized for construction costs.

Since its longtime inception, the city, the Imperial Irrigation District, the county of Imperial, the Salton Sea Authority, local conservation group Desert Wildlife Unlimited and Bureau of Reclamation have worked in collaboration to see the wetlands project through, Wells said.

A May 17, 2017, report to the city of Holtville stated that in the early 2000s, Bureau of Reclamation deeded 15 acres of wetlands to the city, IID deeded 16 acres, and the city acquired the remaining 26 acres needed to support the project.

The report said the 57.71-acre project is located on one of 36 sites identified for “water quality improvement” on the New and Alamo rivers.

The 2017 report stated that the Holtville City Council selected George Cairo Engineering of Imperial as the engineering consultant for the project, with a price tag of $164,848. The city expected the design to be completed by the end of that year.

Three years later the design for the wetlands project has yet to be presented to the City Council by George Cairo Engineering.

“The design crew has been slower than hell. They are three years overdue and they are doing a very bad job. The excuses they have given us are not good. We have considered doing more drastic things, but it’s very difficult to say we should start all over. We are at their mercy at this point,” said a disappointed Wells during a June 16 interview.

George Cairo Engineering has told the city it is in the final stages of completing the design of the project, Wells said, and that once the firm finishes, a bid will go out to contractors to compete for the project.

After several attempts, a Holtville Tribune reporter was unable to contact a representative from the George Cairo Engineering firm. Wells said it is not uncommon for the engineering firm to take two weeks to return his calls.

City officials have talked about timelines for the project once the design is finished and construction begins. Wells said that could be six months to a year, but he is unsure of specifics because the city needs the design plans to determine that.

When completed, the wetlands project will add to the city’s trail system.

“We have a trail system in Holtville that makes a circle starting at the skate park, passing under the railroad tracks and ending at the city sidewalk system around where the new Dollar General is located,” Wells said.

At this point, the trail system is designed; it’s only conceptual but it sounds like something we will do once this project is complete,” Wells said.

Next
Local Police, Protestors Disagree on ‘Defunding,’ Agree on Some Aspects