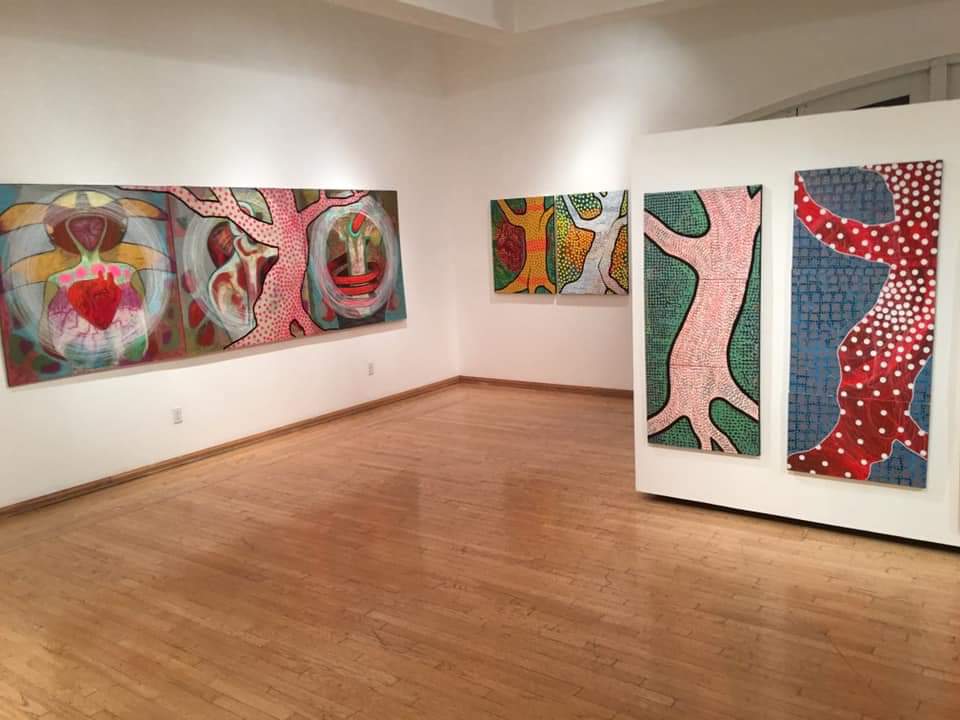 IMPERIAL COUNTY — State prisons in Imperial County are making positive changes among inmates by teaching art as a means to personal development, says a local artist instrumental in their instruction.

“The inmate population never seems to cease to amaze me to this day. All the time they have by themselves benefits them. You take something away and they get something in return. They are deep and introspective and draw just from listening to you,” said Joe Gaxiola, who has taught art in the prison system for the past 26 years.

“I’m from Calexico and graduated Calexico High School in ’76, and after I started at IVC and ended up in a creative studies art school and graduated with a Bachelor of Art in painting and art history in Santa Barbara,” said Gaxiola, but he strongly believes that one doesn’t have to be classically trained like him to be a great artist.

“As a rambunctious boy, my parents lost track of me during a dinner and were scared when they couldn’t find me. They found me drawing on the wall with lipstick I found in a purse in the kitchen. My mom taped butcher paper to the wall and that became my first canvas,” Gaxiola said as he recounted his first memory as an artist.

He was always the “art guy” in high school, designed floats, yearbook, and any poster that staff needed throughout his four years at Calexico High.

Gaxiola credited his art teacher at Imperial Valley College, Juanita Lowe, with convincing him to switch his major from business to art, which dramatically changed the trajectory of his life.

“If it wasn’t for her (Lowe), I wouldn’t be where I’m at now. The new gallery at IVC is named after her. She was such an influential person who taught me how important it is to teach art,” Gaxiola said.

“I consider myself as an expressionist painter, and I am doing some abstracts right now for the first time in decades. I was trained as a photorealist, which uses a lot of trickery with layering shapes and hues. I decided to paint in a more expressionistic way. I was impressed as a young man and realized how easy it was, but found it to be very time consuming,” said Gaxiola when describing his style of art.

“With a soft lead, a hard lead, and a blender pencil, I could basically do a drawing that looks like a black and white photo. It is time consuming and that develops discipline. Once you are done it, is exactly what you thought it was gonna come out as,” said Gaxiola, who feels that even 40 years later he is never disappointed with the finished product of his art, which he said is always better than he could have envisioned.

“I would never have got to this point in my art if it wasn’t for my photorealistic training and the freedom of expression I got from other professors,” Gaxiola said.

He was originally lured into the prison system by a program called “Arts in Corrections” and worked there for 16 years until the program was stopped during the transition between Gov. Arnold Schwarzenegger and Gov. Jerry Brown. Gaxiola is currently working to start an art program at Centinela State Prison, where he works.

“Later, I worked at CRC in a program called the ‘Actors’ Gang’ started by actor Tim Robbins and would supply backdrops and props for inmates to use. This program just got to Centinela through the self-help program,” Gaxiola said.

The Many Faces of Elisa Farrier

“At the program at CRC, I would procure the talent from the real world and bring it into the prison like a voice coach, playwright, actors, ceramicists, painters anyone in the creative fields and the arts. I worked at Centinela, Ironwood, Chuckwalla, Calipatria,” Gaxiola said.

“Right now, I am working at Centinela from within the system planning operations. Many artists have told me they would feel uncomfortable working in the prison system, but the way I see it is my greatest benefactor as an artist is the state of California,” laughed Gaxiola, who recognized that in working for the state he has never been asked me to sacrifice his integrity as an artist.

To receive funding for his upcoming program at Centinela, Gaxiola will need two self-taught artists to assist him teaching the program. He is having difficulty finding teachers and encourages anyone interested to contact him through Facebook.

Gaxiola works out of a private art studio in El Center on corner of Fifth and Main streets on the second floor, where he holds workshops and creates art.

Next
CityServe, Through Local Assembly of God Network, Connects with Community