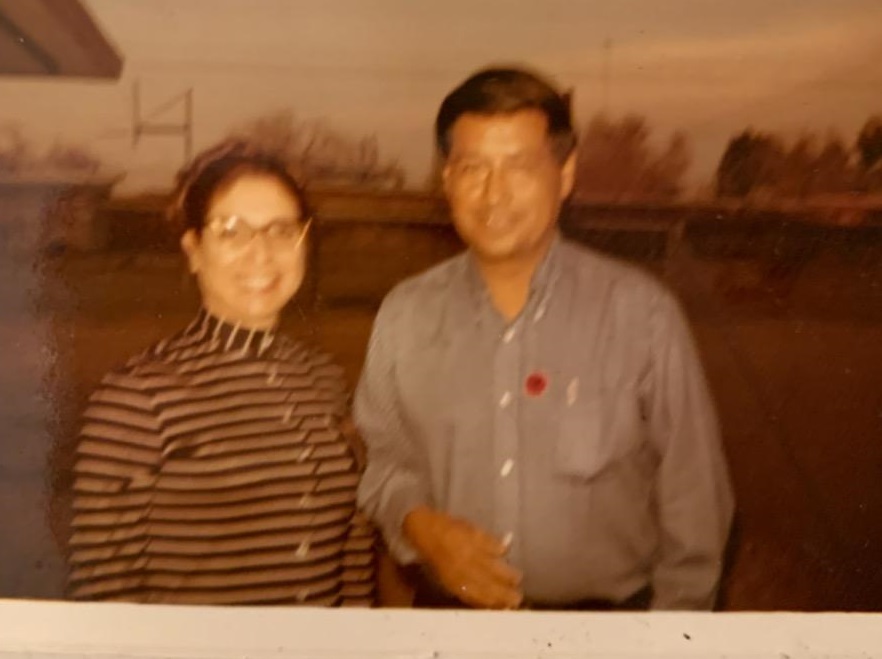 EL CENTRO — Ray Downs remembers well his mother’s efforts to stand up for equality and civil rights for all people in the Imperial Valley, especially for the rights of those who toiled under grueling conditions in the county’s farm fields.

“My mother had a station wagon rigged up into an ambulance, and she would drive up and down the strike lines, nursing the protesters, who would get blisters on their feet, pass out, and couldn’t walk anymore,” the 58-year-old Downs said. “She would let them rest in the air-conditioned car and give them water.”

The late Elsa Quiroz-Downs, who grew up in Niland and lived in El Centro later in life, was one of many significant local figures who would play a pivotal role in the plight of the farmworker during the 1960s and ’70s, both as a registered nurse and as a political activist.

She met United Farm Workers leader Cesar Chavez in the ’60s and would later walk side by side with him for the establishment and protection of farmworkers’ rights. She died Oct. 17, 2005, at age 77.

Ray Downs recently spoke about his mother’s contributions to “la causa” and the farm-labor movement, an issue that to this day can still cause discomfort and division among certain segments of society.

Quiroz-Downs, who studied nursing at the University of San Diego, then known as the San Diego College for Women, would drive along the strike lines to assist and help anyone who needed medical attention. Besides nursing, she also marched alongside the protesters and was mistreated for her actions, said her son, a former El Centro resident now living in Coachella.

“I remember all the Chavistas were gathered at the Cattle Call Arena in Brawley and some goons walked up to my mom, knowing she was in charge because she was an organizer at the time, (they) pushed her down on the ground and spit on her,” Downs said.

She also lost friends and family who did not agree with the cause about which she felt so strongly.

Guadalupe “Lupe” Quintero, a fellow activist who marched alongside Quiroz-Downs and a member of the California Rural Legal Association Inc., remembered her friend and all her efforts to stand up for what she believed in.

“We were very much involved in the Chicano movement and the farmworker fight,” Quintero said. “We were fighting for equal rights, and I very much respected what Elsa did by always believing in ‘la lucha,’ or the fight.”

Additionally, Quintero described what it was like to live in that fight and what she learned from her time on the picket line.

“It was a bitter, very dangerous, and scary time of struggle,” Quintero said. “One thing that I learned in the picket lines was that you had people on the other side who didn’t even know you, and all you were asking for was for equality and a better way of life. Is it too much to ask for water and bathrooms? They would call me every name, every horrible name, and they didn’t know me. They hated you before they even knew you, and nowadays you still have that.”

Through the efforts of Chavez, and the support and unity of people like Quintero, Quiroz-Downs and others, the United Farm Workers organization was able to get union contracts for field workers that required rest periods, toilets in the fields, clean drinking water, handwashing facilities, protective clothing against pesticide exposure, and many other concessions unheard of at the time.

“Elsa was always supporting the farmworkers, and that is what I admired about her; she was involved in providing support to everyone,” Quintero said. “She knew what she believed in and was not afraid to stand up for a just cause … that’s how I knew her.”

It wasn’t until years later that Quiroz-Downs was recognized for her efforts and activism.

Born on Aug. 12, 1928, Quiroz-Downs was instrumental in organizing the Imperial County Nurses’ Association. She was also the first woman to serve on the MAPA board and was part of the founding of Clínicas De Salud Del Pueblo Inc. Quiroz-Downs was also involved in Movimiento Estudiantil Chicano de Aztlan (MEChA) and the Work Training Center, according to her obituary.