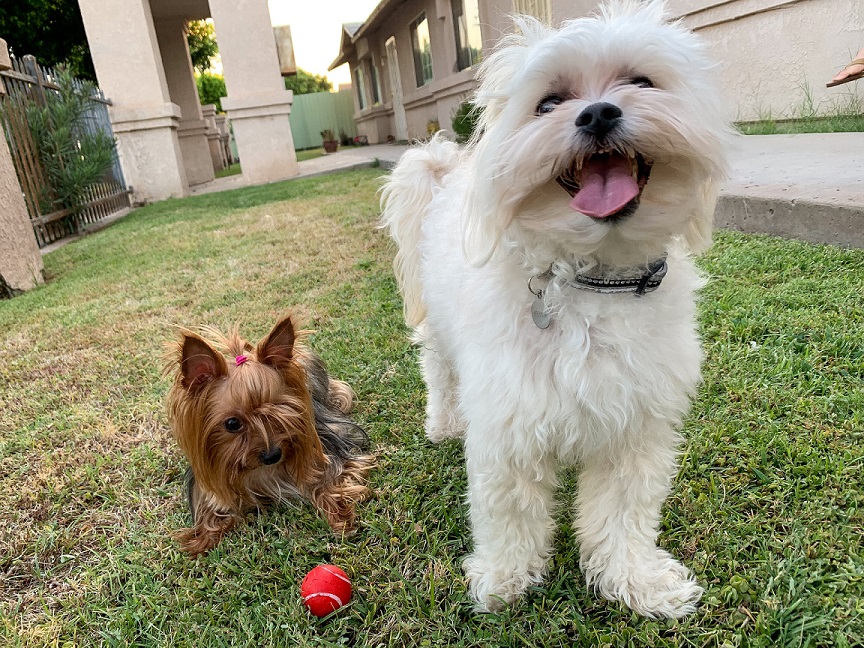 IMPERIAL COUNTY — Returning home after a late-evening Independence Day celebration with family, Lori walked through the door, but her beloved Yorkie, Ladybird, was nowhere to be found.

Frantic, her husband, Juan, went one way down the street, and Lori went another, in search of their furry family member, who bolted from the backyard when the fireworks started to crack and pop all over the neighborhood.

After hours of searching, a neighbor a block away called and said Ladybird was found cowering behind her trash cans, clearly still upset by the explosions their faithful friend could not comprehend.

Fortunately, the dog was found, but such tales don’t often have such a tail-wagging conclusion.

The preceding was a somewhat fictional account of the kinds of stories that get told this time of year, but it could have been true.

“The Fourth of July is the most dreaded day of the year for animals and people who work in the animal welfare field,” said Devon Apodaca, executive director of the Humane Society of Imperial County. “Animals don’t understand the festivities … booms, flashing (lights), noise from fireworks, especially for animals that are outdoors.”

“They try to find a safe place to hide and sometimes they run away, go through fences, jump fences, and injure themselves. They are scared, and sometimes the animals just keep going and get disoriented. They can get seriously injured, run into traffic,” Apodaca said. “The next morning the cities (animal control) are picking up dead animals that were hit by cars or strays.”

The long-time animal advocate said the week after Independence Day is “horrible,” with many animals coming in with no identification and no microchips. He said some pets are never found.

“The number of dogs that come in doesn’t equal to people coming in” to claim them or adopt them, Apodaca said.

The Humane Society has been offering low-cost microchipping, but that ends July 3. Until then, it’s $20 per pet. Apodaca said the response has been good, with about 100 microchips embedded. Due to COVID-19, the society can only have one person in office at a time, so they have one appointment about every 15 minutes.

Why Aren’t Owners Claiming Their Pets?

“The No. 1 reason that people don’t claim the animals is they don’t want to pay the fines. The fines are from the city for the police or public works who pick them up as strays or lost. It is against the law for them run at large,” Apodaca said.

When asked what he believes an animal would tell its owner, Apodaca responded, “love and care for me properly … I am a family member and treat me as such with love and respect.”

Apodaca referred people to the county Humane Society’s Facebook page, where there is a useful post titled “Pets and Fireworks Don’t Mix.” A few tips are below:

“There are going to be a lot of loose dogs and people calling and looking for dogs because they ran away and were scared,” he said.

Castillo noted that the majority of the owners do claim them, but some do not.  He said people need to keep their dogs secure or inside.

“They sell fireworks and people buy (them), so we can only take care of our animals,” he said.

If you lose your pet or find a stray, contact the animal control officer for your city/area.

Social Media to the Rescue

Applications such as Next Door help in reporting crime and also for getting lost animals home.

People who have seen a lost dog can post a message on Next Door to inform the person where the dog was seen last. After a dog has been found, people can post an update letting people know that the dog is safe and home.

Another avenue of assistance is the Imperial Valley: Lost and Found Pets group on Facebook, which has 19,000 members.