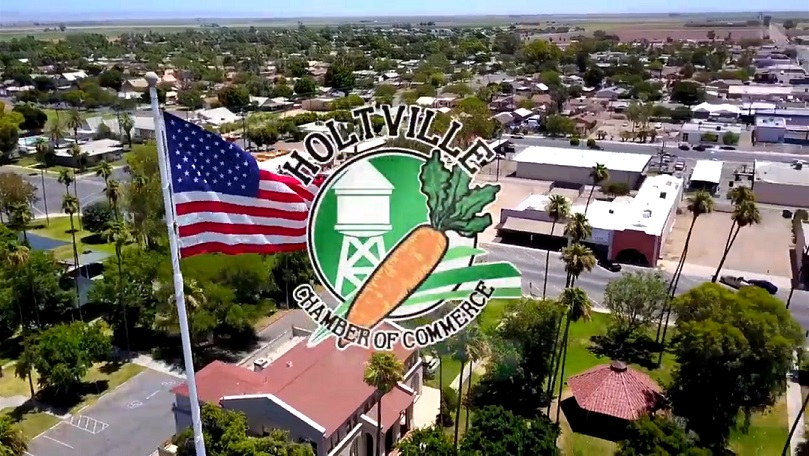 HOLTVILLE — The Holtville Chamber of Commerce began airing commercials on July 7 featuring several of its businesses in an effort to encourage residents to “shop local,” a chamber official said.

“We are going to get about 300 commercials over the next three months on ABC, Fox and Telemundo. I did the voice over on it and am really excited about (it) and thought it came out very well,” said Rosie Allegranza of the Holtville chamber, who saw the commercial on television before leaving to work on July 7.

There are different versions of the commercials, each featuring Holtville businesses with Spanish versions also being made for Telemundo, Allegranza said. She described the commercial as a carousel advertisement for businesses in Holtville.

“Rosie (Allegranza) goes to church with Laura Goodsell, one of the owners of Coopers West, and asked her about participating in the commercial,” Holtville City Council Member Mike Goodsell, who also works at Coopers West Insurance, said. “It looks pretty good. Not bad at all for little ol’ Holtville. It is a high-quality commercial and I think any kind of advertisement we get will help business.”

“It’s amazing that we got to come out in a commercial. We found out through the Holtville Chamber of Commerce. It is a very good opportunity for us to get our name out there and support small businesses about us. I had a few customers that actually saw it already,” said Blanca McClure, owner of George’s Pizza.

The Holtville chamber has made it a point of going through great lengths in the past few months to help its members during the pandemic.

“In June I was going to one business a day with the Carrot Festival Court to stand in front of the businesses with a bullhorn and sign, and it helped to boost up customers,” Allegranza said.

Irene Imhoff of KECY TV, a Holtville native, reached out to the chamber and gave the organization a good deal on the block of commercials, Allegranza said. “I took a few weeks to gather photos and information and create the commercial. We had fun doing it,” Allegranza said.

Next
Ulloa Brothers: Looking Back on Broken Barriers As Broadcasting Execs