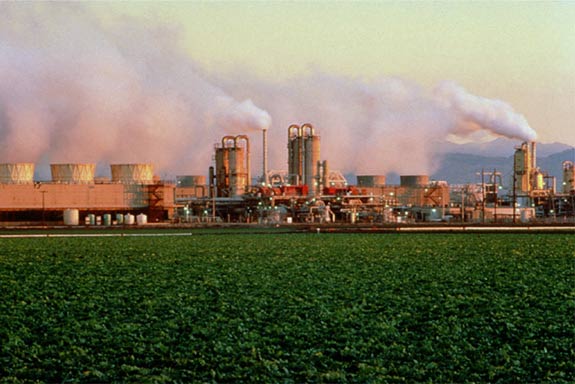 IMPERIAL — Although Imperial Irrigation District officials are pleased with the outcome of last week’s decision by the Court of Appeals siding with the district’s position that there is no privileged class of water users, the case could still be challenged in state Supreme Court by plaintiff and farmer Mike Abatti.

For now, though, the district is claiming victory over a case that challenged IID’s domain as the stewards of the Imperial Valley’s water rights on behalf of all water users. The district won a decision to the state’s Fourth Appellate District, Division 1 Court of Appeals, on July 16 that some years earlier saw Imperial County Superior Court Judge Brooks Anderholt side with Abatti.

“It’s definitely a victory for the rule of law that water should be distributed equally to all users,” IID board Chair Norma Sierra Galindo said. “If the ruling had not gone in our favor, it would allow special interests to determine how we use our water. The ruling affirmed that the water is held in trust by the district to be distributed.”

However, the court ruling stated that the district would have to go back to the drawing board and re-evaluate its Equitable Distribution Plan with farmers. The plan, which determines how IID’s share of Colorado River water would be divided among farmers in a drought condition, had drawn sharp criticism from some growers and was the basis for the IID-Abatti lawsuit in the first place, which dates to back to 2017.

Despite multiple attempts for an interview, Abatti nor his attorney, Cheryl Orr, could be reached for comment.

“At this point in time, we need to look at the ruling and see how we are going to make the Equitable Distribution Plan. This lawsuit was about one special group trying to control how IID could use its discretion. How it shapes up for the future, that is for the board to determine. It is a very complicated process,” said Frank Oswalt, IID’s legal counsel.

This case has a long background and has been ongoing since September 2017, said Antonio Ortega, IID’s government affairs and communications officer.

“IID filed its appeal at the Fourth Appellate Court. The oral arguments in the case took place on June 12. We’ve been waiting for this decision since then,” said Ortega.

He said that page 11 of the court’s ruling sums up IID’s most important victory in the case: “The district is the sole owner of appropriative water rights of Colorado River water, all users possess only a right to service.”

“Mike Abatti and his attorneys believe it is the farmers who own the rights to the water. IID’s position is that it is the public, all the public that the IID serves who has those rights to service not private interest groups. IID holds those rights on behalf of those customers,” Galindo added.

She explained the decision makes it possible for the IID to move forward with plans to issue a water-use contract to Ormat for its Heber geothermal energy facility.

IID officials argue the ruling does not negatively impact farmers.

“Farmers have the same rights to water service than anyone else does. To extend or go beyond that is what this case was about. The decision stated that farmers have a right to service like everybody else but that is where those rights stop,” Ortega said.

“The court rejected Abatti’s argument and reaffirmed what we knew all along. It’s not for a private interest group to determine how we should allocate our water,” Galindo said. “The victory is a win for our users. Not all farmers were empathetic to this particular lawsuit. This was a special interest group made up of some specific farmers who share Abatti’s views.”

When asked if this ruling could prevent future attempts against the IID’s claim to Colorado River water, Galindo affirmed the IID will always have to fight for its rights to water.

“What part of ‘no’ don’t they understand. This does not preclude them from bringing future claims to our water. This is never going to stop because our water is very valuable. What it says after all these attempts is that it affirms that the water is held by the board to determine how the water is distributed. It does not preclude the parties involved to take it to the Supreme Court or bring about future lawsuits, but for now we are back to where we should be, which is to distribute water equally to everyone who uses it.”

Customers can rest assured that the IID will continue to fight for the Imperial Valley’s water rights no matter what hurdles present themselves in the future, Galindo said.

Link to the ruling for the online version: