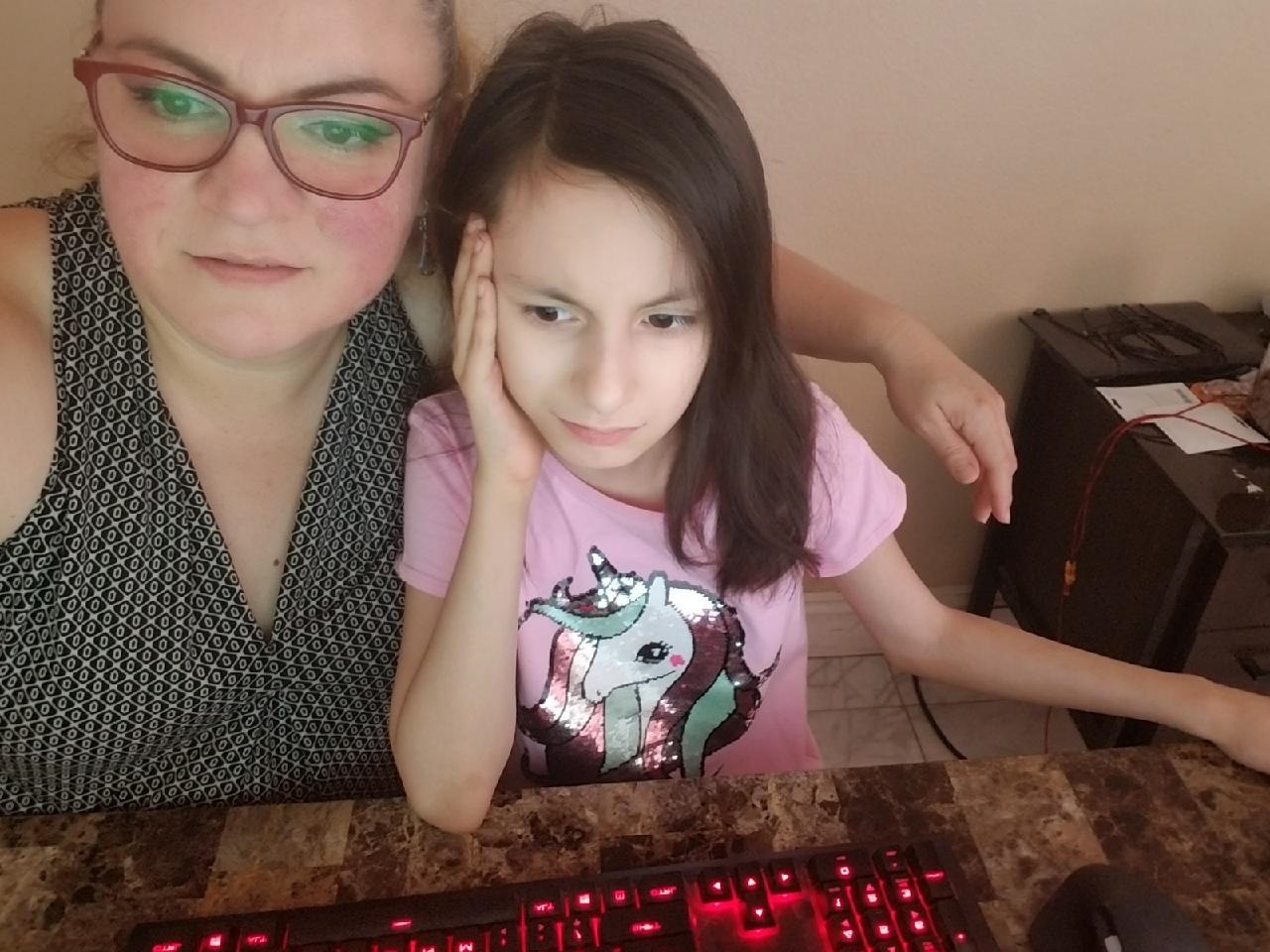 El Centro resident Alejandra Noriega and her daughter, Zuria D. Lemus-Noriega, are shown in this courtesy photo. Noriega is relieved to find out that classes will be distance-learning-only in the late summer/fall for her daughter. Although she thinks her daughter's ADD would benefit from hands-on instruction, she worried exposure might sicken her mother, who is battling cancer. | COURTESY PHOTO
Home
COVID-19
In COVID-19Local NewsRegional News

Parents Relieved, Concerned by Decision to Keep Schools Online Only

IMPERIAL COUNTY — When Alejandra Noriega learned no Imperial County schools would be re-opening in the late summer/fall to physical classes, she said her first emotion was one of “relief.”

“I am so relieved that now I know what will happen with schools in the fall and can plan accordingly. I will figure out a way to make my daughter’s education work and am grateful I do not have to worry about my mother getting sick,” Noriega said in a July 20 interview.

Gov. Gavin Newsom’s July 18 announcement that closed most schools in the state (including those in Imperial County) to in-person education in the fall gives local parents cause for both relief and concern.

“Schools can physically open for in-person education when the county that they are operating in has been off our monitoring list for 14 consecutive days,” said Newsom, who mandated distance learning for 32 of 58 California counties where COVID-19 is still considered out of control.

Prior to Newsom’s announcement, Noriega was worried. She favored the specialized intensive instruction her daughter received in a face-to-face environment, but worried that going back to school might also due her mother harm, who is battling cancer.

“My daughter has ADD, so they send her to a class called ‘Little Learners’ at McCabe with a maximum of three students per tutor for one hour every day. She goes to regular class, but they send her there when she is struggling,” said Noriega, who felt her daughter benefitted from the classes in a way Noriega could not help her daughter with on her own.

Yet she worried her daughter’s exposure to others at school might endanger Noriega’s mother, who has cancer.

“I will do the best I can to make my daughter’s education work and possibly find a tutor to help her with distance learning and thankfully I no longer have to worry about my mother getting sick,” Noriega said.

Although the decision has been made for her, Amanda Venuti of El Centro struggled at the end of the last school year with distance learning.

With six children in five different grade levels and only three computers in the household, it is easy to see how Venuti could be challenged by the process of educating her children.

“I feel like my kids deserve better than distance learning and that I am not qualified as a teacher to help them. They would receive a better education if they were in school,” said Venuti in a July 14 interview.

With so many children in the house, Venuti explained how extraordinary complications often arise when educating her children at home.

“It happened more than once where I had four kids who all had an 11 o’clock Zoom meeting. What am I supposed to do?” said Venuti, who was hoping for local schools to open in the fall.

After learning of the governor’s announcement, Venuti said she is panicked and does not know how she will educate her children.

Kevin Grizzle, who serves on the Holtville Unified School Board, said in a July 15 interview that the board has regularly been in meetings with colleagues about how to handle fall’s distance learning classes.

“We are going to have virtual school for sure in the fall,” said Grizzle, who added he feels safe having his children go back to schools when they ultimately reopen.

“When we eventually go back, there will be part-time classes and social distancing. If and when my school comes back, they will have a staggered system,” said Grizzle, who has two kids attending college at Cal Poly and one at Holtville’s middle school.

Grizzle said he and his colleagues have discussed the topic of how to open schools in the fall, but the decision falls on the COVID-19 numbers and the state’s response.

Grizzle said he would send his daughter to on-campus classes if school opened, because he feels confident that when schools open, they will do so in a manner that keeps the students safe.

“I would like to go back to regular classes at school, but I do not think I will get the chance this year. If we were allowed to go back to classes, I would not be worried about catching COVID-19, but since the numbers are going up, it’s probably safer to stay at home,” said Kate Grizzle, 13, who attends Holtville Middle School.

Though Gov. Newsom’s action has taken the decision out of the hands of local schools, eventually local education administrators will decide the next step in the re-opening process.

McCabe Union Elementary School District board member Alexa Horne, who previously taught kindergarten for 30 years, shared her guidance for parents for when they will have to send their children back to school.

“My advice is to do what you think is best for your own family. Also believe the school district is going to do everything they can to ensure the health of their employees,” Horne said.