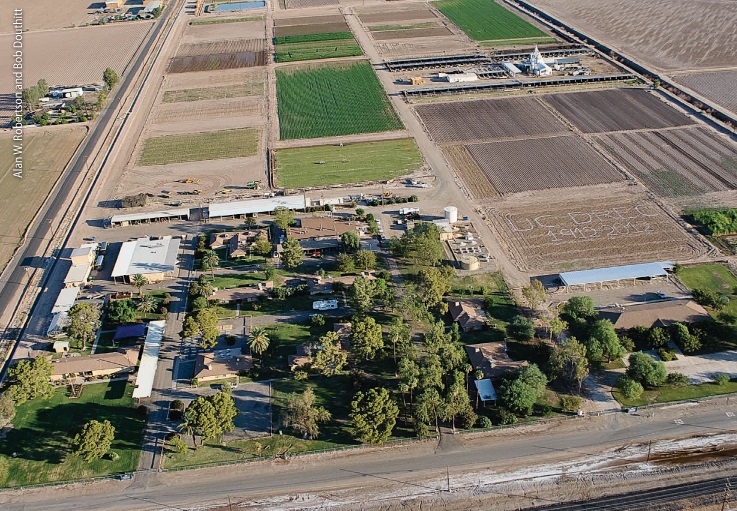 HOLTVILLE — Local farmers are getting closer to having a much-needed full-time integrated pest-management specialist at the University of California Cooperative Extension-Imperial County office in Holtville.

“This five-year position is co-funded between the University of California and Imperial County and will also cover Riverside and San Diego counties. It is a very broad discipline covering entomology, the study of insects, pathology, the study of plant disease and weed sciences, the study of plants that are not desirable,” said Oli Bachie, a University of California agronomist and director of Holtville’s UC Cooperative Extension-Imperial County office.

The integrated pest-management specialist will be based out of Holtville, but will serve the three counties.

Agriculture contributes more than $4.5 billion to Imperial County’s economy through crops and livestock values and other ancillary means, according to reports from the Imperial County Agriculture Commissioner’s office. The industry supports nearly 25,000 local jobs, with one in every six workers tied directly to farm and livestock operations, so it’s easy to see how vital a fully staffed a Desert Research and Extension Center can be.

In recent years, as the university has had intermittent funding issues or as agriculture advisers have retired or moved on, the number of scientists assigned to Imperial County has dwindled. Now, there seems to be an ongoing effort to reconstitute staffing at the Holtville Cooperative Extension office.

In November 2019, the county Board of Supervisors moved to half fund a pest adviser position for the UC Cooperative Extension-Imperial County at $385,000 over five years from the county’s Agricultural Benefit Grant Program. UC would take care of the other half of the position.

“We have a large pool of applicants and the committee has done extensive screening to come up with three applicants. The selection committee finally recommended one,” Bachie said. Negotiations with the individual are ongoing.

Bachie said he anticipates the individual ultimately hired will be on board in January, which is not a major issue because research at the center has slowed due to COVID-19.

Bachie also announced that another position — vegetable production adviser — will soon be filled to serve Imperial County and Riverside County. Where that position will be based in not yet clear, but it will equally serve the two regions.

“The final round of interviews is going to start very soon. Candidates for both of these positions are from all over the world. Some are from close by. It is the UC policy that when they recruit, they advertise globally,” said Bachie, who himself hails from Ethiopia.

As for the integrated pest-management post, one of the key functions will be to monitor invasive insect species, which unchecked and uncontrolled can be nothing short of cataclysmic.

In fall 1990, the sweet potato whitefly arrived and made county farmland its dinner table, devastating that season’s melon, broccoli, cabbage, and cauliflower crops. It stuck around for a couple of years.

By fall 1992, the county Agricultural Commissioner’s office estimated whitefly damage at $111 million in losses in gross value and production, according to published academic reports.

From November 1991 through January 1992, the whitefly’s effect on fall vegetable crops resulted in a 21 percent upsurge in unemployment insurance filings by field workers from the same period a year earlier, it was reported.

“The whitefly is a good example of why we need pest management,” District 5 Imperial County Supervisor Ray Castillo said in a Nov. 9, 2019, interview with the Holtville Tribune. “It just came suddenly and caught everybody off guard. Whole fields (of cantaloupes) had to be plowed under. I can recall driving through the Valley, and there were swarms and swarms everywhere.” He added, “To avoid a catastrophe of that type to other products, we need to have someone with that background and knowledge.”

Next
Chicano Perspective As Seen Through Two Calexico Generations