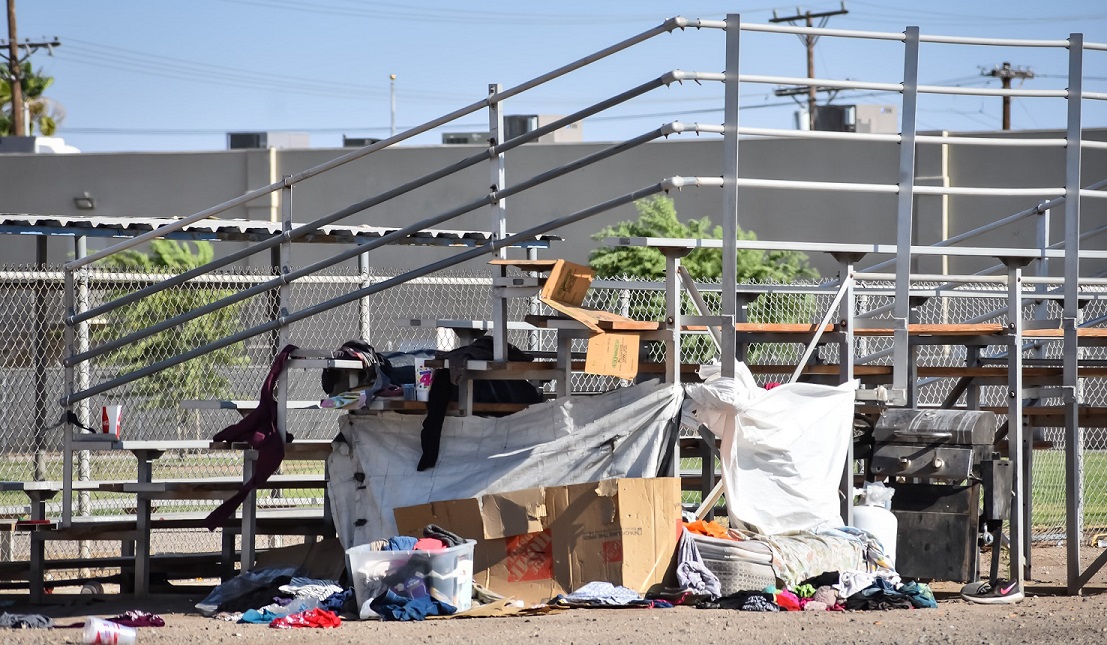 IMPERIAL COUNTY — Officials with the Imperial Valley Continuum of Care Council (IVCCC) want the public to know it has allocated and executed contracts to use all $4.86 million it received in state emergency homeless funding it received more than a year ago, contrary to recent accusations.

In June 2019, the county of Imperial received millions of dollars through the state Homeless Emergency Aid Program, to be disbursed through the Imperial Valley Continuum of Care Council, whose it was to accept, score and award the funding to local agencies.

It has been a long and complicated process, and one of the major complications in accessing the actual HEAP dollars has been the fact that local non-profit organizations that help the homeless are required to spend the money first, invoice the IVCCC and then get reimbursed two weeks later, according to CCC officials.

All of the HEAP funds allocated to Imperial County would be spent by the June 30, 2021 cutoff date, Paula Llanas, assistant director of imperial County Social Services Department, which manages the CCC, responded without hesitation.

“Absolutely. We will spend all the money allocated to help the homeless population from the HEAP grant before the deadline,” Llanas said during a July 31 interview. “It is a complicated process and that hinders our ability to access the money, but it will not stop us from utilizing these funds to help the homeless.”

In fact, a groundbreaking is planned later this month for a 29-unit transitional-housing project in Heber utilizing $3 million of HEAP funding, said Llanas and Les Smith, chairman of the nine-member CCC executive board.

Members of the CCC went on the offensive last week after members of the El Centro City Council on July 21 blasted their police chief, who is on the IVCCC executive board, for being a member of a “bureaucracy of waste.”

Council members Jason Jackson and Cheryl Viegas-Walker were most vocal. Jackson fumed, calling Project Safeguard’s hotel vouchers a waste because inevitably participants end up back on the street. Without a transitional housing facility in the Imperial County, all efforts to curb the local homelessness issue would be in vain, Jackson said.

Viegas-Walker took off the gloves when slamming the IVCCC for giving hotel vouchers to “couch surfers” and not to the chronically homeless.

El Centro has reason to be concerned about homelessness: IVCCC data shows the city has the largest population of homeless in the county. Of the 71 people housed through multiple housing voucher programs, 49 individuals, or 69 percent of the total awarded vouchers, are in El Centro.

Project Safeguard is a voucher program specifically for the county’s chronically homeless. It gives priority to those 65 years or older or people who have pre-existing medical conditions.

“All of the people we have housed with vouchers through Project Safeguard met (U.S. Department of Housing and Urban Development’s) definition of a homeless person,” Llanas said. “We have an exit strategy for all of these people. Our goal is always permanent housing or housing with a relative.”

HUD’s definition for homeless is an individual or family who lacks a fixed, regular, and adequate nighttime residence.

Llanas assured that the IVCCC has gone to extensive lengths to vet any “couch surfers” from participating in Project Safeguard. She also clarified that the requirements to be eligible for the HEAP grant include giving assistance to both the chronically homeless and those in risk of homelessness.

“We assess the individual independently when they call into our hotline,” Llanas said. “Our goal is to get people off the street. We have to do some prevention work. Project Safeguard is about chronic homelessness and the HEAP grant also covers those in risk of going into homelessness.”

The definition HUD gives for imminent risk of homelessness is an individual or family about to lose a primary nighttime residence within the next two weeks without an alternative residence.

“A lot of the people who work with us have chronic issues and it takes us a while to build rapport. They need a little time to realize that we are trying to help them,” IVCCC’s Smith said during the July 31 interview.

“We are happy to announce that today we found out that the IVCCC received funding from the state to continue the Project Safeguard for an additional three months,” said Smith, which makes 36 rooms available for this demographic.

For those in search of housing assistance who do not meet the criteria to qualify for Project Safeguard, the IVCCC recommends the client to other programs like Imperial Valley’s WomanHaven, a Center for Family Solutions or Housing Heroes in Yuma, Llanas said.

Nuances of the HEAP Grant

Local nonprofits sent their applications to the state for HEAP grants through the IVCCC. Thirty-two original applications requested a total of $17 million. Thirteen of the 32 applications were approved for $4.5 million in HEAP funds, of which $3.7 million have been awarded, Llanas said.

The largest portion of the grant was awarded to the CRP Affordable Housing and Economic Development LLC for $2.6 million to build a transitional housing project in Heber, the one breaking ground later this month.

CUSD Superintendent Search to Get Underway

Even though these contracts have been allocated by the IVCCC and executed by the county Board of Supervisors, the nonprofits still have to spend their own money first and report back to the IVCCC to be reimbursed, said Llanas, who expects the grant money to be spent long before the June 2021 deadline.

“The thing people do not understand about these grants is when the state turns the money to the county, the county is liable to pay the money back if It is spent improperly,” said Llanas, before mentioning that only 5 percent HEAP grant funds could be used for administrative fees.

“Every grant has reporting requirements and some of the nonprofits are having issues keeping their accounting up to date,” Llanas said. “Many of these nonprofits are using the HEAP funds as rental assistance or to pay utilities and these invoices will come in to the IVCCC on a monthly basis.”

“We funded a community service worker to do outreach and a mental health rehabilitation technician, who will do care coordination,” said Kuhlen, adding Behavioral Health Services also provided rapid rehousing and food vouchers with grant funds.

Although the HEAP grant required applicants to complete a complex funding mechanism, it was easy for Behavioral Health Services to mobilize and utilize the capital, Kuhlen said.

“HEAP was not designed to be a solution for long-term housing,” she explained. “I don’t know why El Centro commented negatively about the grant. Our time would be better spent working together to find a permanent solution.”

Homelessness is a community problem and solving it will require a community-wide effort, she added.

Next
Welcome Back to School Parade Set for First Day