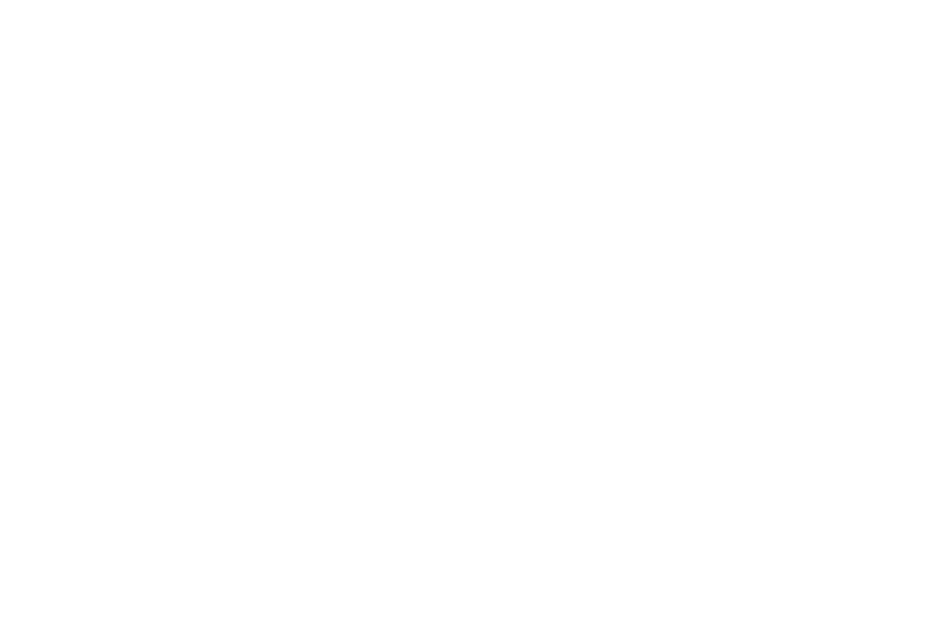 The anonymous letter, which was typed and sent to the Holtville Tribune, appears to have been driven largely as the result of an outbreak of COVID-19 at the facility. The letter claimed that some 30 patients became sick from the coronavirus and that management, even prior to that, neglected to provide proper training and screenings to deal with COVID or adequate personal protective equipment, in addition to several other charges.

“Those are unfounded accusations,” the facility’s administrator, Ian Baylon, said. “A lot of the attacks seem to be from a disgruntled employee.”

The anonymous letter was received by the Tribune on Aug. 13 and began by stating, “We the employees ARE VERY CONCERN for the 72 tenants, because 30 tested positive June 30.”

The letter went on to state how the facility lacked an on-site manager and detailed how unprepared the facility had been in protecting its residents from the spread of coronavirus since March.

The letter also alleged that management never provided employees with any PPE, training or conducted temperature checks to combat the spread of the coronavirus. It also stated that although employees have all been recently tested, the owner has allegedly indicated that there will be no further investments made on gloves, masks, or thermometers.

It went on to reference the facility’s “long history of deferred maintenance issues for the past six years” and how employees have attempted to involve local health officials but were directed to the state’s Community Care Licensing agency that oversees the facility.

“We, the employees are ready to walk out of the facility due to the owner’s negligence,” the anonymous individual(s) wrote while ending the letter: “Please help our residents survive.”

In reference to the 30 residents who tested positive for the coronavirus, county Public Health Nursing Manager Steven Solis was able to confirm that the outbreak mentioned was accurate based on cases addressed more than a month ago.

“Currently there is no one active at this time,” Solis said, in reference to there being no active cases of coronavirus among tenants at the facility on the day the letter was received by the Holtville Tribune.

Solis did mention that once the initial cases were discovered they referred concerns to the local ombudsman at the California Department of Social Services, Community Care Licensing division, which is charged with overseeing assisted-living facilities in the state. Solis also completed a follow-up at the facility on July 11 with members of the state licensing agency and was accompanied by a member of the state’s department of Public Health Infection Control’s Healthcare-Associated Infections Program.

“If (these allegations) were the case, I don’t know how it would be possible, because first of all, it took so long for us to get affected (by the pandemic) because we were doing our due diligence,” Baylon told a reporter while sitting at his desk in his administration office within the facility the morning of Aug. 27.

A Holtville Tribune reporter showed up to the facility unannounced but was granted an unscheduled interview.

Even upon entering the facility to speak with Baylon, a reporter was met with a formal temperature check conducted in the lobby and the reporter was required to fill out a form indicating where they had travelled in the last two weeks, whether they had been in contact with anyone possibly infected by the coronavirus and whether they were suffering from any symptoms related to COVID-19.

“This isn’t a center of people who are not caring, because I believe our staff really do care for the residents, and if any of those accusations were true, I’m pretty sure none of the staff would be sticking around,” Baylon said.

The facility has maintained about 33 employees throughout the pandemic, which includes staff who became ill from testing positive for coronavirus, were quarantined and who later returned to work when they were cleared to do so, Baylon said.

“They were maybe disgruntled knowing they might not be able to come back, even though we encouraged them to come back,” Baylon said of certain former employees he lost following the start of the pandemic. “A lot of them didn’t want to work in an environment where they can put themselves at risk.”

There were few employees that decided against returning to the facility following their two weeks of quarantine and had to be replaced by new staff, Baylon explained.

“They realized that this industry is risky, and I can understand that,” he said. “Putting themselves at risk and possibly getting their families infected, they probably don’t want that to happen again.”

Beyond the pandemic, some employees had felt they deserved to be compensated more for returning to work in such a high-risk environment even though they were being paid properly, Baylon maintained.

“A lot of disgruntled employees leave on a bad note because they thought they were going to be paid more than what they expected and others were honestly overpaid and still demanded more,” he said. “I’m guessing that’s maybe the one who’s been saying this stuff.”

Baylon suspects the letter was written by a former employee given that the number of residents at Valley Blossom Inn has since declined from the previously mentioned 72, which they had in June, to only about 65 residents currently.

“We have less and that’s because we did incur some unfortunate deaths,” Baylon said. “Of those deaths, they all happened outside the facility, half of them were not COVID-related … some have died from unrelated causes.”

Apart from these deaths, other residents have also moved out of the facility at the request of family members who feared the risk of keeping them among such a large community during the ongoing pandemic, Baylon explained.

The facility does often transition residents out of their care given that they are not a licensed nursing home or medical facility that can properly treat patients with more severe health issues, Baylon added.

“The misconception with these kinds of facilities is that we provide medical care when we don’t,” he said. “We can’t because we don’t have the proper experienced staff, meaning that we don’t have the licensed staff.”

When patients do require immediate medical attention, the facility contacts an ambulance to take them to a hospital right away. Other patients have doctors and nurses, who conduct monthly health visits at the facility through their various home health agencies.

“When the resident needs a higher level of care, we always make a note to the responsible parties that they need to transition to a higher-level-care nursing home,” Baylon said.

“It’s caregiving without the medical attention,” Baylon said of the facility’s services.

Like many other community living facilities, Valley Blossom Inn has made some transitions to the way in which they provide their services amid pandemic concerns.

“What I mean by transition is, our operations are just completely different,” Baylon said. “The preventative measures we have to do is according to the licensing recommendations.”

In accordance with the facility’s Community Care Licensing agency, Baylon said he’s made sure to abide or increase safety precautions for residents throughout the pandemic.

“For example, we don’t serve meals in the dining room,” he said. “There’s no regulation from licensing that says we can’t, but because we want to make sure everyone stays safe, we serve them in their rooms.”

Although the Community Care Licensing agency only requires that dining for residents be staggered and follow distancing measures of one person per table, Baylon believed the amount of space available in their dining room would not be able to sufficiently serve the amount of residents while protecting their health. As a result, he has since implemented individuals dining in their own rooms.

“We even go beyond that because everything we serve is disposable,” Baylon said. “That comes at a cost, but at the same time, licensing doesn’t say you have to use disposable.”

Prior to the pandemic, the facility would routinely wash dishware and utensils used by each patient but has since shifted to disposable plates and utensils to prevent any possible contamination, Baylon explained.

“Those accusations don’t make sense considering everything we do,” Baylon said.

Additionally, Baylon has maintained that the facility was inspected as recently as Aug. 19 by a licensing evaluator from the Department of Social Services, who informed him of no wrongdoing and encouraged him and his staff to continue operating the same way.

The Tribune was provided with that evaluation report and it can be read with the online version of this story.

“If there was any evidence … (the licensing evaluator) would have told me about it,” Baylon said. “When they were here, they said to continue what I’ve been doing.”

According to a facility evaluation report issued by the state’s Department of Social Services, members of the Community Care Licensing Division did conduct an on-site visit to Valley Blossom Inn on Aug. 19.

The visit, which found no deficiencies issued to the facility, was made by the division’s regional manager, Icela Estrada, and licensing program manager Simon Jacob. The pair interviewed and provided consultations to caregivers, kitchen staff, and cleaning staff, according to the report.

A walk-through of the facility was done, in which Estrada also spoke with five in-care residents. Additionally, PPE, signage related to PPE, and training material were provided to Valley Blossom Inn staff, the report detailed.

The visit concluded following a debriefing with Baylon, which ultimately required no deficiencies to be issued, according to DSS’s facility evaluation report.

The anonymous letter is not the first time the facility has received allegations of negligence.

In April, this paper reported on a previous complaint on the facility that alleged neglect of an elderly resident, that was later determined not to bear out initial suspicions when investigated by state Social Services’ licensing agency.

The department did establish that the complaint was unfounded, according to the evaluation report conducted by agency licensing program analyst Nicholas Walker.

The allegation at the time was deemed false by Walker, who determined it could not have happened and/or is without a reasonable origin. The complaint was therefore dismissed by the department.

Prior to 2020, the facility had been reported on by the Holtville Tribune for allegations the assisted living facility had not met state standards for care, according to reports by Social Services.

Valley Blossom Inn was issued a $10,000 civil penalty in March 2019 for failing to provide adequate care and supervision for a resident in 2017, according to the department’s community care licensing division report.

Also, in August 2019, it was confirmed that the local facility had complied with all of the orders from the departments of social services for corrective action in relation to a separate Aug. 12 incident. As for the final claim in the letter that two wrongful death cases against the facility were pending, the Holtville Tribune did not discover any such cases as of press time.

The DSS evaluation report can be found here.