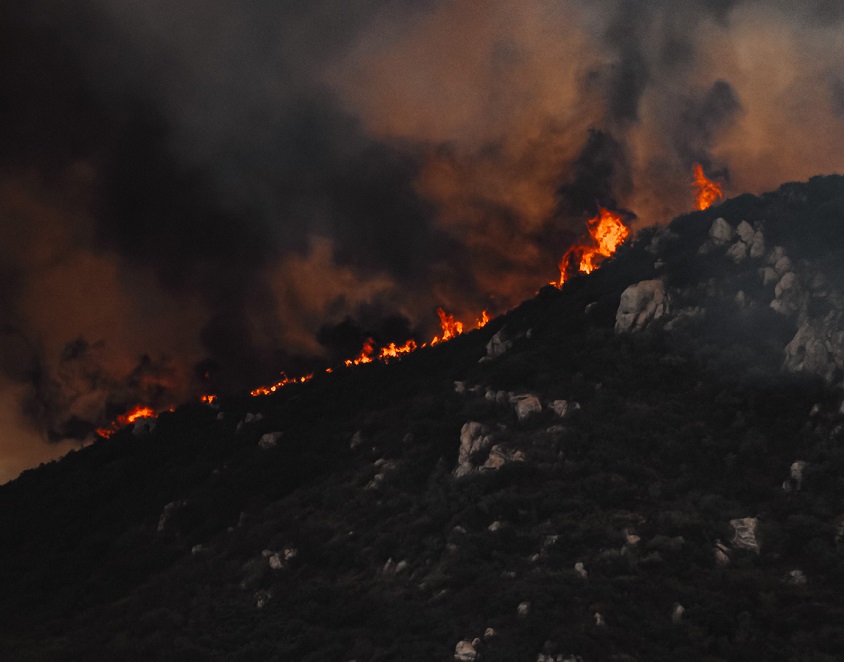 Air Quality Could Suffer in Imperial Valley Due to Valley Fire

Though not in the Imperial Valley, the Valley Fire is still having an impact on local residents, as air quality levels have reached unhealthy or very unhealthy levels in parts of the region.

“We’re seeing the impacts (from the fires),” said Luis Olmedo, executive director of Comite Civico del Valle. “We certainly see the biggest impact in the north part of the state, but we are definitely getting the particulates from the Valley Fire. They’re here in the community. People are waking up to see their cars full of ash.”

The Valley Fire started at 4:02 p.m. Sept. 5 southeast of Alpine in San Diego County, and it has spread to encompass 17,565 acres as of 9 a.m. Sept. 9. CalFire’s website indicates that the fire was 11 percent contained at that time.

The area was facing minimal air-quality impacts from the Valley Fire during the morning of Sept. 8, said Air Pollution Control Officer Matt Dessert. However, Santa Ana winds were predicted for the afternoon and overnight, which could blow particles into the region.

Humidity during overnight and the morning hours of Sept. 8 capped the particles in the air, said Monica Soucier, Air Pollution Control division manager. However, once that humidity burned off during the day, the wind brought in particles to the region. The air pollution control district is still working to determine where those particles came from, and that could take a few weeks as local sources need to be eliminated before the district can conclusively say it was caused by wildfires.

With the way the weather is, particulate matter has headed to the Valley, which makes it appear overcast, Olmedo said. Some see this as a break from the sunlight and are encouraged to go outdoors, but that could be dangerous with the air quality.

Brawley had very unhealthy levels of concentrated particulate matter 10, according to ImperialValleyAir.org as of 6 p.m. Sept. 8. That means that people with heart or lung disease, older adults and children should avoid all physical activity outdoors. Everyone else should avoid prolonged or heavy exertion.

Particulate matter like those from the fire can be very risky for people with respiratory issues, Olmedo said.

“It’s not very helpful as we’re entering what has been defined as the ‘twindemic,’ the flu season and COVID-19, just creating a much greater risk to the local population.”

It is important that people keep an eye on the air quality in the region, through sites like http://www.imperialvalleyair.org/, Olmedo said. The monitors allow residents to see what the air quality is like in real time so they can make informed decisions.

“We’ll get through this crisis, and we’re praying for all these people who are victims to these fires,” he said.

While local firefighters aren’t at the Valley Fire, a strike team is assisting with the El Dorado Fire in the San Bernardino mountains. That fire began Sept. 5 and has consumed 11,479 acres as of an update on the CalFire website on Sept. 9.

The local strike team left Sept. 6 and may be there a few more days, said Holtville Fire Chief Alex Silva. It depends on conditions at the fire scene, he added.