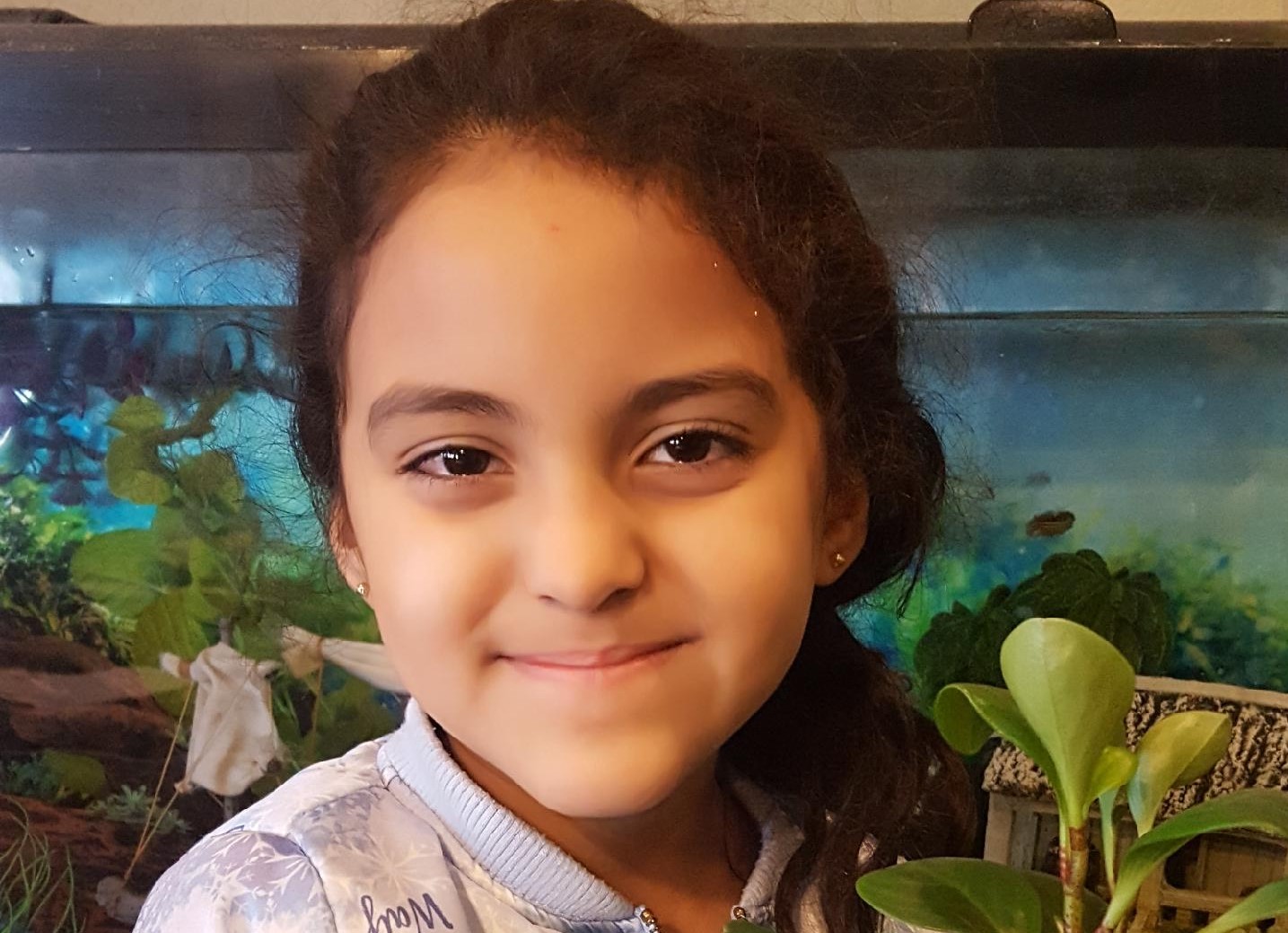 Ximena Martinez of Holtville is shown in this family photo. The 6-year-old was at her home doing well, resting and recovering from surgery on Monday, Oct. 26, after she was accidentally shot in the head on Saturday, Oct. 24, while with her family on the outskirts of Holtville. Family and authorities report she suffered the nonlife-threatening gunshot wound from a stray bullet that came from a nearby group. | PHOTO COURTESY OF MARTINEZ FAMILY
Home
Featured Stories
In Featured StoriesLocal News

Holtville Girl, 6, Recovering After Being Accidently Hit by Gunfire

HOLTVILLE — A 6-year-old Holtville girl was at home safely recuperating on Monday, Oct. 26, after being struck in the head by a bullet two days earlier while camping with her family in the area near Norrish and Whitlock roads, northeast of Holtville.

The camping trip was the first outing of its kind for Ximena Martinez and her immediate and extended family since the onset of the pandemic and was something they had all been looking forward to, said her father, David Martinez.

The camping location has long been a favorite destination for the Martinezes and many others from Holtville who prefer its relative tranquility and seclusion compared to other more popular off-roading locales such as the Imperial Sand Dunes.

On this occasion, the Martinez family had heard a lot of gunfire coming from a nearby area known as “the pit,” where individuals have increasingly gone to practice target shooting in recent years, Martinez said in a phone interview Oct. 26.

The constant gunfire was rather unnerving for the extended Martinez clan, which along with David and Ximena, included Martinez’s wife, his 4-year-old daughter, his mother, and his sister and her husband and their son.

“It was the first outing for the kids who were looking forward to it, and we didn’t want to cut it short because of the shooters,” David Martinez said.

The family had just gathered around the campfire about 6 p.m. to roast marshmallows when a 9 mm bullet grazed Ximena’s head, ultimately lodging itself between her scalp and skull, her father explained.

“And with her first marshmallow she got hit,” he said.

Martinez said Ximena could recall the hard impact of the bullet, followed by a ringing sensation and temporarily not being able to hear.

Following the incident, the family rushed Ximena to Pioneers Memorial Hospital in Brawley. She underwent surgery there to remove the bullet and received three staples to close the wound.

A follow-up scan of her head and brain revealed some internal bleeding, prompting doctors to recommend Ximena be flown to Rady Children’s Hospital in San Diego, Martinez said.

Physicians there subsequently told the Martinez family that the bleeding was minor and should naturally resolve itself without any complication, Martinez said. Ximena was released from the hospital about midnight Sunday, Oct. 25.

Martinez expressed concern about the increased frequency of individuals practicing target shooting in the area of Norrish and Whitlock, which attracts many Holtville families for camping and off-roading.

“There’s no control as to when people go out to shoot,” he said.

The county Sheriff’s Office is investigating the incident as a negligent discharge of a firearm, and though they have not identified any suspects, they have been attempting to contact a person of interest, Chief Deputy Robert Benavidez said Oct. 26.

“We’re following up on leads and seeing where it goes,” he said.

“Due to the fact that we don’t have an exact ‘location’ where the bullet was shot from, it’s hard to say if it was in fact ‘legal,’” Benavidez stated in an email. “(It’s) arguable it wasn’t, because it did in fact hit someone.”