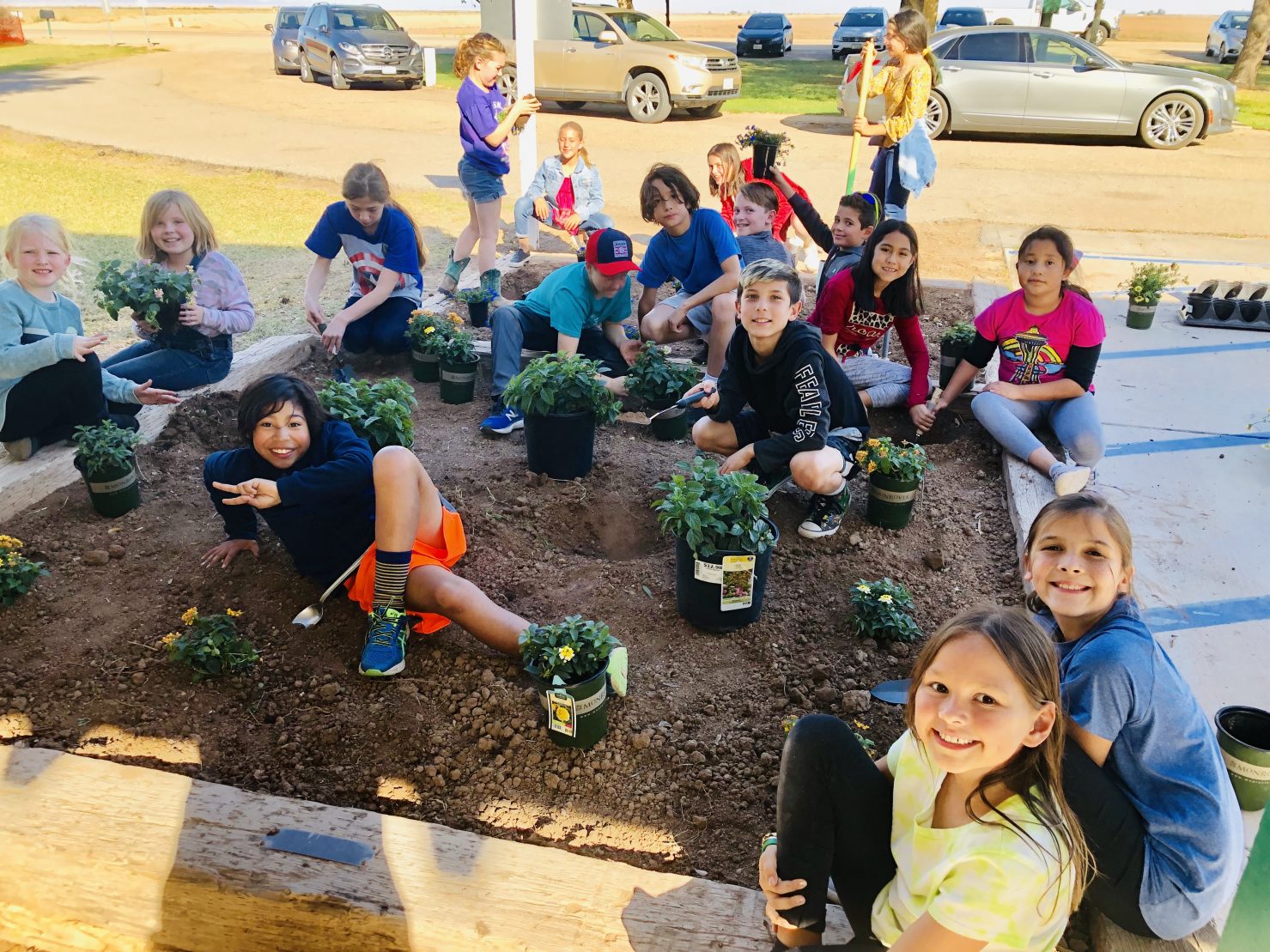 Pine School students participate in a campus beautification day event last year in this file photo. The state recently denied the Holtville Unified School District's waiver to resume in-class instruction for transitional kindergarten through fifth-grade classes in the district, including for Pine, due to rising cases of COVID across the state. | FILE PHOTO
Home
COVID-19
In COVID-19EducationFeatured StoriesLocal News

HOLTVILLE — The Holtville Unified School District was denied a waiver from the state to resume in-person instruction for transitional kindergarten through fifth-grade students on Tuesday, Nov. 17, Superintendent Celso Ruiz announced.

The reason for the denial by the California Department of Public Health was the rising number of COVID-19 cases in the county, Ruiz said in an email on Wednesday, Nov. 18.

“HUSD will continue to communicate with our local health officials to monitor the situation and will communicate with the community once there is an opportunity to renew our application for voluntary in-class instruction,” Ruiz said.

He disclosed the application to the state on Monday, Nov. 16, during the Board of Trustees meeting.

The waiver closely matches a COVID-19 reopening plan that the district’s board unanimously approved during its regular meeting that night.

Both the reopening plan and the waiver for in-person instruction had been submitted to the Imperial County Public Health Department for review about two weeks ago and were subsequently approved.

At the time of board’s Nov. 16 meeting, the district was awaiting word from the California Department of Public Health.

“As of right now, we don’t have an answer from the state,” he said during the meeting.

However, news of the state’s denial was initially disclosed on Tuesday evening, when Holtville Unified board Trustee Robin Cartee posted on her Facebook page that the waiver had been denied.

“The request was approved by the county, but we just found out today that it was denied by the state,” Cartee wrote. “Sorry parents. HUSD is trying their best.”

The waiver allows for TK-sixth-grade classroom instruction to resume in counties where schools and non-essential businesses remain closed, so long as the appropriate safety measures have been adopted and other conditions met.

Prior to the district submitting the waiver to the state, it had adopted some recommendations by county Public Health.

“Most of the suggestions were just things that had changed from what we knew in July to present,” Ruiz said.

The reopening plan had initially been drafted during the summer but was placed on hold after it became apparent that schools would be prohibited from reopening at the start of the 2020-21 school year amid the pandemic.

The 10-page reopening plan is available for public review on the district’s website. It could potentially be brought back to the board for possible amendments, depending on any public input, Ruiz said.

“It’s a working document,” he said.

The waiver and reopening plan details how the district intends to resume in-classroom instruction, transport, and feed students, as well as maintain clean and sanitized campuses for the benefit of students and staff alike, Ruiz said.

“It all focuses on safety,” he said.

A survey the district had conducted in June and whose results were published on the district’s website revealed that a majority of parents were planning to have their children return to school for in-class instruction for the 2020-21 school year. Of the 581 respondents, 53 percent stated they were anticipating sending their kids to school, while 36 percent had planned to keep their children home.

Compared to adults, fewer children have been sick with COVID-19, although they can still spread the virus, the Centers for Disease Control and Prevention has reported.

As of Tuesday, Nov. 17, a total of 588 positive cases of COVID-19 have been reported in Holtville, the Imperial County Public Health Department’s website stated. The city’s population was reported to be about 6,600 in 2019, according to the Census Bureau QuickFacts website.

During its meeting, the Holtville school board also unanimously approved a grant agreement with the U.S. Department of Agriculture, and the issuance and sale of $4 million in Measure G general obligation bonds.

The USDA award stems from its Community Facilities Loan and Grant program and will provide the district with a total of $56,681 for the purchase of electronic devices for Finley Elementary and Holtville Middle School for the campuses’ one-to-one device projects.

As part of the grant agreement, the district will be providing $46,376 in matching funds as well. The district had previously received similar grant awards from USDA for its one-to-one device programs at its other campuses, with Finley and the middle school representing the last two, Ruiz said.

Lastly, the board authorized the issuance and sale of an additional $4 million in Measure G general obligation bonds.

The $10 million Measure G bond was approved by voters in November 2018 to modernize classrooms and facilities, as well construct a new middle school gymnasium/multipurpose room. The district had previously issued $4 million in bonds in June 2019.

By issuing $4 million in bonds at present, instead of the total $6 million available for sale, the district will be able to ensure property taxes associated with the bond do not exceed $40 per $100,000 of assessed value.

“We had promised the voters that we would not exceed the $40,” Ruiz said.

The remaining $2 million in bonds will likely be issued in a year or two, he said.

Previous
County: Flu Vaccine is Vital ‘This Season, More than Ever,’ As COVID Rages