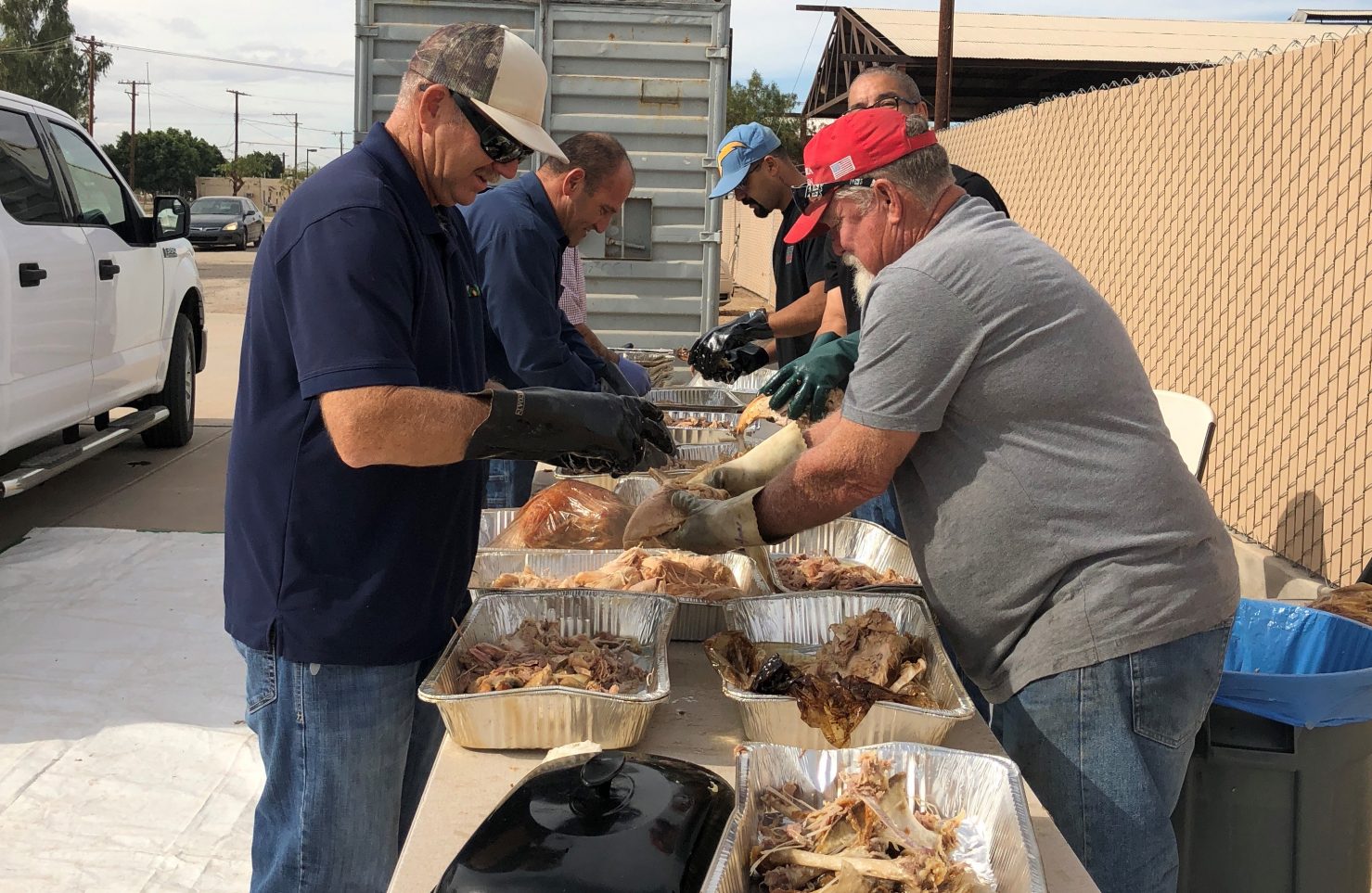 HOLTVILLE — Turkey is back on the Thanksgiving menu in Holtville now that Turning Point Life Center has been able to revive its annual holiday luncheon with the assistance of St. Paul’s Lutheran Church.

Because of the pandemic, Turning Point had organized a to-go luncheon for Thursday, Nov. 26, where patrons could line up in their vehicles to receive a curbside to-go plate of turkey and fixings.

Turning Point was forced to cancel its luncheon benefitting the less fortunate on Monday, Nov. 24, after receiving word from county Public Health Department officials that it did not comply with COVID-19 restrictions.

Yet, that advisement from the Imperial County Environmental Health Division did not specify the rationale for the event’s closure, leaving it up to event organizers and supporters to determine the exact nature of the restrictions.

Turns out that the kitchen at Turning Point was not certified by the county to prepare and distribute food and therefore could not be used to prepare the Thanksgiving luncheon’s meals, said Pastor Norm Chandler on Wednesday, Nov. 25.

The revelation sent church officials and supporters of the annual affair scrambling to find an alternative site where the food could be prepared and distributed. St. Paul’s Lutheran Church in Holtville quickly came to the rescue.

“The Lord is pleased the food will be handed out and people are going to be fed,” Chandler said.

Shortly after receiving word from the county that the event had to be cancelled, Chandler had taken to social media to announce the news, which came as a disappointment to many in the community.

Chandler said on Wednesday that had he been advised on Monday of the need to prepare the food in a certified kitchen, he would’ve refrained from making any public announcement and instead focused his efforts on finding an alternative site.

“They never once mentioned that,” he said.

The omission on behalf of county officials appears to have been a miscommunication, said county Supervisor Ray Castillo, whose district includes Holtville.

Castillo also lent a hand to help resolve the issue so that the luncheon, which has been taking place for more than 20 years, could move forward.

“I’m sure glad, because there’s a lot of needy people who look forward to it,” Castillo said on Nov. 25.

Current restrictions in the county prohibit the distribution of food in public settings unless the food is prepared and distributed from a kitchen that is licensed by the county, such as that used by The Salvation Army for its holiday luncheons, Castillo said.

The same restriction would prevent food from being prepared and sold at farmers markets, he added.

In keeping with the spirit of the holiday, Castillo’s assistance was greatly appreciated by Rosie Allegranza, Holtville Chamber of Commerce chief executive officer. She, too, was among the community members who had expressed disappointment upon initially hearing that the annual luncheon had been cancelled.

“Turning Point and the Holtville chamber are so thankful for all of his hard work,” Allegranza said on Nov. 25.

Because of the current restriction, St. Paul’s Lutheran Church will serve as the site of the luncheon. The church is located at 548 Chestnut Ave. The event will run from 11 a.m. to 1 p.m. and volunteers will be on hand to direct traffic at the church’s grounds.

Turning Point plans to distribute about 400 pounds of turkey, the equivalent of about 20 turkeys. Aside from the main course, to-go plates will also include mashed potatoes, green beans, stuffing, bread roll, and a slice of pumpkin pie.