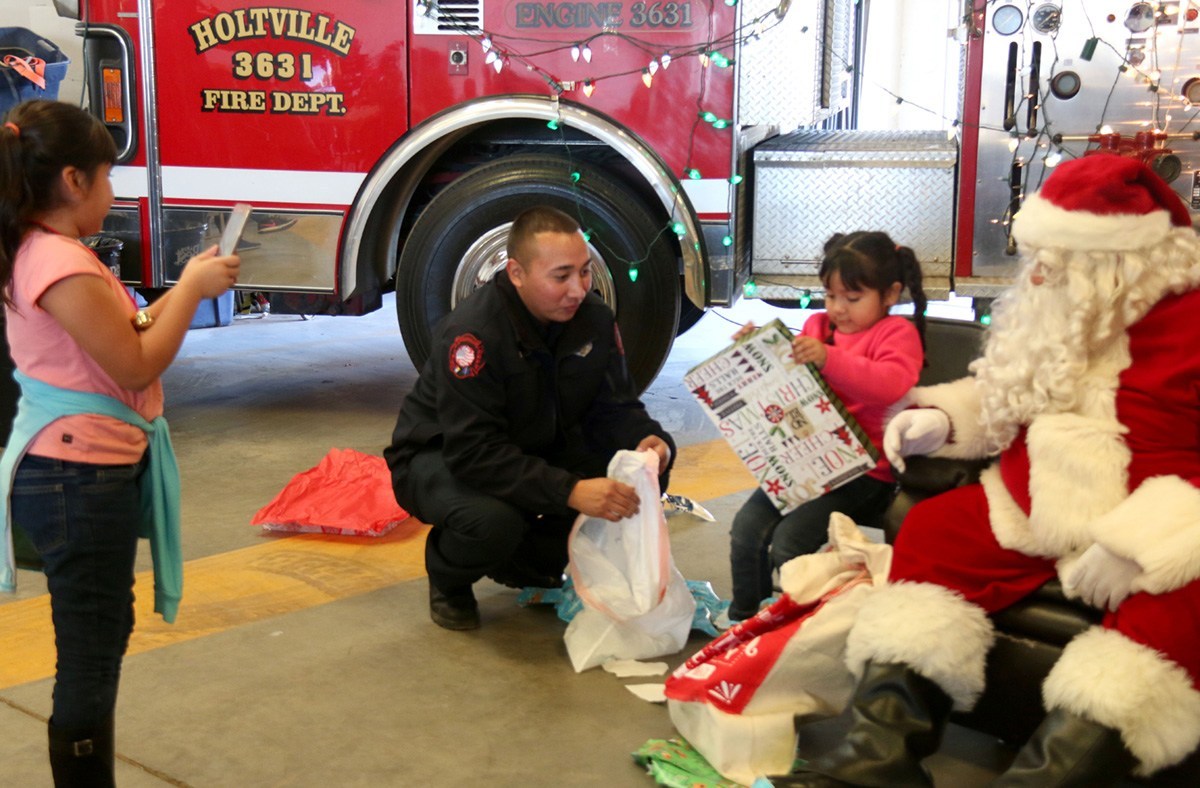 Sofia Zavala (left) photographs Araceli Zavala with Santa Claus on Dec. 20, 2019, during the Christmas “Guardian Angel” event at the Holtville fire station. There won't be any close-contact Santa interactions this holiday season due to COVID restrictions, but Holtville residents can get a glimpse of St. Nick and some of his "elves" during a caravan along city streets starting at 5 p.m. Thursday evening, Dec. 10. | FILE PHOTO
Home
Community Briefs
In Community Briefs

HOLTVILLE – Santa Claus and the Carrot Festival court royalty will lead a caravan of vehicles to spread some holiday cheer throughout Holtville on Thursday, Dec. 10.

Community members are encouraged to help welcome Santa and the girls as they pass by on a trailer pulled by a Holtville Fire Department truck.

The merry revelers will depart the fire station at 5 p.m. and visit the Orchard View Apartments first before traveling east toward Towland Road to get to Apple Court.

From Apple Court, Santa will then drive through Oak, Ash, Elm, and Webb avenues. After going south on Webb, Santa will turn east and visit the Chestnut Village Apartments and the Spanish Trails mobile home park.

After that, he’ll head west on Seventh Street to Olive Avenue and pass up and down all the avenues between Beale and Olive, and end his tour by passing through Mesquite Avenue, and Palo Verde and Tamarack streets.

The event is being jointly sponsored by the city of Holtville and the Holtville Chamber of Commerce and is being organized in place of the annual Christmas in the Park event that is typically scheduled around the holidays at Holt Park..

“Since we can’t do that we did this,” said Rosie Allegranza, chamber chief executive officer.

Organizers said they would like to thank local resident Kevin Grizzle for lending Santa the trailer as well as the hay bales to sit on.

Community members can Santa and his caravan safely from outside of their homes or on Facebook Live on the Holtville Chamber of Commerce’s page.

Next
Holtville Council Members Highlight Priorities Ahead of Swearing-in