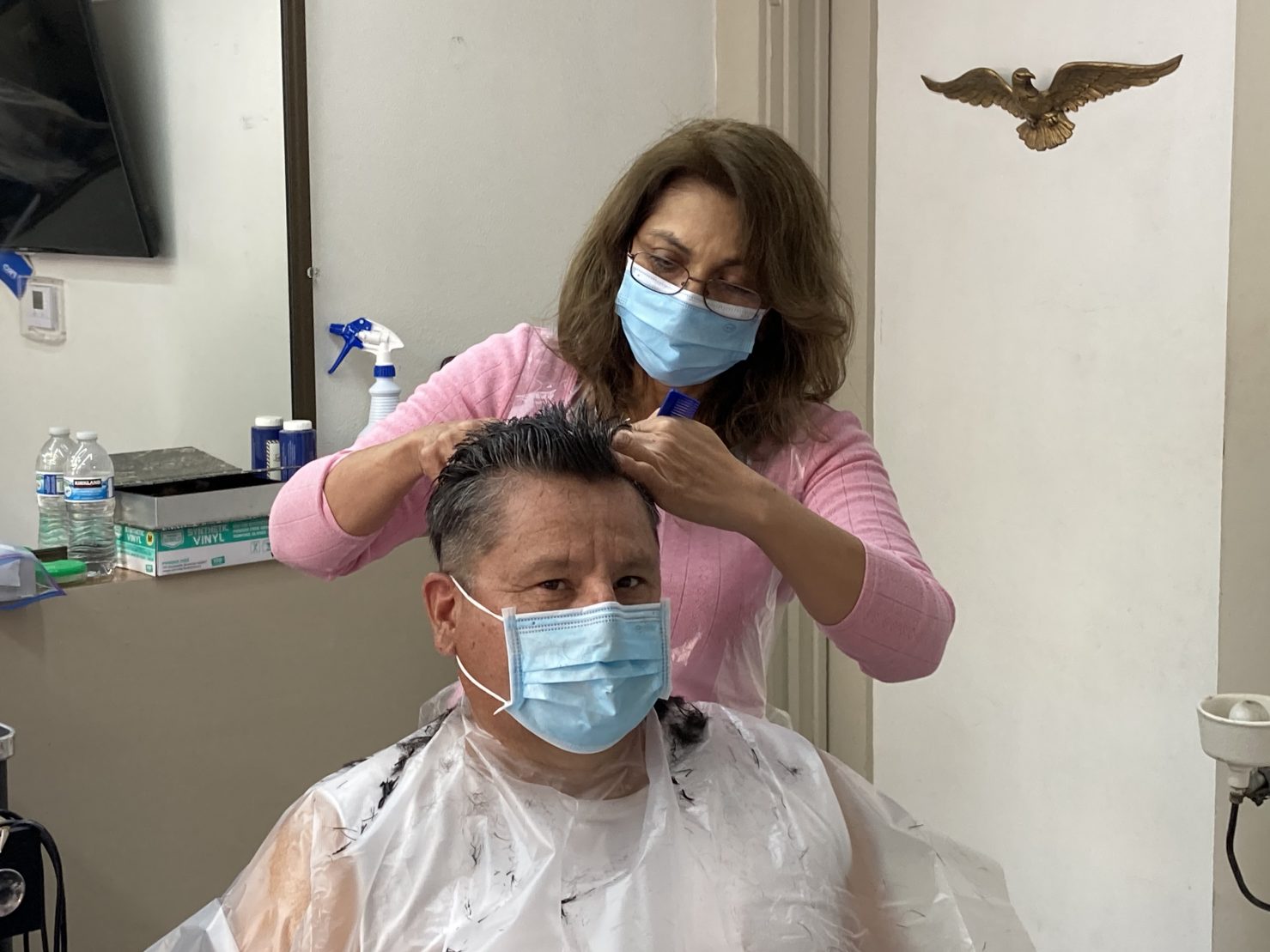 HOLTVILLE — Like most barbershop owners, Joe Perez is bracing for the financial blow expected to follow another stay-at-home order that has forced personal care businesses and other industries to temporarily shut down throughout the Valley.

“I think obviously it’s going to lead to a shutdown and maybe not being able to reopen the establishment once the orders are cleared,” Perez, owner of Park View Barber Shop, said during an interview on Monday, Dec. 7.

His Holtville-based business at 528 Holt Av., near City Hall, had already had to deal with similar closures due to the ongoing pandemic and hadn’t had the opportunity to open its doors to customers throughout most of the summer until late September.

“For the barber industry, it’s been detrimental to our business and to the lives of the barbers that work at the Holtville shop,” Perez said. “Holtville is already a small town with such a small population. It is really just killing the industry especially for small business owners.”

The new regional stay-at-home order, which laid out a minimum three-week shutdown, was announced by Gov. Gavin Newsom on Thursday, Dec. 3, and went into effect Sunday, Dec. 6, for the Southern California region after cumulative hospital intensive-care unit capacity dipped below the trigger point of 15 percent.

Under the new guidelines, barber shops would join hair salons, bars, wineries, and other personal-service businesses in closing. Retail is still allowed, but at maximum 20 percent capacity and restaurants are limited to takeout and delivery service only, according to the state order.

“A second go around of stay-at-home orders is going to be difficult to come back from if it lasts more than a week, a week in a half,” Perez said. “It is difficult to pay the rent, pay the bills, water, and utilities.”

Already expecting the coming weeks to be more difficult than any closures before it, Perez is disheartened by the governor’s decision, especially given that his business, like many others, had been enforcing restrictions, such as social distancing, temperature checks and other demands required to re-open safely.

“I think it’s going to be more difficult this time around given the fact that once you’ve suffered such an economic loss, trying to get back up is difficult, not impossible,” Perez said. “It’s ridiculous what (Gov. Newsom) is doing. We are following the guidelines of protecting the client and protecting ourselves.”

Perez is also concerned about the fear such restrictions can leave on customers following the shutdown order.

“People become frightened and may not want to come out or they don’t know how to get ahold of anyone to service their needs,” he said.

Also frustrated by the recent order, Luis Castillo, owner of A Timelezz Barbershop in El Centro, shared his thoughts on how his business will be affected following its closure.

“We will not survive another shut down,” Castillo said. “It’s outrageous that casinos are open and other nonessential stuff are open, but we got to shut down.”

Castillo has had to commute between his local business located at 1450 Broadway, and another barbershop location in San Diego for the past five months to keep his business afloat during these uncertain and restrictive times.

“Now people are not going out and everything is closed while the cost of supplies for barbers is limited and expensive for us to keep the community safe,” Castillo said of some of the struggles he’s had to experience as a result of the pandemic-related restrictions. “There still was not enough people walking through the doors and the media is scaring people on TV and social media.”

Castillo said the new orders don’t feel too different from previous versions announced earlier in the year. However, he said, this time he is not sure his business will be able to survive.

“I’ve asked the city for help, but they don’t make it any easy on us to get help,” Castillo said. “So, another shut down will kill my business.”

If this second round of shutdowns feels more difficult on business owners, it’s likely because it will be, explained Brawley Chamber of Commerce Chief Executive Officer Katie Luna on Dec. 8. Luna is coordinator of the Imperial Valley Business Recovery Task Force.

“Many businesses have exhausted their Paycheck Protection Program and Economic Injury Disaster Loans options,” Luna said. “Without a further stimulus package approved, there are no guarantees of a business being able to sustain their operations if shut down.”

As for the next three weeks, Luna said she was not aware of any new opportunities of assistance that may have come available to those businesses affected by the recent stay-at-home orders.

“Without income, businesses will have to lay off employees, further jeopardizing access to healthcare and other necessities,” Luna explained. “Our economy and community as bodies of people are so tightly intertwined that we can’t have one healthy without the other … we can’t have access to good health if we have a closed economy.”

Luna said keeping our economy open is critical to the basic needs of the community.

“We call on our community to step up for the cause by not gathering, wearing your masks, washing your hands, and staying six feet apart,” shared Luna. “We can only move forward if we work together.”

Optimistic about the future, Juan Vargas, owner of Headquarters Barbershop located inside the Imperial Valley Mall, shared his reasons for holding out hope for a payoff post-COVID during an interview Dec. 7.

“It’s been hard, but in the end it would be worth it,” Vargas said. “I feel like people will, with themselves more at peace and at ease with the virus being contained, they’ll be more willing to come out.”

The only concern Vargas has is if his business will be able to stay open until that big payday comes.

“I’m just hoping that we’ll be able to stay open, because I feel like the turn out could be great,” Vargas said. “Hopefully, it doesn’t take too long.”

Being inside the mall, Vargas anticipated that not many customers would want to stop by his shop for fear of being exposed to too many individuals that could possibly be carrying the virus.

“This cannot affect my businesses 100 percent completely, because I’ll be able to hopefully go elsewhere once this is over, but my main concern is will the mall be able to withstand an impact like this?” Vargas considered.

Like other barbers, Vargas had been operating under strict public health restrictions for the past few months prior to the new order, which was not always favored by clients.

“The only thing that had affected us was that people couldn’t come and wait inside and it made them not want to even get a haircut at all,” he said. “It makes people unhappy and we have to let them know that it’s not just us because sometimes they feel like it’s us not wanting to do it, but there are certain guidelines we need to follow.”

As he prepares for the next three weeks of the shutdown, Vargas remains hopeful that a reopening will be worth the wait.

“I feel like if we can sustain and stay open, we’ll have a good outcome in the future,” he said.