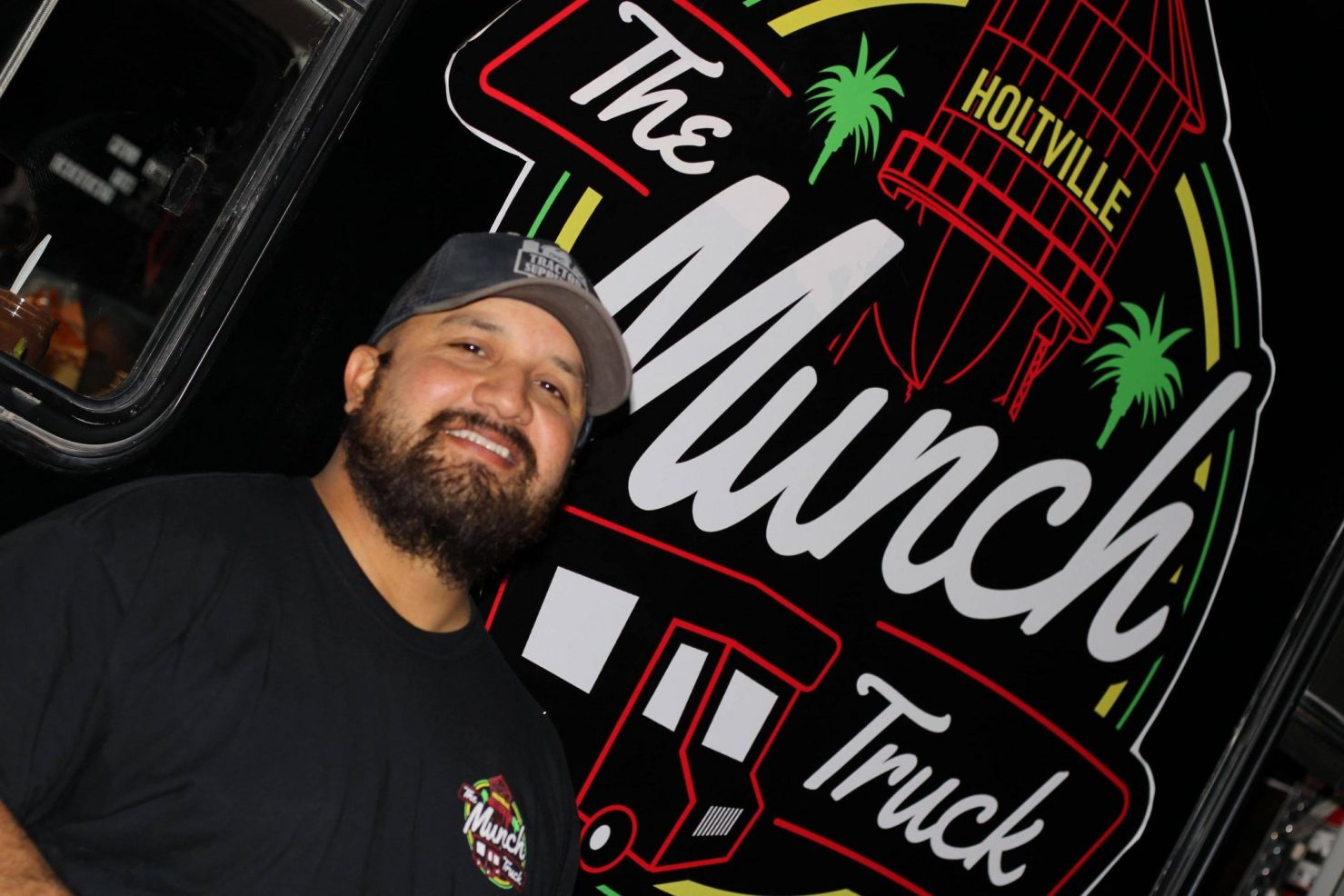 Richard Ray Viesca said he was inspired to open his mobile eatery, The Munch Truck, by his love of learning and challenges. The Munch Truck's hours of operation will be 3:30 p.m. to 9 p.m. Fridays and Saturdays. | COURTESY PHOTO
Home
Business
In BusinessFeatured Stories

Paninis, Tortas, and Snacks, Oh My! The Munch Truck Arrives in Holtville

HOLTVILLE — Among the many challenges Richard Ray Viesca encountered when attempting to custom build and operate a lunch truck was the build itself and securing the proper permitting.

That, and coming up with a business name.

“I was initially stuck on coming up with a name, so I had asked my nephews to help me choose a catchy name,” Viesca stated in an email Monday, Jan. 4. “They thought ‘Munch Truck’ was a good idea because it rhymed with lunch truck.”

And with that suggestion Viesca’s dream of providing the community with tasty and affordable fare on a mobile platform was branded The Munch Truck.

His nephews aren’t the only family members who Viesca relied on to make his dream a reality.

“My dad is what you would call a jack of all trades and he was able to give me much needed guidance on the food truck build,” the 32-year-old El Centro resident said.

The food truck build consisted of taking a former U-Haul box truck and converting it into a mobile kitchen, in strict accordance with state standards.

The process itself was lengthy and not without frustration and doubt. But with each hole that was cut and fabricated material that was installed, the food truck began to take shape.

The slower pace also meant that Viesca could make small monthly investments in his project over a longer period, rather than requiring an infusion of capital all at once.

“There’s a saying that states: ‘Yard by yard is hard, but inch by inch is a cinch,’” Viesca said.

The used box truck was initially purchased so many years ago that Viesca couldn’t recall the exact date.

In 2017, he was able to secure the “commercial modular” classification for the planned food truck from the California Department of Housing and Community Development. The county Public Health Department’s approval came in November 2019 and, lastly, his Holtville business license was obtained on Jan. 1.

The prolonged time reflects the fact that Viesca was attending to other priorities throughout the process, he said.

On the day after he obtained his business license, Viesca and his team set up operations and began serving quality paninis, tortas frescas, and other munchies in Holtville.

As a full-time employee for the city of Holtville, Viesca said the time he can spend operating The Munch Truck will be limited at first but will expand over time with the increased efficiency of his team. For now, hours of operation will be 3:30 p.m. to 9 p.m. Fridays and Saturdays in Holtville.

When opportunities arise, The Munch Truck team may also consider taking its fare on the road to other Valley locales, he said.

On Friday, Jan. 8, would-be patrons will be able to find The Munch Truck near Holt Park at the corner of Sixth Street and Pine Avenue. Patrons are kindly reminded to follow all recommended COVID-19 health and safety guidelines.

“The safety of The Munch Truck members and the safety of our community is our No. 1 priority, so safety measures are being taken to eliminate the spread,” Viesca said. “So, if you do happen to come out, remember to wear your mask and social distance.”

The reason to operate a food truck as opposed to a brick-and-mortar restaurant was a matter of convenience and capital for Viesca. Fixed restaurant locations are a high-risk venture, making obtaining a bank loan more of a challenge, he said.

“When I considered the monthly lease of the business location, the cost of appliances, the inspections fees, and everything else involved, it made more sense to me to build a food truck at my pace,” Viesca said.

As a mobile food facility, The Munch Truck is also required to have a commissary, or home base where the food truck can store and prepare food, as well as maintain the truck.

Viesca arranged to have Holtville’s Los Cerritos Restaurant and its commercial grade, NSF-approved and Public Health Department-sanctioned kitchen serve as the commissary.

As fickle as operating an eatery can be, Viesca said he was inspired to open his business by his love of learning and willingness to take on challenges. Nor does he seem fazed by the prospect of opening and operating The Munch Truck amid the COVID-19 pandemic.

“I wanted to open a business where there is a direct correlation that reciprocates the amount of effort and passion I put in,” he said.

He also offered sound advice for any other community member who might be considering operating a food truck.

For starters, one should obtain information from their local governmental officials before purchasing a food truck from a different county or state because the regulations may be different in each jurisdiction.

“Take the necessary breaks but don’t give up and, last but not least, do not to forget to enjoy the process,” Viesca said. “Follow your passion.”