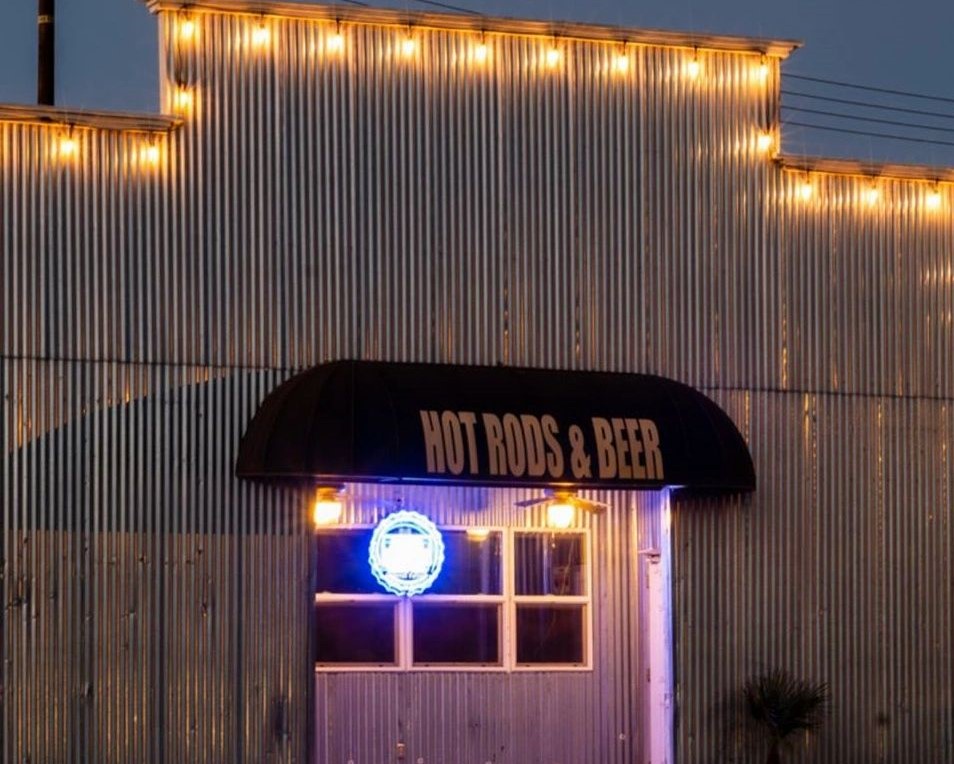 HOLTVILLE — A shared passion for live music, good food, and originality has resulted in a recently forged partnership that aims to keep Hot Rods & Beer as the local go-to venue for all three amenities.

Before they were partners, Hot Rods’ founder John Prock had first met Francisco “Pancho” Garcia while the latter was performing with his bandmates at the Owl Café in El Centro more than 10 years ago.

Prock was impressed enough by Garcia and his bandmates that he invited them to perform in Holtville at Prock’s soon-to-be opening bar and restaurant, Hot Rods & Beer.

Soon after, Garcia helped design and install the venue’s sound system, while he and his bandmates became a nearly weekly presence onstage at the venue.

“From there, we developed a friendship,” said Garcia, guitarist and vocalist for local bands Confusion and No Audio.

That friendship eventually blossomed into a formal business partnership in December. Before inking their deal, Garcia had confided to Prock that he was interested in obtaining a liquor license in the hopes of opening a bar and restaurant.

In response, Prock had told Garcia that the challenges of the COVID-19 pandemic had prompted Prock to consider an early retirement from the restaurant business, Garcia said. Their respective plans worked out to both their mutual benefit.

“I already had plans of doing my own thing,” Garcia said, “it just coincided with him wanting to step back a little more and sell the place.”

The partnership stipulates that Garcia has the option to purchase Prock’s share of the venue after 12 months. For his part, Prock had insisted that the site remain open in Holtville for at least five years before Garcia considers possibly expanding the venue to other locations outside the city.

The opportunity to become a partner in Hot Rods & Beer was too good to pass up for Garcia, even as the COVID-19 pandemic continues to put a damper on business operations.

On Wednesday, Feb. 3, patrons were to return to safely dining outdoors at the venue’s spacious grounds.

“The good thing is, it’s a big property so we have a lot of space to separate tables,” Garcia said, referring to the COVID-related requirements that regulate the spacing of outdoor dining tables.

Adding to the restaurant’s allure is the fact that it was converted from an auto mechanic shop into a hot rod-themed eatery, Garcia said. In his estimation, such originality stands out in a county that is awash with chain restaurants and Mexican food joints.

“It was just a cool concept,” the 40-year-old El Centro resident said. “There’s really no other place like that here in the Valley.”

To date, the popular restaurant has not attempted to remain open solely for takeout during the pandemic.

The restaurant’s chef and two of its original bartenders returned for Hot Rods’ reopening and patrons can expect the same quality and variety of food options, although some items were pared back from the menu.

“Eventually we’re planning on bringing back some of those items, like the ribs,” Garcia said. But other than the menu’s slight adjustments, Garcia offered assurances that not many other changes are in store for the storied restaurant.

Indeed, patrons should be glad to hear that Angus ribeye steak nights will return on Wednesdays and Fridays. Overall hours of operation will be from 5 to 10 p.m. Wednesdays through Saturdays, and may expand should the crowds keep clamoring for more, Garcia said.

A full-time employee of the energy-industry consulting firm, ZGlobal, Garcia said he always had an interest in the bar and restaurant business. He previously owned and operated two separate businesses in San Diego before he moved back to the Valley in late 2014.

Next
Holtville Fire Dept. Has Busiest Year Due to COVID