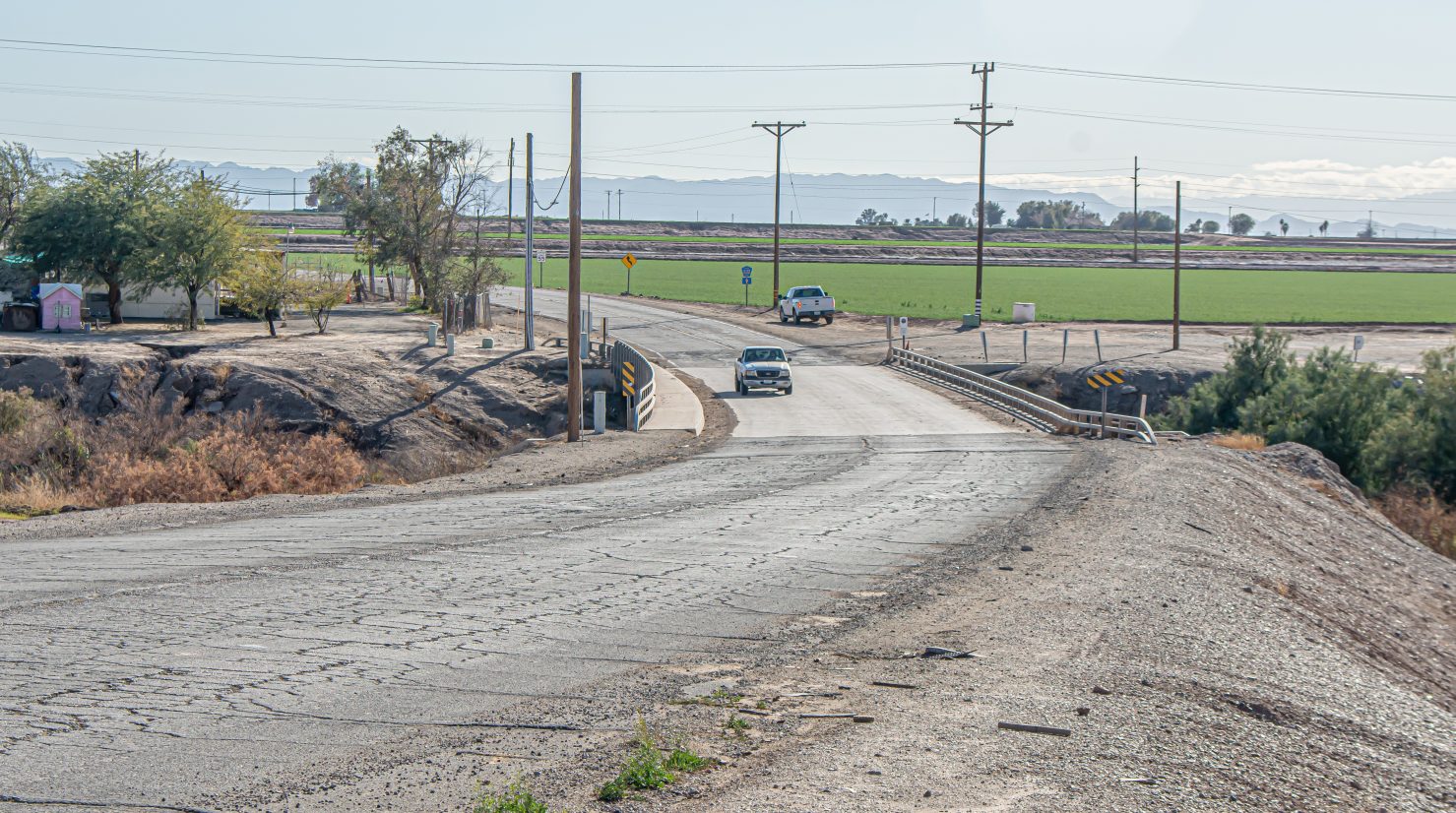 Orchard Road is slated to be closed between the Alamo River Bridge and Fourth Street for at least four weeks starting on March 1. | CAMILO GARCIA JR. PHOTO
Home
Local News
In Local News

HOLTVILLE — Orchard Road is slated to be closed between the Alamo River Bridge and Fourth Street for at least four weeks starting on March 1 as part of a $414,000 street-improvement project.

The improvement project was initially expected to have gotten underway sooner, but was delayed following a pre-construction meeting on Friday, Feb. 5, City Manager Nick Wells told the City Council during its Monday, Feb. 8, meeting.

During the pre-construction meeting it was determined that the delayed start of the project would help ensure it could proceed without any further delays or interruptions and potentially be completed within four weeks, Wells said.

Previous announcements estimated the project could have taken from six to eight weeks to complete.

“The less time that they could do it in, the better,” he told the council.

The street-improvement project will rehabilitate about 567 feet of Orchard Road, which serves as the city’s sole point of access from the south.

Wells’ remarks regarding the project were part of his report to the council during a relatively short meeting that had just one item on its agenda for potential action.

Wells also told the council that he plans to soon provide them with a review of the general fund budget’s status at a future council meeting.

His announcement was prompted by a report by finance supervisor Adriana Amezcua that disclosed the city’s year-to-date revenues were down because of a notable drop on gas sales taxes, and that overall year-to-date expenditures were down as well.

“Most things are kind of trending the way they should,” Wells said.

Amezcua also disclosed at the end of the council meeting that she would soon be leaving her position with the city of Holtville to pursue an employment opportunity elsewhere.

Regarding the meeting’s action item, the council unanimously approved a resolution to adopt the county’s updated Multi-Jurisdictional Hazard Mitigation Plan (MHMP) to be eligible for pre- and post-disaster mitigation funds from the Federal Emergency Management Agency.

The city had previously adopted the county’s MHMP in 2009 and 2014. It was joined by the cities of Brawley, Calexico, Calipatria, El Centro, Imperial, Westmorland, the Imperial Irrigation District, and the Imperial County Office of Education, which represented all the county’s school districts, the plan stated.

As defined by FEMA, a “hazard” is “any event or condition with the potential to cause fatalities, injuries, property damage, infrastructure damage, agricultural loss, environmental damage, business interruption, or other loss,” the 2021 MHMP stated.

Following the participating jurisdictions’ approval of the updated plan, the plan will be submitted to the California Office of Emergency Services for review and approval and then forwarded to FEMA for final approval, the city’s accompanying meeting agenda report stated.

Like its jurisdictional partners, the city faces a “very high” probability risk of an earthquake, and a “high” risk of severity resulting from a quake, the plan stated. Wildfires are assigned a “medium” risk probability, with a risk severity of “low.”

Though the city is not listed as being in a flood-prone area, its flooding risk probability is listed as “high,” and its risk severity listed as “medium,” as determined by the plan’s Hazard Mitigation Working Group.

Areas that have been identified as being at risk of potential flooding include Holt Avenue and 10th Street, Eighth Street and Melon Avenue, Ninth and Melon, as well as Seventh and Walnut Avenue, the MHMP stated.

In response, the city has established programs that maintain and improve all drainage and flood control facilities, as well as mitigate or prohibit development that increases the city’s drainage system to exceed design capacity, the plan stated.

The risk of a hazardous pest infestation for Holtville, as well as the rest of its jurisdictional partners, is “very high,” though risk severity is deemed “medium.”

And as the COVID-19 pandemic has shown, all local jurisdictional partners are considered at a “very high” probability risk of a naturally occurring biological threat, and given a “high” severity risk assessment, the MHMP stated.

Next
Holtville’s Hot Rods & Beer Revs Back Into Business