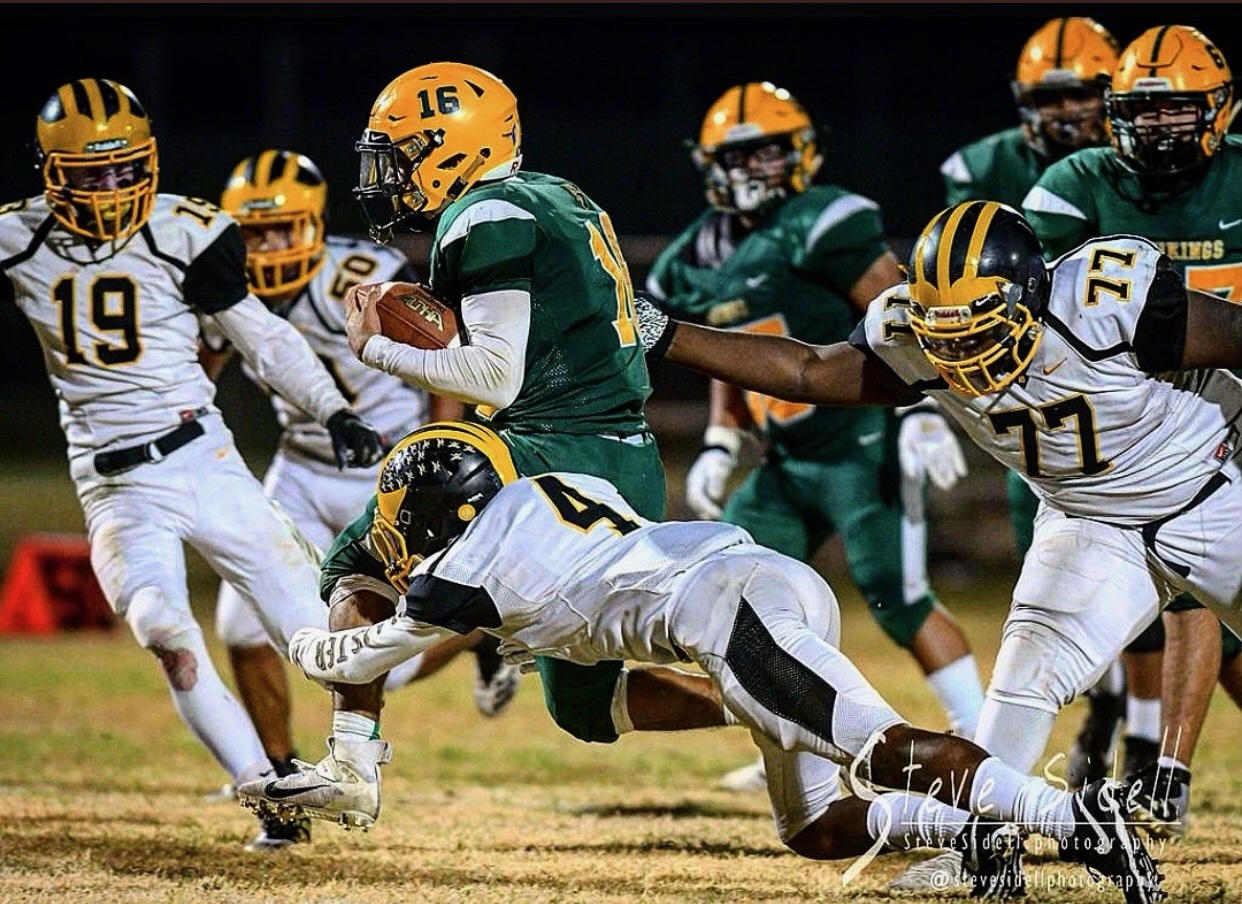 Are you ready for some football?

California Gov. Gavin Newsom, along with the California Department of Public Health, updated the state’s COVID-19 guidance on the return of high school sports on Friday, Feb. 19, opening the way for the return of football and other outdoor high-contact and moderate-contact sports.

With the new guidelines moving football from the Orange Tier to the Red Tier, practice and games will be able to begin while the county is in the Purple (most restrictive) Tier if it reaches the 14-per-100,000 number.

Due to regulations regarding the 2021-2022 school year and football season, this current football season will have to be completed by April 17, according to CIF-San Diego Section.

Weekly testing requirements will be put in place for the high-contact sports, including football. Moderate-contact sports — baseball, softball, and competitive cheerleading — will not require the weekly testing. Newsom announced on Friday that the state will pay for the cost associated with regular testing of high school athletes.

“I am so happy for the kids, especially the seniors,” said Jason Turner, Holtville High School’s football coach. “I’ve got kids calling asking, ‘is this real?’ We’ve talked to them about never, ever giving up and not losing hope. This is why, because it can happen.”

Football practices around the Imperial Valley will be kicking off on Feb. 26, and tentatively games are scheduled to begin on March 12, according to Turner. That would give players and coaches two weeks to get ready for competition, if the county reaches and maintains the 14-per-100,000 mark.

“The newly released guidelines will be reviewed by both the CIF-San Diego Section and our conference athletic directors in the coming days to determine our next steps,” said Calexico High Athletic Director Mariano Velez in a written statement. “Our focus will continue to be the health and safety of all participants and the successful implementation of our sports programs.”

“A lot of these kids enjoy the camaraderie with their sport, and that’s what keeps them motivated in school,” said David Shaw, Imperial High’s first-year head football coach. “I’m super excited for the kids. All these seniors have been wanting the chance to start football, and if our (COVID) numbers stay good, it looks like they will get that chance.”

A five-game schedule has been proposed to get the contests in prior to the April 17 stop date mandated by CIF-SDS. There will be no regular season games outside the Imperial Valley for local schools and no playoffs or San Diego Section championships.

“Maybe there can be an Imperial County championship game,” said David ‘Rookie’ Pena, Central Union High School’s head football coach. “At this point, we’ll take anything that is handed to us. I’m just so excited for the kids, and now they get the chance for that social interaction with their peers and a return to some type of normalcy.”

“There are a lot of things that need to be sorted out within this first week,” said C.J. Johnston, Holtville High’s vice principal and athletic director. “First thing is, the kids need to get their clearance paperwork done and medical physicals completed to be ready to go next Friday.”

While football is a CIF Season 1 sport in this COVID-shortened year, Friday’s updated guidance clears the way for Season 2 sports like baseball, softball, cheerleading, and boys’ and girls’ soccer.

Those Season 2 sports are also slated to get started in March, which could cause logistical and scheduling headaches for local athletic directors. Early indications are that there will be no junior varsity- or freshman-level teams. It will be strictly varsity in all sports this year.

Get Out the Vaccine Campaign Aims to Assist

“A lot of our decisions come at the direction of our county health department,” Johnston said. “Baseball and softball are scheduled to start on March 13, and soccer might be able to start a little sooner. If all our numbers are where they should be, we’ll be ready to go.”

Indoor sports were not addressed in the updated guidelines, and volleyball, which is a Season 1 sport, can still not be played because it is an indoor, Yellow-tiered, moderate-contact sport. Boys’ and girls’ basketball and wrestling are Season 2 sports, but the county would have to be in the Orange Tier for those to even begin practice.

Where County Stands on the Way to Red

Imperial County has already met some of the thresholds to be considered Red Tier-worthy, but it’s that case-per-100,000 that remains elusive for the time being, although county Public Health Director Janette Angulo on Wednesday, Feb. 17, stated the region is close.

“Our testing positivity and health equity positivity rates are both at 7.5 percent; both are within the Red Tier metrics (5 to 8 percent). The adjusted case rate per 100,000 (residents) is currently 18.4,” Angulo stated in a message on Feb. 17. “In order to meet the Red Tier’s case-rate metric, we need to fall within the 4 to 7 (cases per 100,000 residents) rate.

“We’ve definitely improved over the weeks, but we still have a bit to go,” Angulo stated.

She was asked whether the county was projecting a date when it might reach the Red Tier, and Angulo could not immediately provide that information.

For the purposes of resuming high- and moderate-contact sports, though, the case-rate count is nowhere near as demanding as the rate to move to Red permanently.