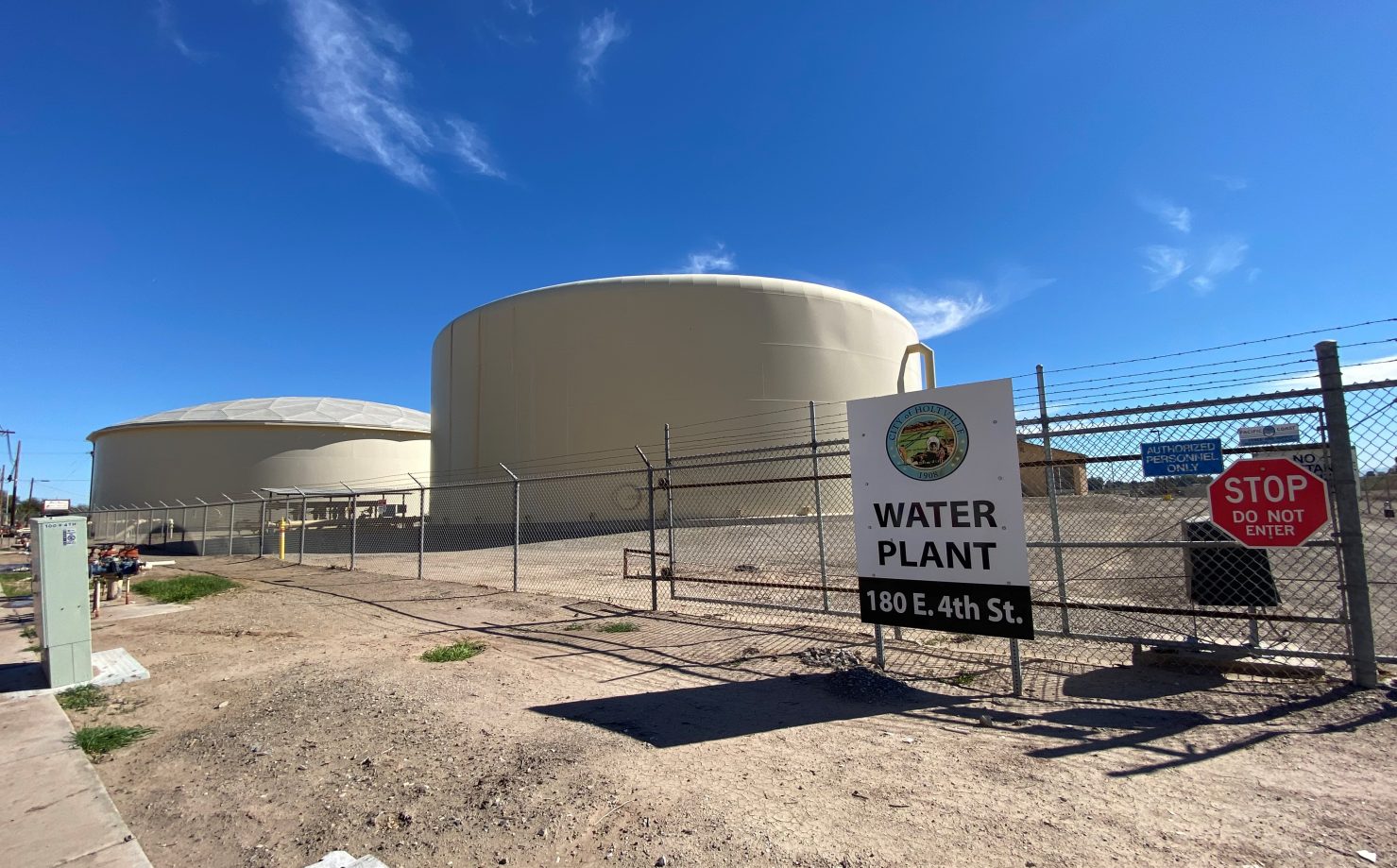 In doing so, the city left open the possibility that it may incur a cost of about $286,000 that remains to be funded by the California Clean Water State Revolving Fund, which has approved a $4.4 million grant for the overall improvement project.

Of that total grant award, the city had initially budgeted slightly more than $3 million for the construction contract.

Currently, the city is awaiting a response from State Revolving Fund officials regarding the city’s request for additional grant monies but has been told that response could take up to four months to receive, Holtville City Manager Nick Wells said.

Wells further advised the council that were the city to wait four months for the state’s response, the project’s lowest responsive bid would no longer be valid, requiring the project to go out to bid again, as well as likely prompt another State Revolving Fund request.

“Our worst-case scenario is, we’ll be in the same spot we are today in four months,” Wells said.

To avoid such a potential scenario, the council instead voted to approve the construction contract submitted by Hemet-based Canyon Springs Enterprises, doing business as RSH Construction.

Wells also reminded the council that the State Revolving Fund had initially indicated that up to $5 million in funding could potentially be made available for the water treatment plant upgrades.

“There’s nothing that indicates we won’t get fully funded,” he said.

If the state chooses not to provide the additional funds to the city, the original $4.4 million grant award contains about $342,000 in contingency funds that could help offset the additional $286,000 that will be diverted toward the construction bid.

“We still have to do the project because it’s a compliance project,” Wells said. “But my thinking was, we’ll get through all this.”

A compliance order from the State Water Control Resources Board for total trihalomethanes, or TTHM, violations is currently in place and has identified a series of facility improvements to attain compliance, according to a report to the City Council.

Those improvements include upgrades to the water treatment plant’s electrical and control systems, recoating of the 2.4-million-gallon ground storage reservoir, and the installation of a TTHM removal system, the council report stated.

Following a request for proposals in September, the city received five responsive bids, of which the $3.3 million bid from Canyon Springs Enterprises was ultimately identified as the lowest.

The company’s bid had contained some errors in its summary of line-item costs that resulted in another bid initially being identified as the lowest. Once those errors were addressed, it was determined to be the lowest responsive bid.

Canyon Springs Enterprises been operating for some time and has worked with the city before, said Juny Marmolejo, senior design engineer with The Holt Group, which the city contracted with in 2017 to prepare preliminary design plans and specifications for the compliance project, the council report stated.

“We do have experience with them. and they’re a good contractor,” Marmolejo said.

The Holt Group had also been contracted to serve as bidding services coordinator.

“The sooner we can award it, the sooner the contractor can get started,” Marmolejo said.

The project is expected to take about a year to be completed, with the finalization of the project by the state Division of Drinking Water possibly adding another two months to that time frame, Marmolejo told the council.

During its Feb. 22 meeting, the City Council unanimously approved a resolution authorizing the city manager, city treasurer, and three council members to act as signatories for financial transactions, such as approving deposits, signing checks and orders for payment of money, and/or withdrawing investment monies to and from the city’s accounts with Mechanics Bank.

City officials also took the opportunity to issue a reminder to the public that starting Monday, March 1, Orchard Road between the Alamo River Bridge and Fourth Street will be closed due to a road improvement project.

The temporary closure is expected to last about four weeks but could potentially be in place for up to six weeks, Wells said.