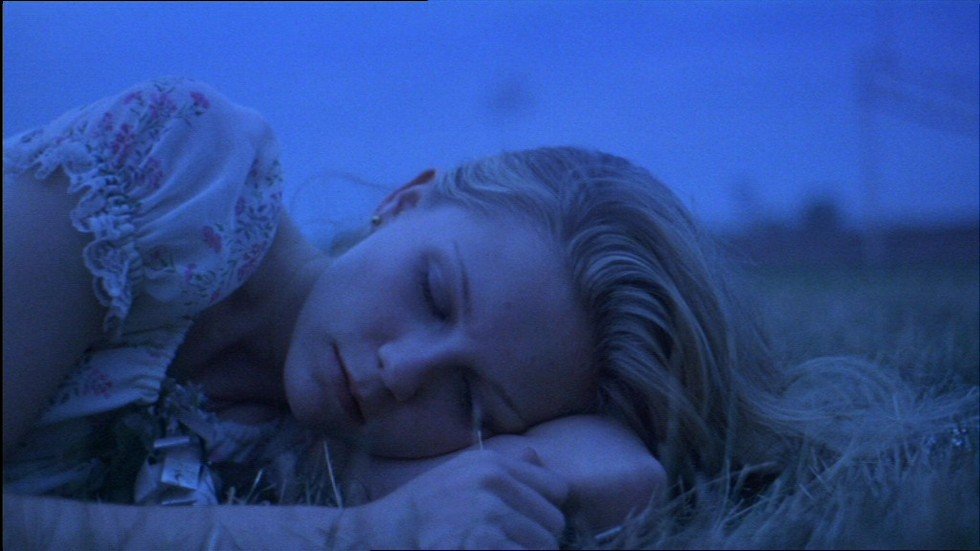 Actress Kirsten Dunst appears in a scene from the 1999 Sofia Coppola film, “The Virgin Suicides,” which is streaming on Prime Video. | COURTESY IMAGE
In Opinion

Stream N’ Chill: It’s Not Lost on Me

I watched my first Sofia Coppola film this past July, and similarly to most initial viewings of my favorite films, struggled to distinguish love from infatuation.

I feel a bit foolish praising or attempting to contribute to the discourse surrounding “Lost in Translation,” a film that is in every way entrancingly methodical as paradoxical.

It acquainted me to one of American cinema’s most beloved auteurs: a woman, who in her youth worried whether she was a dilettante, coalesced her passions, including but not limited to, fashion, art history, and music, into a captivating, signature style and mise-en-scène.

With “Lost in Translation,” Coppola assiduously reminds us that isolation and longing are not mutually exclusive, speaking to a singular human experience about trying to connect to an unresponsive world.

When perusing Coppola’s filmography, it’s arguably easy for one to distill her approach to content and form: pastel-colored visual poems about femininity and emptiness.

But that makes sense since male directors are critiqued for their personal, hypermasculine films right?

She is at her best when she paints a meticulous anthropological portrait, prioritizing what’s under the surface versus full disclosure.

If I were programming a double feature, Coppola’s 16-milimeter short would be paired with Catherine Hardwick’s “Thirteen.” Enough said. The coming-of-age film’s first shot speaks volumes, because it’s our introduction to a recurring Coppola theme: a protagonist caught between disinterest and awareness. Watching this in retrospect after having seen her later works, it’s impressive that she identified a through-line for her entire filmography.

Set against the backdrop of mid-’70s suburban America, Coppola’s feature directorial debut centers on the withdrawn, mysterious Lisbon family, particularly the adolescent sisters — the object of desire for the neighborhood boys. While revisiting this film, I was taken aback that the gritty, difficult scenes were overlaid with a green filter. I thought to myself, isn’t green symbolic of vitality and life? When describing the pamphlets about suicide being handed out to students, one faculty member remarked that they decided on green because it was “cheerful, but not too cheerful” and “certainly better than red.” Through this visual cue, Coppola suggests that life as we know it can instantaneously change. For the group of teenage boys, it certainly did.

“Lost” is a meditation on individuals who stare out windows and attempt to make sense of their surroundings. Now, place them in a foreign country and you have a tour de force. In the crowded, metropolitan streets of Tokyo, silence is expressive. Dealing with jet lag and personal crises, Charlotte (Scarlett Johansson) and Bob (Bill Murray) trade knowing glances prior to their first conversation. What transpires is the love affair of two minds and our frustration in determining whether it’s forbidden or not. But no, I love the ending. Just the way it is.

When he watches his daughter, Cleo (Elle Fanning), perform a skating routine to Gwen Stefani’s “Cool,” Johnny Marco (Stephen Dorff) expresses the same amount of enthusiasm as for the twins pole-dancing at the edge of his bed. This is the aimless Hollywood actor’s mindset: completely checked out — while checked in at the Chateau Marmont. It’s disquieting to see Johnny hitting one rock bottom after another — sometimes in front of Cleo. While incredibly flawed, Johnny is redeemable thanks to Coppola’s ability to empathize with those who don’t typically receive that treatment in conventional storytelling.

While Coppola’s aesthetic sensibilities in “The Bling Ring” were a sudden departure from her precedent heavy utilization of monochromatic color schemes, it only confirmed Coppola’s unwavering approach to content and form: complete alignment while deviating from expectation. To illustrate, when we are first introduced to the titular group in Calabasas, California, the frames are overexposed to suggest that there is not much under the surface: they have no depth or in their case, shrewdness. The 2013 film is a revelation in its depiction of the transition between the 2000s and 2010s, commenting on the movement toward individuals seeking out and feeling entitled to fame. Brian Reitzell’s score is genius. Per usual.

Coppola subverts the oft male-driven buddy film genre by pairing Bill Murray and Rashida Jones in a father-daughter comedy set in present-day New York City. In Coppola’s films, the setting serves as a crucial supporting character. In addition to her free-spirited father Felix’s (Murray) sleuthing into her rocky marriage, the metropolitan city invigorates Laura’s (Jones) desire to break out of her clockwork life. She hops around and socializes with her father’s expansive network of friends at haunts like 21 Club and Indochine. Somebody babysits the kids. She even ventures to Mexico for a bit. In the process of resolving her marital woes, Laura redefines her femininity, finding a balance rather than a compromise between motherhood and individuality.

Miranda Montenegro is an El Centro resident, a graduate of Southwest High School, and a March 2020 graduate of University of California Los Angeles with a Bachelor of Arts degree in English and concentration in Film, Television and Digital Media. Montenegro, who has interned at Sony Pictures Entertainment, Montecito Picture Company/Ghost Corps Inc., and Focus TV Network, has written and directed a couple of short films and is currently applying to graduate film school.