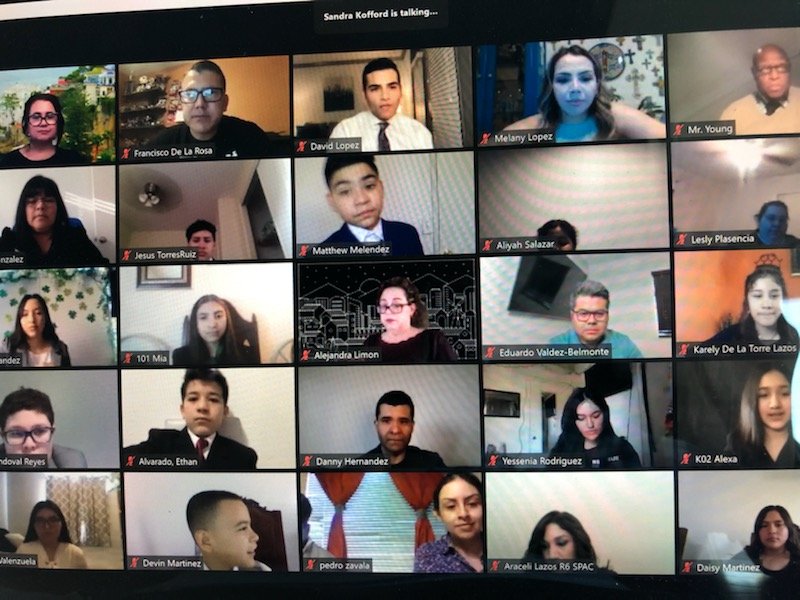 The virtual competition heated up as Imperial County migrant educations students went at it during the 12th annual Imperial County Office of Education Migrant Education Program Speech and Debate Tournament on Saturday, Feb. 27. | PHOTO COURTESY OF IMPERIAL COUNTY OFFICE OF EDUCATION
In Education

For Calexico, the big winner was Enrique Camarena Junior High seventh-grader Luz Gabriela Franco, who won the extemporaneous, or unprepared, speech competition and took third in the prepared speech category for her grade level.

“I am extremely proud of the work that our migrant student fifth through 12th-grade speech team displayed during practices and the tournament. Our migrant coaches were very supportive and made sure that our students were prepared to compete,” Limon stated.

“We would like to extend our congratulations to all of the Imperial Valley migrant students who participated this year, especially since the event was held virtually via Zoom. We would also like to thank the ICOE Migrant Region 6 administration and staff as well for this event,” Limon added.

In all Calexico Unified came away with five students who placed in the competition.

The 12th annual event, held virtually this year, saw students from the fourth grade through seniors in high school compete, with the competitions taking place during the first half of Saturday and an awards ceremony in the afternoon, according to ICOE Migrant Ed Director Dr. Sandra Kofford.

Keynote speaker during the ceremony was David Lopez Larios, a former migrant student who participated in the ICOE speech and debate competition from seventh through 12th grade, Kofford stated.

Larios, of Holtville, is the FFA Western Region vice president and a freshmen California Polytechnic University, according to Kofford.

Other finishers for Calexico include double placer, Siara Aguiniga, ninth grade, who finished second in extemporaneous and third in prepared.

For Holtville, in addition to Mia Ruiz, Hope Nery, and Melany Lopez, another double finisher was fifth-grader Yanesi Padilla, who took second in both categories.

For a complete list of winner county-wide, read the story online.