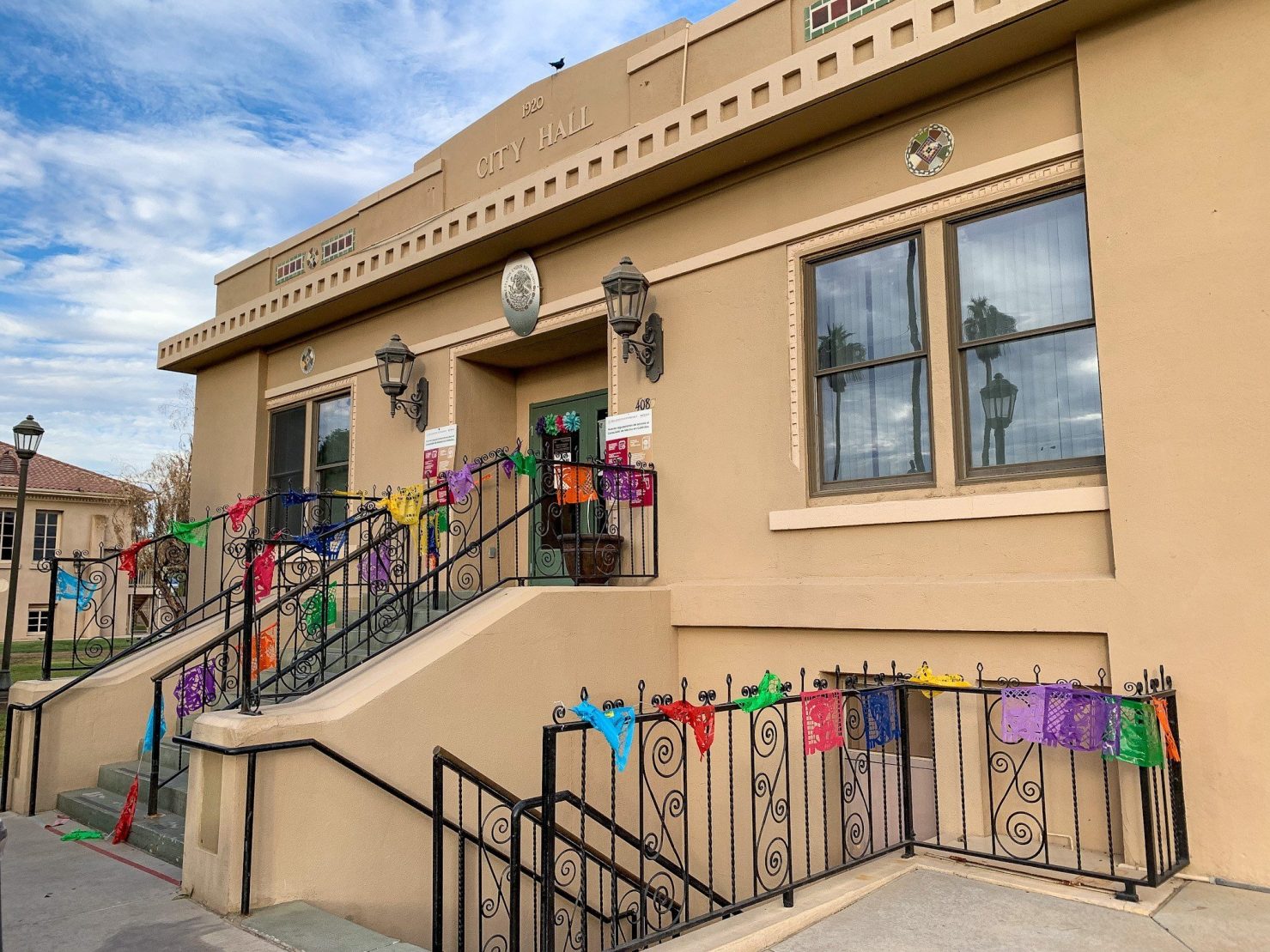 The former Calexico City Hall at 408 Heber Ave. in Calexico is now the site of the Mexican consulate office. A press conference was held there on Wednesday morning, March 3, to discuss the consulate's efforts to assist in helping identify the deceased in Tuesday's fatal collision outside Holtville in which 13 people were killed. | FILE PHOTO
Home
Public Safety
In Public Safety

CALEXICO — Representatives of the Consulate of Mexico in Calexico were present at the deadly crash site in the Holtville area as well as at local hospitals on Tuesday, March 2, to help gather information regarding the nationalities of the deceased and injured, Consul Tarcisio Navarrete Montes de Oca said.

Thirteen people were killed Tuesday — 12 at the scene and one in El Centro Regional Medical Center — following a wreck at the intersection of 115 and Norrish Road in which a tractor-trailer rig traveling north on the highway collided with a westbound sport-utility vehicle carrying 25 people, according to the California Highway Patrol.

During a press conference on Wednesday, March 3, the consulate’s office disclosed that it had been in contact with the families of six of the 10 Mexican nationals that had died because of the collision, and that one of those families resided in the San Diego area.

The Highway Patrol was able to share some documentation that allowed the consulate to contact next of kin for some of the injured and dead passengers, but there were some individuals whose identification and nationality had yet to be determined as of Wednesday, Beltran said.

The consulate said it was not made aware of where the vehicle had departed from or where it was traveling to before the collision.

Nor was it aware of any human-smuggling investigation potentially being pursued by either local or federal authorities in connection to the fatal incident.

A San Diego-area news station reported late Tuesday night that a team of special agents with U.S. Homeland Security Investigations were in Imperial County looking in to human-smuggling in connection with the crash.

Around noon March 3, El Centro Sector Border Patrol issued a statement acknowledging that the Ford Expedition in the crash was one of two vehicles that made it through a breach in the border fence on Tuesday morning.

Meanwhile, the consulate further disclosed that four of the injured passengers that had been hospitalized in the Valley were discharged sometime Tuesday.

“The authorities have not come for them as far as we know,” Beltran said. “They went wherever they wanted to go.”

Most of those injured in the wreck were Mexican nationals, and preliminary information suggests that none of the deceased were related to one another, Beltran said. He did not have any information regarding the status of those who had more serious injuries and who were taken to hospitals outside of the county. At least three of those remain to be identified, he said.

The same San Diego media that reported the HSI investigation also reported that consular officials in San Diego stated two of the six individuals in San Diego-area hospitals were citizens of Guatemala. The nationality of the remaining four were not known at the time.

The consulate’s department of protection, which provides services for Mexican nationals in distress, has been called on to assist the injured parties with transportation or with assistance returning to Mexico, Beltran said. The consulate is also able to assist with the repatriation of the bodies of the deceased, as well as provide financial assistance to do so if needed.