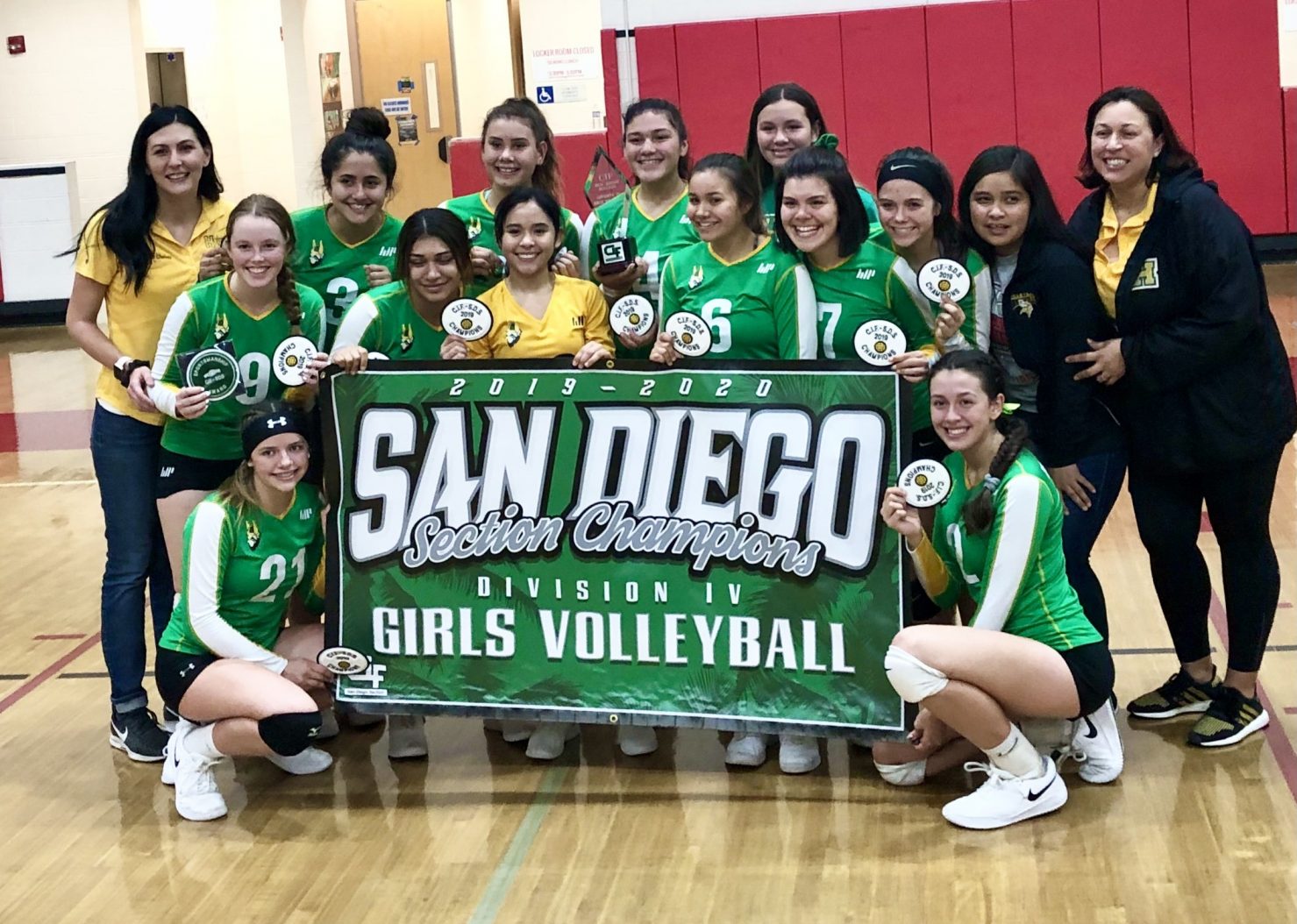 Settlement to Allow All Sports Statewide

Two weeks ago, it was football and outdoor high-contact sports, and now it is the indoor sports that scored a victory in court.

A settlement announced on Thursday, March 4, paves the way for all sports, including indoor activities, to resume statewide when a county reaches adjusted COVID-19 case rates of 14 per 100,000 people.

It will be up to each school and district whether to allow indoor sports. The three sports still in question for Imperial Valley high schools are volleyball, basketball, and wrestling.

“We’ve been waiting for this day and praying and hoping it would come sooner than later,” said Chelsey Strahm, Holtville High’s fourth-year volleyball coach. “Last year ended on a bang, and I know the girls want to get back out there and get the chance to play again.”

Strahm’s Vikings won the CIF-SDS Division IV volleyball championship in 2019 and her seniors were hoping for a chance to repeat that feat.

Volleyball, a CIF-San Diego Section Season 1 sport, has a set end date of April 3, and due to CIF-SDS guidelines, it will not have a section playoff tournament or championship.

“I’ve got four seniors that are all super excited just to get the chance to play,” Strahm said after hearing the announcement Thursday. “Last week our (COVID) numbers were low enough for volleyball, but we are running out of time.”

C.J. Johnston, Holtville High’s athletic director and vice principal, stressed that even though the settlement was reached that all sports could resume, the ultimate say comes down to the Imperial County Public Health Department.

“We get our direction from the county health department on what can start and how to proceed,” Johnston said. “We are prepared for the indoor sports but have to wait until we are given the green light by the county.”

County Public Health Director Jeanette Angulo said Thursday afternoon that the state is expected to update its guidance documents on youth sports in the next day or so, but she did not have any further details.

“We are waiting and working with the state of California,” she said. “More details are to come. There’s not much to share at this time.”

County Public Health is meeting with state officials on a near-daily basis, she said, and developments regarding youth sports would likely take place then.

Angulo referred a reporter to the state’s COVID-19 industry guidance page, where guidance documents for a variety of sectors and activities are archived, including youth and recreational sports documents.

The last updated guidance document was posted Feb. 19, at the very bottom of the page. That is where the new documents will be updated in the coming day.

For the most recent youth and recreational sports guidance document, visit here: https://bit.ly/3c120TQ

Meanwhile, at Southwest High in El Centro, Athletic Director Ruben Valenzuela said there are still a lot of questions to be answered.

“We’ve yet to hear from the county regarding the announcement, but we’ve got tentative schedules in place for volleyball, basketball, and wrestling,” Valenzuela said. “We’ve got a few weeks before basketball and wrestling would get going, but we need something pretty quickly for volleyball.”

Vincent Memorial Catholic High School in Calexico has the smallest enrollment of Imperial Valley high schools beginning competition. Athletic Director Jesus Gonzalez said his biggest issue is the fact that athletes are only allowed in one cohort at the present time.

“There are too many sports going on at one time,” Gonzalez said. “With our enrollment we need to be able to have the kids play multiple sports or we won’t have the numbers to be able to compete.”

The multiple sport issue could be resolved as early as next week.

“One of the biggest concerns obviously is the kids can only do one sport,” Valenzuela added. “When the indoor sports are given the green light, we’ll have kids leaving other sports to go play. We should know more next week if kids will be allowed to be in more than one cohort.”

According to CIF-SDS guidelines, the basketball and wrestling seasons would get under way later in March and the season would run through the end of May as Season 2 sports.

Previous
Holtville Kinders to Return to Campus March 9, Other Grades to Follow