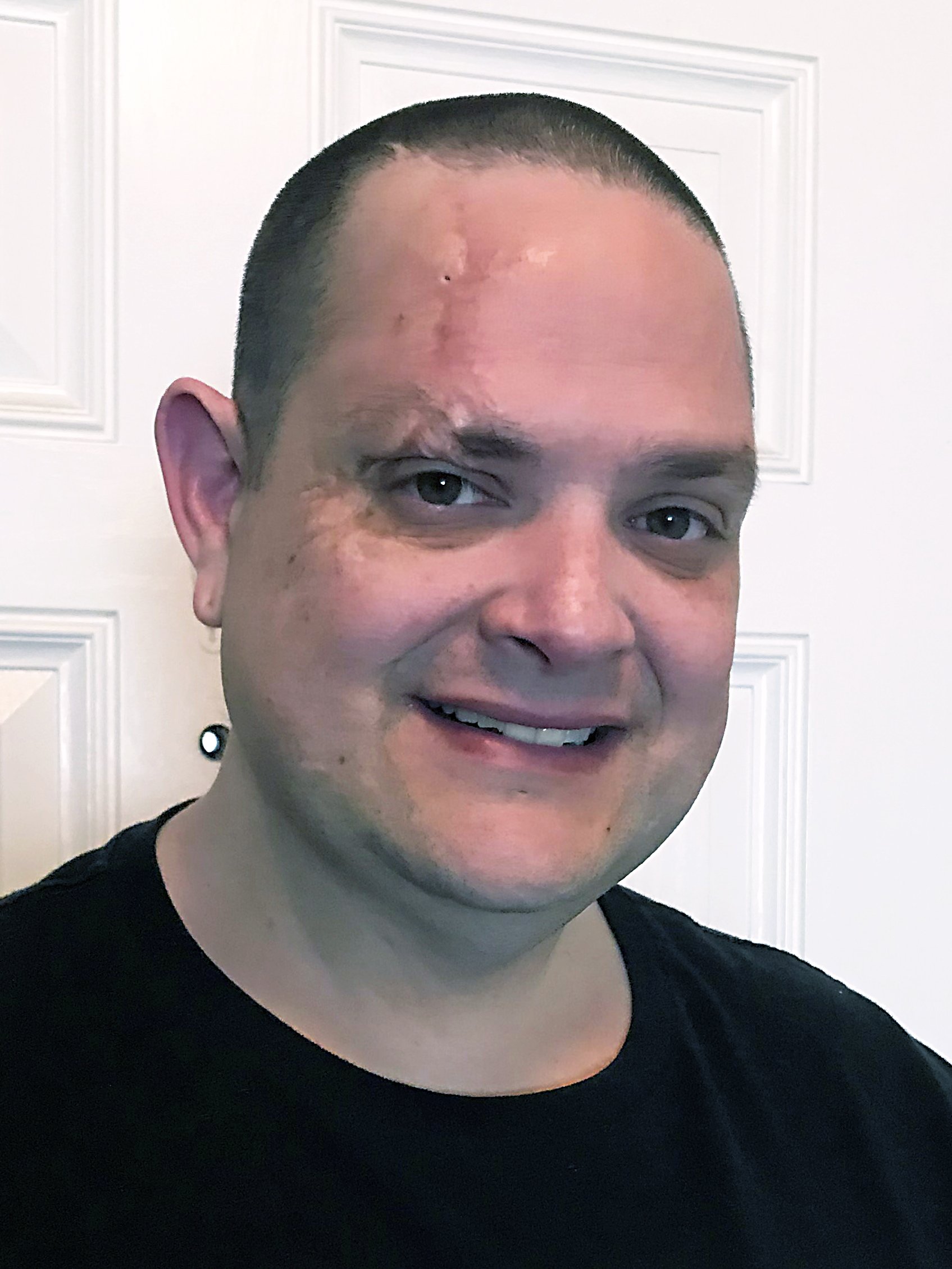 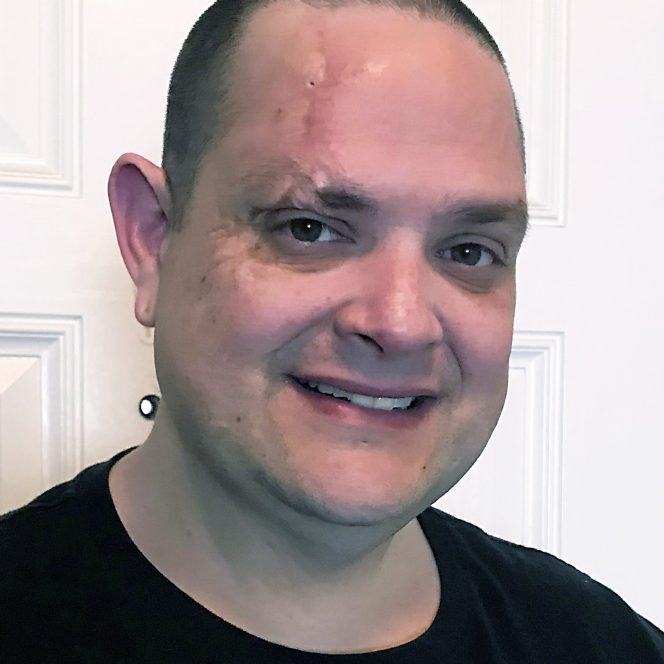 Richard Montenegro Brown, editor of the Calexico Chronicle and Holtville Tribune
In Opinion

Within seven hours after 13 human beings were killed, 12 of whom died right there at Highway 115 and Norrish Road outside sleepy little Holtville, a shaky cellphone video showing the carnage of the moment was sent out among “friends,” and then “friends” of “friends.”

The video was shocking, indeed, but not for the reasons it still sits with me today.

I was sent a copy around 1:30 p.m. Tuesday, March 2, and in the heat of the moment to report the story and keep our readers updated, the video seemed like another source of information, as grotesque and troubling as it was, to build upon a story that had national import from a local stage.

It’s been in the wake of the crash itself, the time taken to consider the gravity of the events and the enormity of the issue, that this cellphone video, this rash decision by what was likely a first responder to record a very intimate, private moment, that is the most troubling.

Before you read any further, this is not the piece of writing where the first responders become villains. Those men and women who endured that scene, who had to respond to that bloodshed, checking for signs of life on each and every man and woman ejected onto the roadway or crushed within the confines of the twisted wreckage of that SUV itself, they are in my thoughts, just as much as that scene is in theirs, intractable, painful, nightmare-inducing.

But that doesn’t excuse this one person who chose to take their cellphone — maybe their personal phone, maybe their work-issued device, as if it matters — and film for 1 minute, 22 seconds the images of someone else’s suffering, glimpses of death and dying.

In that minute and a half, give or take a few seconds, we see what was clearly the 16-year-old boy referenced by California Highway Patrol as a survivor in the collision, barely conscious, writhing in pain, waiting to be rescued.

Most troubling of all, we see the body, eyes wide open, a trickle of blood on her forehead, of a woman hanging out of the rear of the SUV, a moment the cameraman lingers on, however long a person can linger in the span of 1 minute, 22 seconds.

To think, this person on the human end of that cellphone thought it a good idea to pull it out, walk up to the SUV, and take their phone and maneuver the device into the broken side window of that Ford Expedition.

To think, this person thought it an even better idea to share that snippet, to send it to a friend, who disseminated it to others, and so on.

On Saturday evening, March 6, I called Holtville Fire Chief Alex Silva and asked for his blessing to write this piece. He was first on scene, and he knows about the video. In fact, Silva, a member of the Holtville City Council, and Holtville’s city manager all met to discuss how this clip made the rounds, a video that rightly angered the council member.

Silva assured them, and assured me, that this video didn’t come from his guys; they are just as disappointed that it got out as anyone, as they, too, are dealing with the emotional and mental aftermath of an accident scene that is the worst in what Silva says is 30 years on the job.

It’s not clear who would have done such a thing, but this we know: one foolhardy first responder was not thinking clearly, and not thinking at all, at least on a humanitarian level, when he chose to click that send button to whomever was on the other end.

Dumb. Cruel. Careless. Where’s the empathy, the compassion, the decency?

Why weren’t you helping, instead of filming? What made you think that holding your cellphone was more important than holding the hand of a scared teenage boy or girl with a tenuous grip on life at that point?

What in God’s name made you linger on that poor woman’s face for a split second, but more than enough time to be etched in my memory banks at least?

That woman, seeing her lifeless face, it was heartbreaking. All this talk about immigration, legal or illegal entry, and all the surrounding conversations that have happened and are still to be had, it’s all just white noise when you look into those eyes.

That woman, that was someone’s daughter, sister, maybe mother or wife. Perhaps she left someone behind, never to be seen again, or was on her way to meet another, a destination to which she’ll never arrive. Infinite sadness, either way.

The fact of the matter is, there were already passersby on site, civilians who were driving along when the collision occurred, or just after, who got out of their vehicles and were milling about the scene. Silva saw them when he got there, but there’s no way that a civilian shot that video, not when firefighters in turnout gear and department blues are mere feet away, yanking on the passenger-side door of the SUV to help free the injured.

Holtville officials weren’t the only ones steamed about the video making its way around Facebook land, this imaginary social media bubble we’ve all constructed and bought into that makes the “sharing” of such horrific imagery possible, with zero accountability and maybe, just maybe a crumb or two of guilt if we’re lucky.

Heck, I’m guilty, too, right? I watched it, several times. I used it as a descriptor of the horror, shock, and sadness of the day, defensible because of its “newsworthiness.”

There’s a man behind that cellphone, and one can almost make out a reflection in the glossy burgundy paint job of the mangled Expedition. Maybe that’s just wishful thinking.

For certain, all the parties in a position to know better and do something about it are invoking the “Kobe law” on this thing.  I’m not delivering any information the Internet has not already shoved in our faces, but just in case, the “Kobe law” I’m referring to is Assembly Bill 2655, named the “Kobe Bryant Act of 2020” by its author, Assemblyman Mike Gipson, D-Gardena, whose 64th Assembly District is in the heart of Los Angeles, smack dab in Laker country.

Signed into law in September 2020, the act went into effect Jan. 1, and makes it a misdemeanor crime for a first responder to take photos or video, “images” is the legal definition, for any purposes outside the realm of investigation and disseminate them to the public.

In the late Kobe’s case, it was cellphone pics of the bodies of the Laker legend, his 13-year-old daughter, Gianna, and the remaining passengers on the helicopter they were traveling in that crashed on a Calabasas, California, hillside on Jan. 26, 2020.

Several Los Angeles County sheriff’s deputies took photos of the scene, some were even found to be showing off the photos to people in a bar.

According to the law, first responders are subject to a $1,000 fine for each offense if found guilty. The law is more ceremonial than punitive, but it makes its point: Don’t be callous and careless, and, for God’s sake, act with the responsibility and respect your job demands.

First responders, we value you, respect you, hold you up for the things you face and the lives you save. The public, we, me, I, just want you to act accordingly. And I believe 99.9999 percent of the time each and every one of you do.

For 1 minute, 22 seconds, however, and whatever time it took to share, one of you violated that trust and dishonored your brothers and sisters in a really awful way, and made a mockery of the lives of 13 dead men and women, and 12 severely injured survivors.

IMHO, short for “In My Humble Opinion” or “In My Honest Opinion,” will be the occasional opinion column from Calexico Chronicle and Holtville Tribune Editor Richard Montenegro Brown. Brown has worked in the newspaper industry for more than 25 years, many of those as an award-winning columnist and editor of news teams at both local and larger-market daily newspapers. One of his last assignments was working as breaking news editor for the Press-Enterprise during the San Bernardino terrorist attacks on Dec. 2, 2015.

Next
LETTER: Fair CEO Gives Thanks for COVID-altered Livestock Event