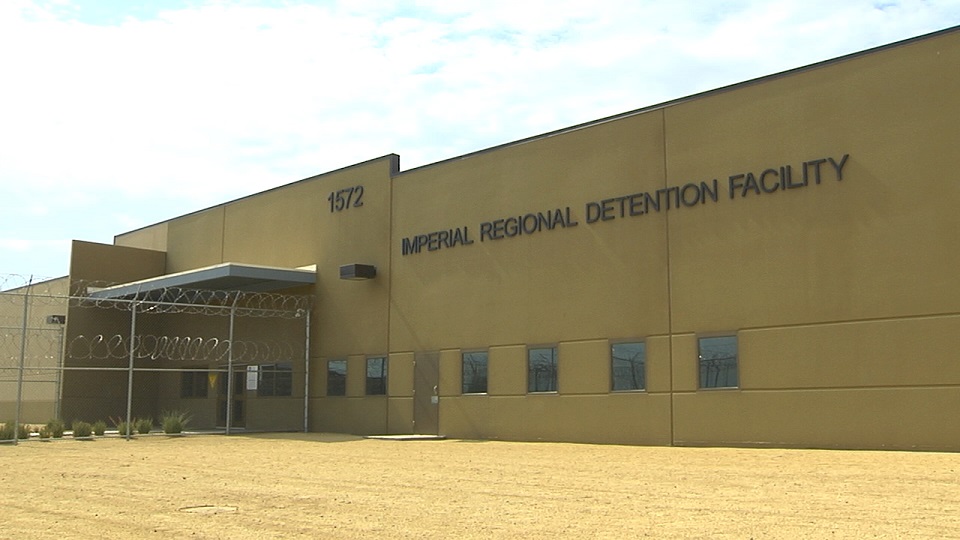 SAN DIEGO — A detainee who was housed inside the Imperial Regional Detention Facility east of Calexico pleaded guilty in federal court in San Diego on Monday, March 9, to phoning in a fake bomb threat to that same facility back in January.

Manuel de Jesus Rodriguez-Hernandez, a 33-year-old undocumented immigrant who was housed as a civil detainee awaiting federal immigration proceedings, now faces a statutory maximum of five years in federal prison for the crime and a $250,000 fine, according to Assistant U.S. Attorney Brian L. Hazen in a statement from the U.S. Attorney’s Office, Southern District of California.

The fake bomb threat was first reported in the Calexico Chronicle on the afternoon of Jan. 13, when calls of the threat went out over public safety radio channels.

Around 4:20 p.m. Jan. 13, both the Imperial County Sheriff’s Office and the county Fire Department’s bomb squad personnel responded to the scene, closing the access road leading to the facility some six miles east of Calexico and south of Holtville, and cleared the facility to perform a sweep for suspicious items.

That afternoon, Rodriguez-Hernandez called the U.S. Department of Homeland Security’s hotline from inside the facility and said that earlier in the day he had been speaking with his wife on the telephone when the line was interrupted by an unknown person who said there was a bomb at the detention center that was going to explode, according to the press release.

Apparently, U.S. Immigration and Customs Enforcement, which contracts with Management & Training Corp. to operate and staff the facility, notified MTC of the threat and “security personnel activated emergency protocols, which included the deployment of the bomb squad from the Imperial County Sheriff’s Office,” the released stated.

Rodriguez-Hernandez, the U.S. Attorney’s Office states, separately approached a detention officer and told the same story about a bomb inside the facility.

After the local bomb squad found no trace of a bomb, the U.S. Attorney’s Office said Rodriguez-Hernandez admitted in an interview that he fabricated the bomb threats.

The U.S. Attorney’s Office statement does not indicate a motive behind phoning in the threat.

It was also unavailable from what country Rodriguez-Hernandez originated, or whether he is still in the detention center, or another correctional facility.

When Rodriguez-Hernandez will be sentenced also was not made available.

The Imperial Regional Detention Center is a privately owned facility at 1572 Gateway Road in the Gateways to the Americas development zone established east of Calexico by the county of Imperial a number of years ago. The facility is staffed with private security and management hired and maintained by MTC, but the use of the facility is under contract with the federal government.