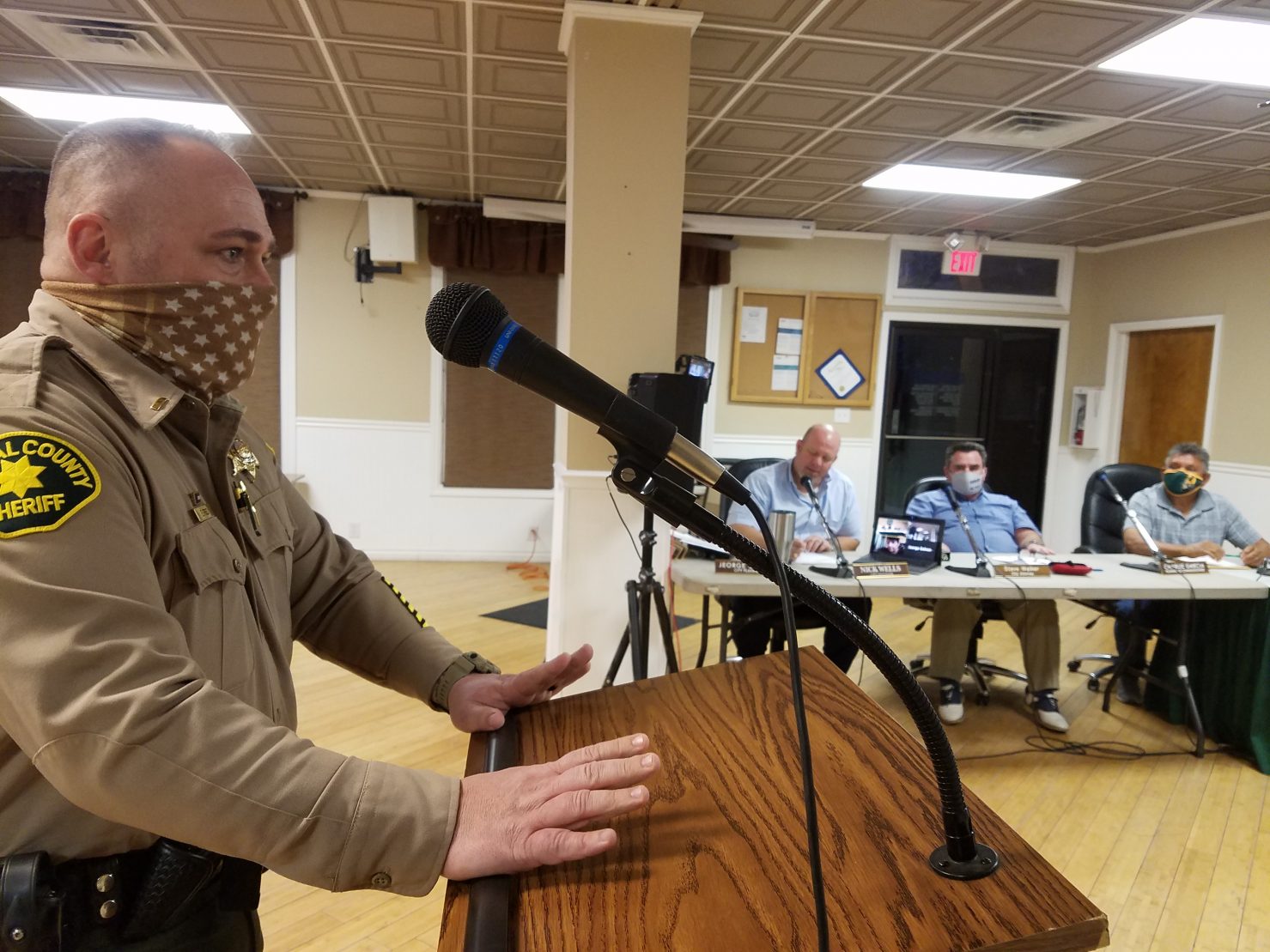 HOLTVILLE ­— Newly promoted Lt. Emmet Fried was introduced to the Holtville City Council during its meeting on Monday, March 8, as the new lieutenant assigned to the Imperial County Sheriff’s Office south county operations, which oversees Holtville.

The introduction was made by Undersheriff Fred Miramontes, who explained that Fried has been with the agency for nearly 20 years and had served as a sergeant since 2005.

“It’s about time that he moved on to his next venture,” Miramontes said.

Fried had previously served as supervisor for the ICSO’s Court Services Division and currently serves as president of the Imperial County Deputy Sheriffs’ Association.

The Tampa, Fla., native told the council he was glad for the opportunity to meet them and that they should feel free to contact him with any questions and concerns.

To read more about Fried, visit a story on different types of essential workers here.

Next
Memorial Service at Holtville Crash Site Honors the 13 Migrants