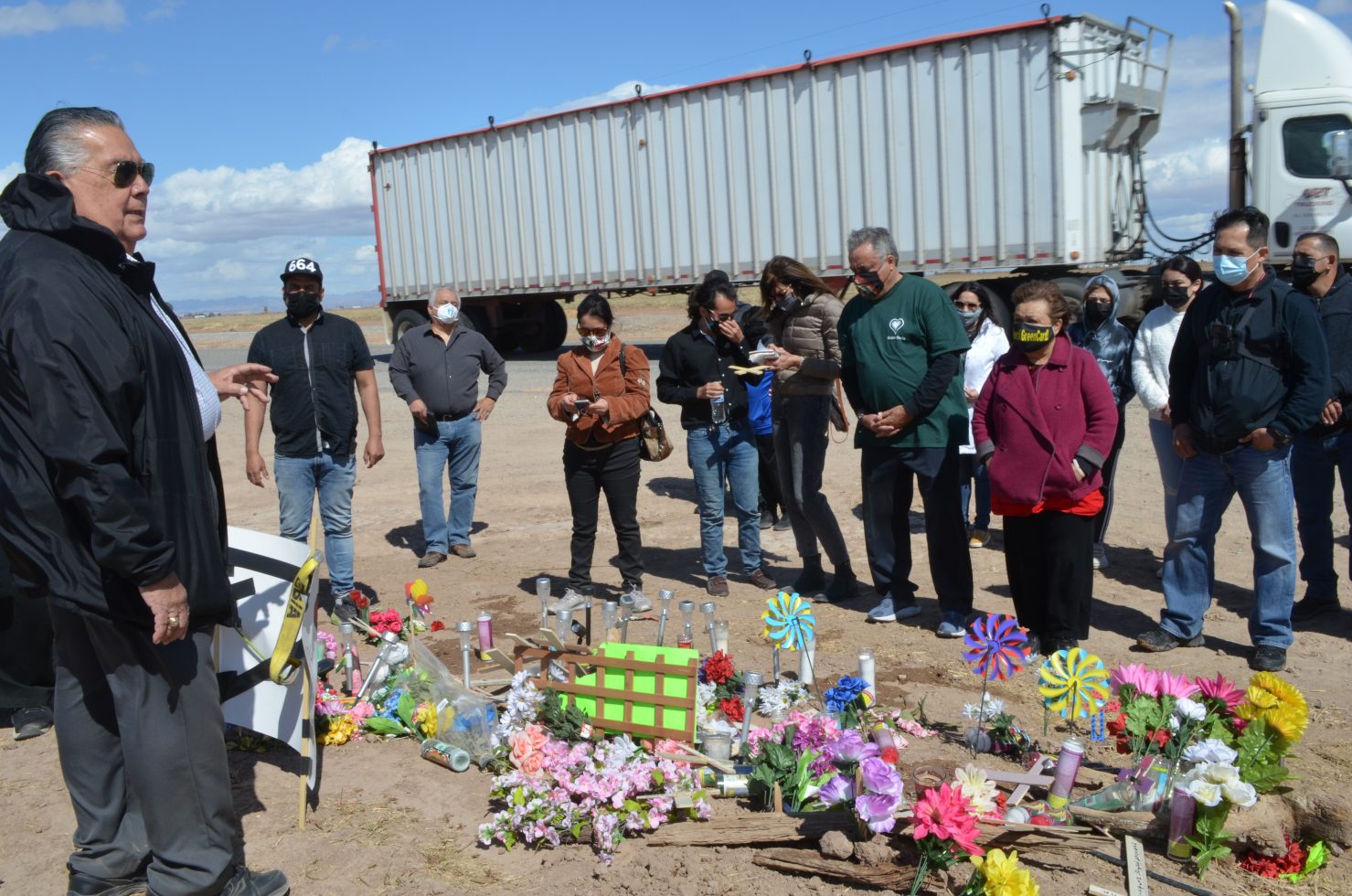 HOLTVILLE — Dozens of people gathered at the northwest corner of the intersection of Highway 115 and Norrish Road outside of Holtville on Wednesday, March 10, for a memorial service in honor of the 13 individuals who lost their lives when the vehicle they were travelling in was struck by a tractor-trailer.

The deceased were among 25 immigrants traveling in a vehicle that reportedly had crossed illegally through a hole in the border fence east of Calexico on March 2, authorities have said.

Among those who spoke during the memorial service was county Supervisor Ray Castillo, Calexico City Councilman Raul Ureña, and multiple immigrant rights supporters.

Wooden crosses that had the names of the deceased were placed in the ground at the site while individuals took turns reading aloud the names. As each of the deceased’s name were called, those in attendance responded, “Presente.”