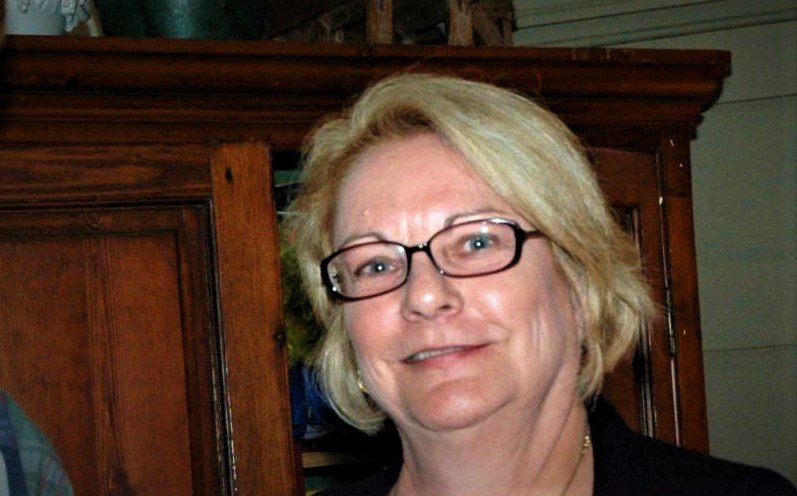 Kay Day Pricola stepped down from her role as executive director of the Imperial Valley Vegetable Growers Association and the Coalition of Labor, Agriculture and Business in December, and has officially retired again.

Although the Brawley resident does many things well, retirement is not one of them. She has since secured several consultancy agreements and is spearheading the adjacent lands issue for the Vegetable Growers Association.

The adjacent lands issue is rooted in an E. coli outbreak in romaine lettuce in Yuma that was attributed to a feedlot there. Although no outbreaks have been traced back to Imperial Country, vegetable growers are alarmed because some buyers are refusing produce that was grown within a particular distance from feedlots.

“There’s no scientific data to tell you what that distance should be,” Pricola said. “There’s been an arbitrary distance set up based on the size of the feedlot.”

Imperial County has a large number of feedlots, and vegetable growers worry that growing restrictions on nearby fields could lock them out of using vast tracts of land.

That the Valley’s vegetable growers entrusted Pricola with the adjacent lands issue speaks volumes about her ability to get things done. She is tireless, outspoken, and played a key role in turning around COLAB and the Vegetable Growers Association.

COLAB and the Vegetable Growers were at a critical juncture when Pricola came on board in March 2013. Membership was down. COLAB was in the red. Not even its webpage worked properly, she said.

The validity of the massive Quantification Settlement Agreement, which had been challenged by Imperial Valley farmers for about a decade, was upheld by the Sacramento Superior Court a few weeks after Pricola was hired. The QSA requires the Imperial Irrigation District shift the use of up to 300,000 acre-feet of water every year to coastal and urban areas.

Pricola identified three priorities: financial stability, outreach to the agriculture community, and outreach to the government entities — Imperial Irrigation District and the County of Imperial. But to do so, she needed to get a handle on water issues as soon as possible, and she needed to get her two organizations — particularly COLAB — moving in the right direction. The Vegetable Growers Association was carrying COLAB’s overhead, and the latter owed the former $17,000, she said.

Stanching COLAB’s losses was relatively easy, Pricola said. It simply took some attention to detail, some judicious cost-cutting, and some creative fundraising and community outreach.

COLAB was out of debt by October of that year, seven months after Pricola came on board.

Understanding water was a bigger task.

“I had to first figure out what’s the QSA,” Pricola said. “When you’re flung into something that’s 10 years old at that point, you have to play catchup quickly.”

Understanding the nation’s largest ag-to-urban water transfer is a major undertaking: One has to understand the history of the West, the laws of the Colorado River, and the volumes of water to which the various parties are entitled. This is where a polarizing Northend farmer stepped in.

“Mike Morgan was instrumental in teaching me all things water,” Pricola said. “He quit going to IID meetings and spent time educating me on water.”

Pricola was not hard to find before the pandemic changed everything. If she wasn’t inspecting a farm field or in her office on Business Park Way in Imperial, one was certain to find her listening closely in the audience at Imperial Irrigation District Board of Directors meetings or county Board of Supervisors meetings, as well as various other committee meetings throughout the week.

She occasionally took the podium to raise pertinent questions and deliver sharp observations to the officials seated at the dais.

“In order to influence decisions, you have to have a working relationship with the decision-makers,” Pricola said. “I had to personally be known by the folks making the decisions. To do that you have to show up at meetings.”

She worked with the IID to revise its procurement policy to favor local businesses, worked with the county and city of Imperial to improve traffic flow on Austin Road, and weighed in on all sorts of community matters, big and small.

“Kay is really one of the most knowledgeable people I’ve interviewed on ag issues and ag advocacy,” said Richard Montenegro Brown, editor of the Calexico Chronicle and Holtville Tribune, and former longtime local content editor at the Imperial Valley Press.

“Kay has the unique ability to zero in on an issue and attack it with a force that you would need for a very specialized group like the ag growers. She can be a prickly character. It’s part of her charm. It’s why she is so effective.”

Leaving COLAB and the Veg Growers is Pricola’s third attempt at retirement.

“I first retired from American Airlines when I was 50 years old, financially set, never having to work again, and I got bored,” she said. “Boredom does not suit me well.”

Calexico’s Yara Araujo is Migrant Student of the Year

Pricola sold her house in St. Louis, Mo., and moved to Brawley in 2004 to be closer to Nick Pricola, a Certified Public Accountant whom she was dating at the time. They married two years later.

She worked for Pioneers Memorial Hospital as a public relations director for six years, and retired again, when she turned 65.

“I sat around doing nothing for some period of time,” Pricola said. “I was bored.”

So she looked around and saw that COLAB and IVVGA were looking to hire an executive director.

“I went out to the webpage to find out what they did, and the webpage was not operational,” she said. “So, I turned in an application late, and they interviewed me and hired me.”

J.P. LaBrucherie was president of the Veg Growers at the time.

“It was an amazing pick. She was fantastic,” he said. “We were looking for her to be a strong voice for the veg industry. She’s kept us abreast of major challenges we’ve faced, such as food safety and labor issues.”

Pricola’s organizational, project-management, and communication skills, which she’d honed over many years working for American Airlines and Pioneers Memorial Hospital, were ideally suited for her work with COLAB and IVVGA. Both organizations gave Pricola plenty of room to maneuver and develop.

It’s hard to say how long Pricola will manage to stay in retirement this time. She looks forward to traveling when that is possible again. In the meantime, she has consultancy contracts and projects to keep her busy.

“Even if you’ve butted heads with Kay, everybody in Imperial Valley owes Kay gratitude,” said IVVGA President Scott Howington. “She’s been super effective at everything she’s touched. She has a lot of foresight. She sees things before many people do.”

This story was used by permission of Valley Agribusiness & Desert Growing Digest.