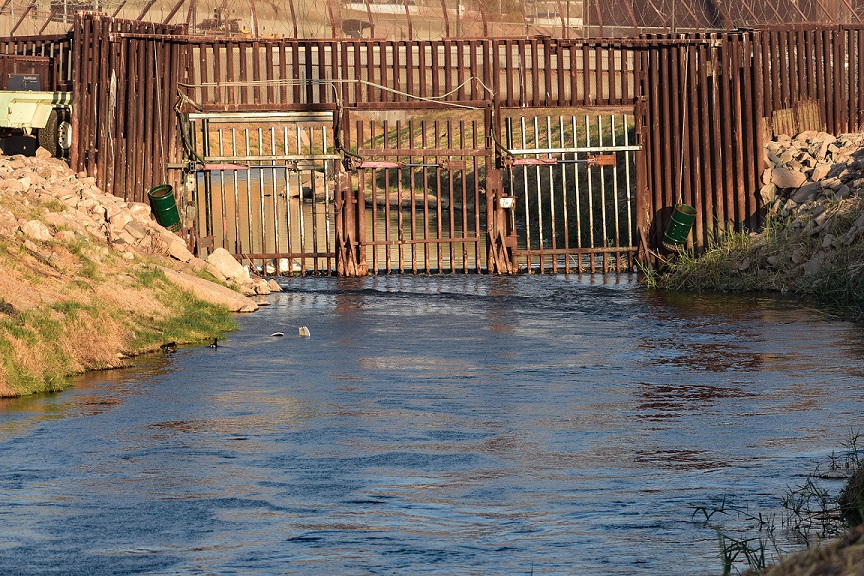 Why isn’t more thought or federal funding going into New River clean-up on the U.S. side of the border?

It’s a question that Imperial County officials have asked in their most recent letter to the Daniel Avila, acting commissioner of the International Boundary and Water Commission.

The letter, sent March 9 but ratified at the Imperial County Board of Supervisors meeting on Tuesday, March 16, outlines concerns the county has in response to a letter from Avila earlier in the year.

“The letter acknowledges the investment of tens of millions of dollars to improve wastewater facilities in Mexicali by the federal government in its attempts to improve the water quality of the New River,” said Imperial County Intergovernmental Relations Director Rebecca Terrazas-Baxter. “But in acknowledging that investment that they’re kind of touting in their letter we also express concern for the lack of action or intent to provide resources for the development of a wastewater treatment plant or system on the U.S. side of the New River.

“We also emphasize the investment the state of California has committed, $28 million for the New River Improvement Project (for the city of Calexico), while also stressing to them that that is a federal jurisdiction water way, and it is a cross border waterway,” she added.

The letter came after county supervisors discussed how to get action from the federal government to solve the international border issue. The goal is to try to sway federal officials to take action on building a wastewater treatment facility on the border to help clean the filthy waterway.

Pollution at the New River has been an ongoing issue for Imperial County residents and local politicians for decades as federal legislators have made promises they’ve almost never kept to address the toxic waters that are filled with human waste and heavy metals from the industrial and biological runoff of the city of Mexicali and surrounding areas.

The letter the supervisors replied to this month was in response to a letter from Avila that summed up what the IBWC has done regarding the New River. Actions have included the North American Development Bank helping to prevent bypasses of untreated wastewater to the New River by purchasing four mobile pumping systems in February 2018, the bank and U.S. Environmental Protection Agency exploring options for acquiring additional equipment for Mexicali in a border environment infrastructure fund project, and possibly using California Clean Water State Revolving Funds to pay for future infrastructure on the U.S. side of the border.

“We also follow up on some statements Acting Commissioner Avila made in response to discussions they’re having between EPA and CalEPA for some potential funding options,” Terrazas-Baxter added. “They talk about discussing it but there’s no follow up as to what has happened or what’s the status of those discussions, is that a funding option that is out there.

“We recommend to them and urge them to change their strategy on moving forward: as opposed to just addressing the issue at its source on the Mexicali side to also address the issue where it is most directly going to impact the residents of the Imperial County in the New River on the U.S. side.”