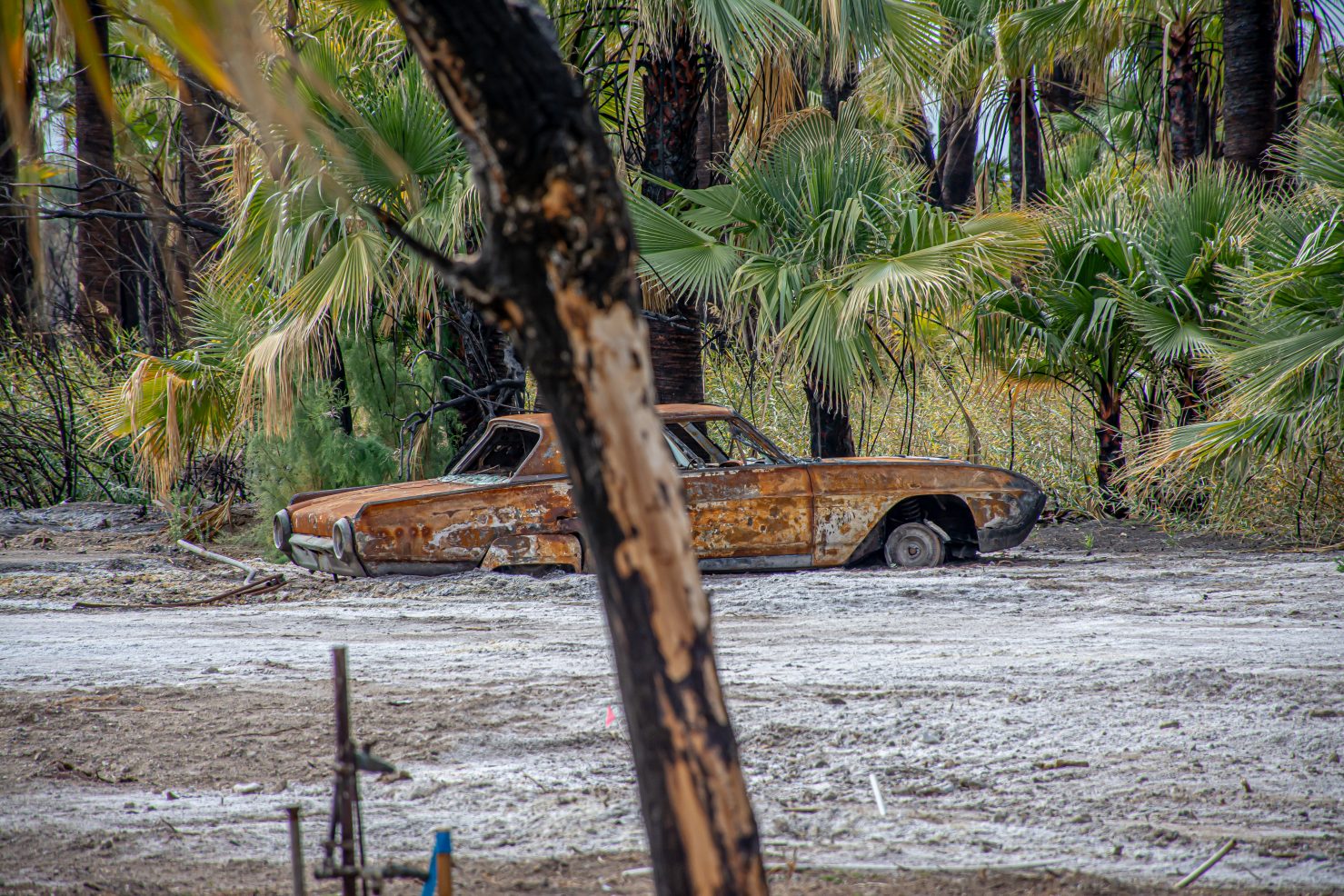 The steel husk of a burned-out car marks the landscape in Niland in January, some five and half months after the June 28, 2020, fire that destroyed huge areas of the township and left more than 30 structures destroyed and more than 30 families displaced. | CAMILO GARCIA JR. PHOTO
Home
Public Safety
In Public SafetyRegional News

Crews from the Imperial County fire academy will start to clear weeds and hold controlled burns near Niland to lower the chance of another large fire breaking out and spreading in the area.

After the Niland fire in June 2020, officials were looking for new ideas to start abating some of the weed-filled areas of the county, said Imperial County Fire Chief Alfredo Estrada.

“In the last couple of months, because of the Niland fire, we have had several meetings with local, state, and federal partners as to identifying strategic places where we’ve had historical fires, for example Drew and Lyons (Road), Cattle Call area, et cetera,” Estrada said. “But our main focus has been the Niland area. From an enforcement standpoint, we have sent several letters to the residents asking them to clean up their properties and provide defensible space. The only problem is that sometimes they lack the funding and resources.”

There have been other properties that the county has had to go to court over, but it gets costly, he said. It is a landowner’s responsibility to keep up their property, but if it is deemed a public nuisance, the county can hire a third party to clean the property and invoice the landowners. If that invoice isn’t paid, it goes to court, which could end up costing the county with legal fees.

Fire officials have looked at partnerships to help in abating weed areas, which is where the “outside-of-the-box” idea to utilize fire academy students came from, Estrada added.

On some properties, it can cost thousands to cut and dispose of the weeds in the area, he said. However, for the fire academy students, it’s a training exercise where they learn what types of properties need to be abated and how the process is handled. The students also get to handle a controlled burn site, which gives them the chance to operate the fire hoses and control the flames.

“It’s a great experience for the students,” Estrada said.

The county Fire Department is looking to hold these training sessions in late March or April, depending on when things can be scheduled with residents in the Niland area and the fire academy at Imperial Valley College, he added.