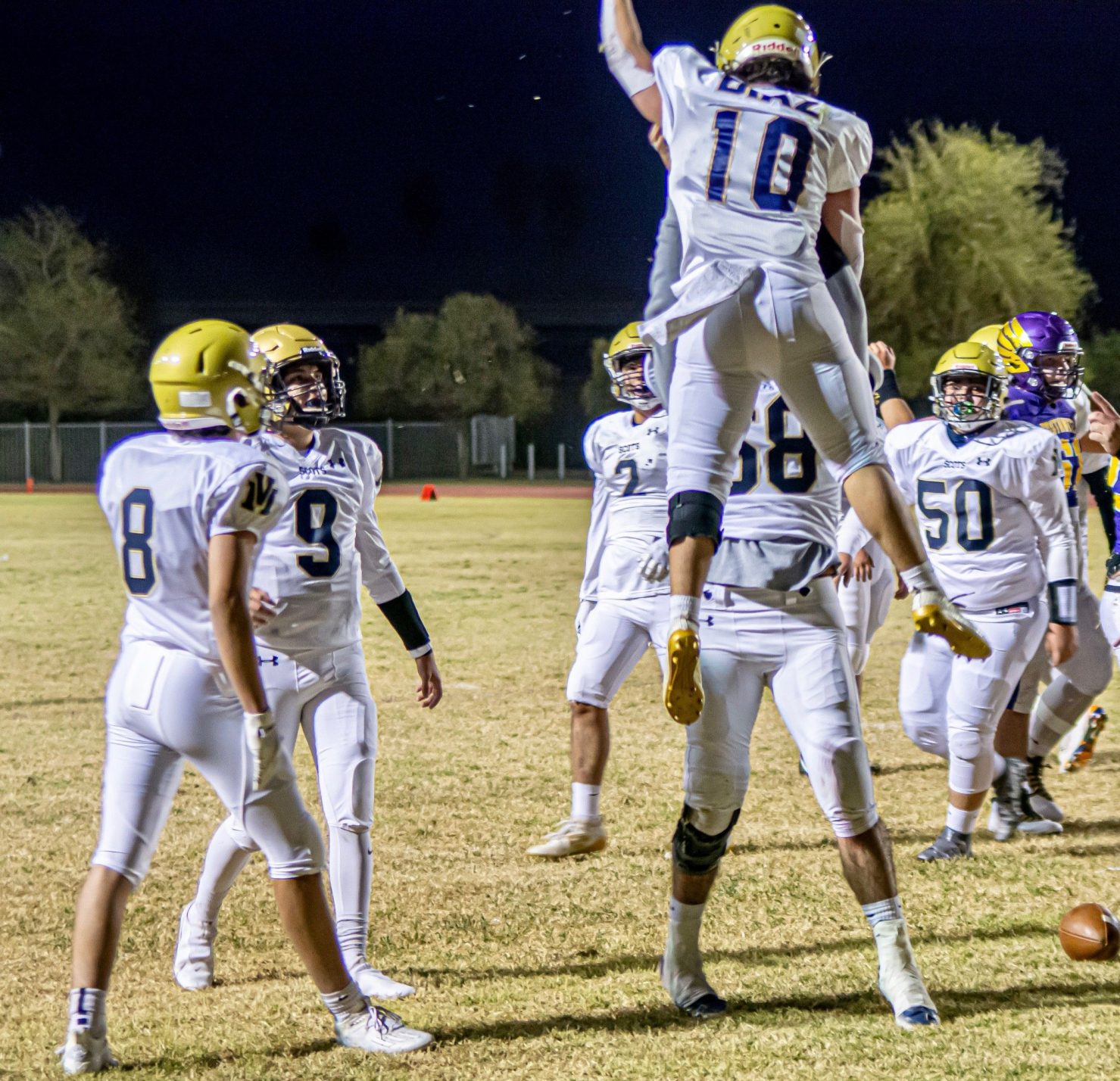 PINE VALLEY — For the second consecutive week the Vincent Memorial Catholic High School football team kept its opponent off the scoreboard, blanking Mountain Empire, 14-0, at home on Friday, March 19, in the Desert League opener for both schools.

The shutout follows a 37-0 victory a week ago against Southwest High of El Centro.

“Defensively we played really well, but our offense didn’t click tonight,” said David Wong, Vincent Memorial’s head coach. “We were really lethargic on offense, but we were able to run the ball and play good defense.”

The Scots (2-0 overall, 1-0 in DL play) were able to intercept a Redhawks’ pass midway through the second quarter and return it to the Mountain Empire 30-yard line. Using a ground-and-pound technique, Vincent Memorial was able to move the ball down the field and into the end zone on a 5-yard touchdown run to take a 7-0 lead.

Vincent Memorial would come out for the third quarter and continue to dominate with its defense. Early in the quarter, the Scots got another takeaway at the Redhawks’ 15-yard-line. A few plays later they were able to punch it into the end zone with a 3-yard rush and build a 14-0 lead.

“Luckily for us, the field-position game gave us the ball on their half of the field,” Wong said. “We didn’t play our game on offense and our defense dominated, not allowing them inside the 30-yard-line.”

Vincent Memorial’s offense will be challenged this week as they travel to Cal Jones Field in El Centro to take on the Spartans at 7 p.m. Thursday, March 25, in a cross-league matchup.

Previous
FOOTBALL: Tigers Hold On to Down Vikings

Next
SOCCER: Vikings Open Season With Win vs. Brawley